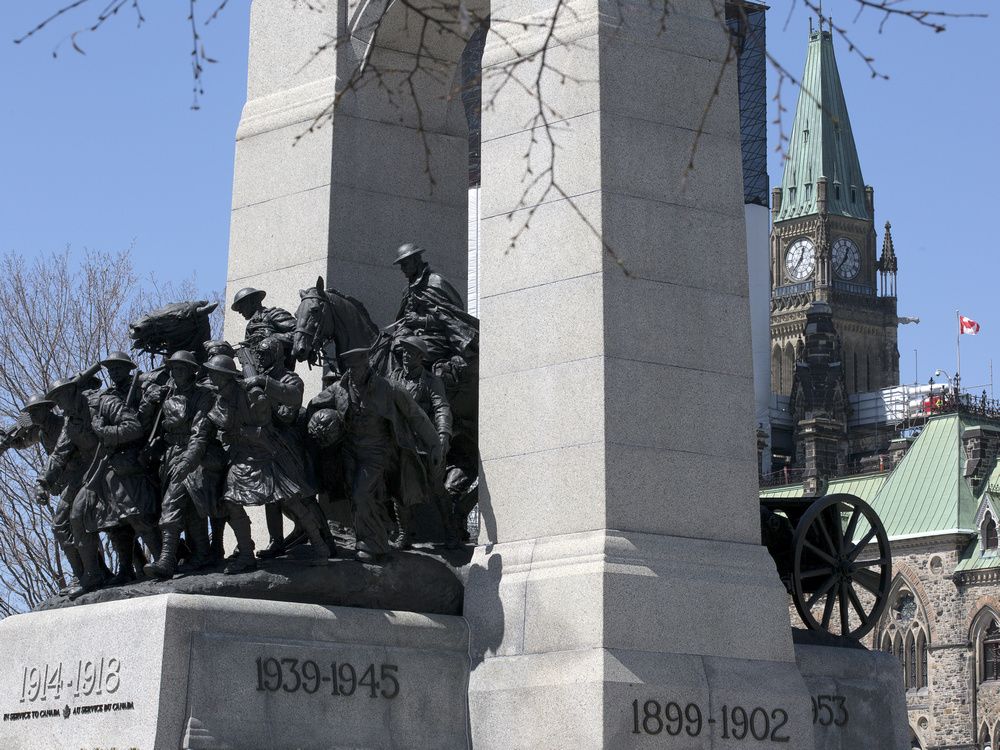 In the 21st century, nothing should be considered sacred. But we should still make an effort to be decent. For instance by not dishonouring, cheapening or exploiting the sacrifices of the people who fought and died in the country’s wars.

I’m not big on war, or the military, or even patriotism. Flags and anthems mean little to me. But I recognize, acknowledge and do my best to honor the sacrifices made on my behalf and that of my children by people who had no idea I would one day exist.

And while I do not want to sound like I wish anyone ill, I do worry that some people who aren’t behaving decently and are disrespecting war veterans may be earning themselves a life’s worth of haunting. Certainly a case could be made that they deserve it.

Case in point: council members in Wollaston Township, 250 km southwest of Ottawa, who have decided to sell a 40-hectare park bequeathed by a Second World War veteran on the condition that it be kept public and be named for the love of his life , Nellie Lunn.

Apparently local politicians think selling this for $150,000 or thereabouts is a good way to help fund a $2.5-million fire hall. Plenty of local people are protesting this idiotic decision and I hope they win.

Not only is it crass in the extreme to try to generate cash from such a romantic and public-minded gift, but it betrays one of the truths of The Universe, which is that humans die, but their hearts live on. This particular veteran’s sacrifice, gift and devotion are eternal. After all, as I’ve learned watching The Princess Bride more times than I can count, death cannot stop true love.

As awful as it is for making the best movie in the history of cinema sound like a lie, this episode is nowhere near as grotesque as the convoy-type malcontents using the National War Memorial in downtown Ottawa as a vulgar backdrop for their political theatre. Like army reservist James Topp comparing himself to the Unknown Soldier right there at the Cenotaph because evidently he thinks being opposed to vaccine mandates that no longer exists is totally the same as getting blown to bits at Vimy Ridge.

There are veteran groups who support these kinds of antics, and they are of course entitled to their opinions. But they are not entitled to use this particular memorial for their protest. It’s not a soap box. It is, as perhaps you’d guessed by the name, a tomb. The kind that has the remains of a body in it. The body of a person who sacrificed his life for our tomorrows.

We shouldn’t even have to say this. The fact that we have to shows you the degree to which this particular bunch of malcontents is trashing the social contract. Or what I fondly thought was the social contract most of us had agreed to. You know, respect the rules, respect others, and do your best not to be too much of a jerk.

In another iconic movie, the animated Twelve Tasks of Asterix, the heroes have to survive one night on a ghoulish plain haunted by the very spooky ghosts of Roman legionnaires. They are so awful they can almost scare Obelix who, as you know, is stronger than anyone. I have this vision of those who deliberately chose to trample over the War Memorial being haunted by the ghosts of wars past, until they decide to mend their ways and display some basic decency.

Nothing in society today should be considered sacred. But the National War Memorial should be off limits to protesters.

brigitte pellerin is an Ottawa writer.