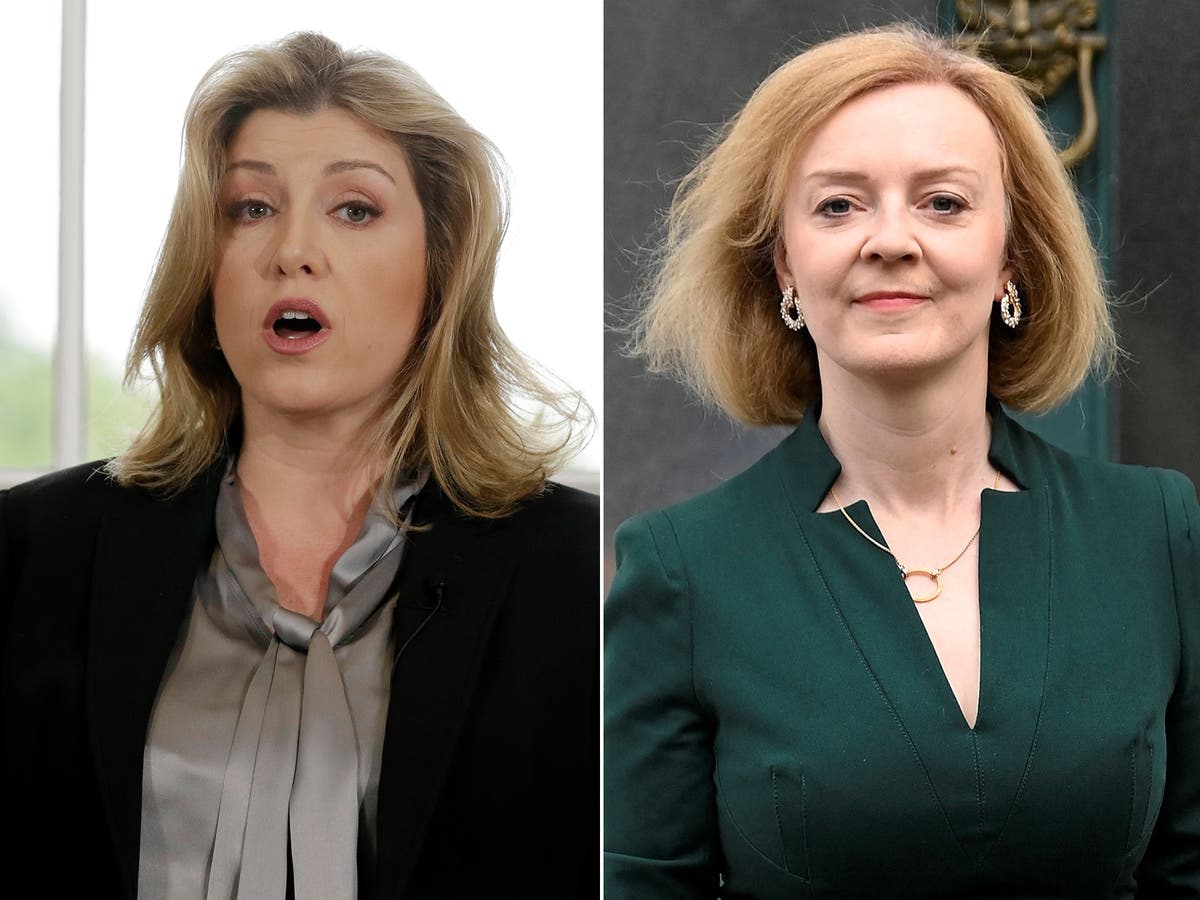 Earlier this week, the trade minister was the latest contender to drop out of the race for leading the Conservative Party after she did not receive as many MPs’ votes as Ms Truss and Rishi Sunak.

Now her supporters are putting together a “stop Liz Truss” campaign to ensure that the foreign secretary does not succeed Boris Johnson as PM, according to the Yo newspaper.

As part of the alleged plan, moderate Tory MPs are planning to lobby party members in their constituencies to back former chancellor Mr Sunak in the final vote of the entire Conservative Party membership in September, before Mr Johnson is expected to exit No 10.

The report states that some of the motives for the scheme include revenge for hostile media briefings against Ms Mordaunt, which her supporters blame on Ms Truss’s allies, and the fear that a government run by Ms Truss will see them lose their seats.

But a new poll of 730 Tory members suggests that Ms Truss is the favorite out of her and Mr Sunak.

Just 24 hours after the pair made it through to the final stage of the contest, the YouGov poll gave her a 24-point lead over her rival.

The poll – conducted after the final MPs’ ballot on Wednesday – shows that 62 per cent of party members intend to vote for Ms Truss, compared to 38 per cent for Mr Sunak.

Despite her apparent popularity, a Tory source reportedly said that a number of Conservative association chairs have agreed to lobby against the Truss campaign in an attempt to sabotage her goal of entering Downing Street.

MPs and local party chairs said they had been swamped with emails from members who are furious that Ms Mordaunt failed to make the cut, the Yo also reported.

Their perspective is in contrast to Ms Truss’s confidence that the Conservative party under her leadership would be more united, and that she’s the candidate that would be Labour’s “worst nightmare”.

One backbench MP, according to the newspaper, said: “I’ve had members tear up their party membership over the result.

“They are absolutely smoking. Several of us will now urge our members to vote for Rishi.

“That’s not because we support him, but because he is the better option than Liz.

“I have several hundred members in my local association and I will be suggesting they back Rishi.”

Another supporter of Ms Mordaunt said, as the Yo reported that Ms Truss “orchestrated a vicious campaign against Penny” and that if she becomes prime minister “we’re just totally f*****.”

At her official campaign launch, Mr Truss was asked about her allies who had been publicly critical of Ms Mordaunt.

After the first round of MPs’ votes in the leadership contest, Ms Mordaunt came in a surprise second place and pushed Ms Truss into third.

One of the “vicious” comments made by Ms Truss’s allies was by former Brexit minister David Frost.

He had said that Ms Mordaunt, who has less cabinet experience than her rivals, would require “stabilisers” as prime minister and that he had asked Mr Johnson to “move her on” as his deputy after six months.

Ms Truss said she was “putting forward a positive agenda” and that she would not make “disparaging comments” about her rivals.

The Independent has contacted the offices of Ms Mordaunt and Ms Truss for comment.