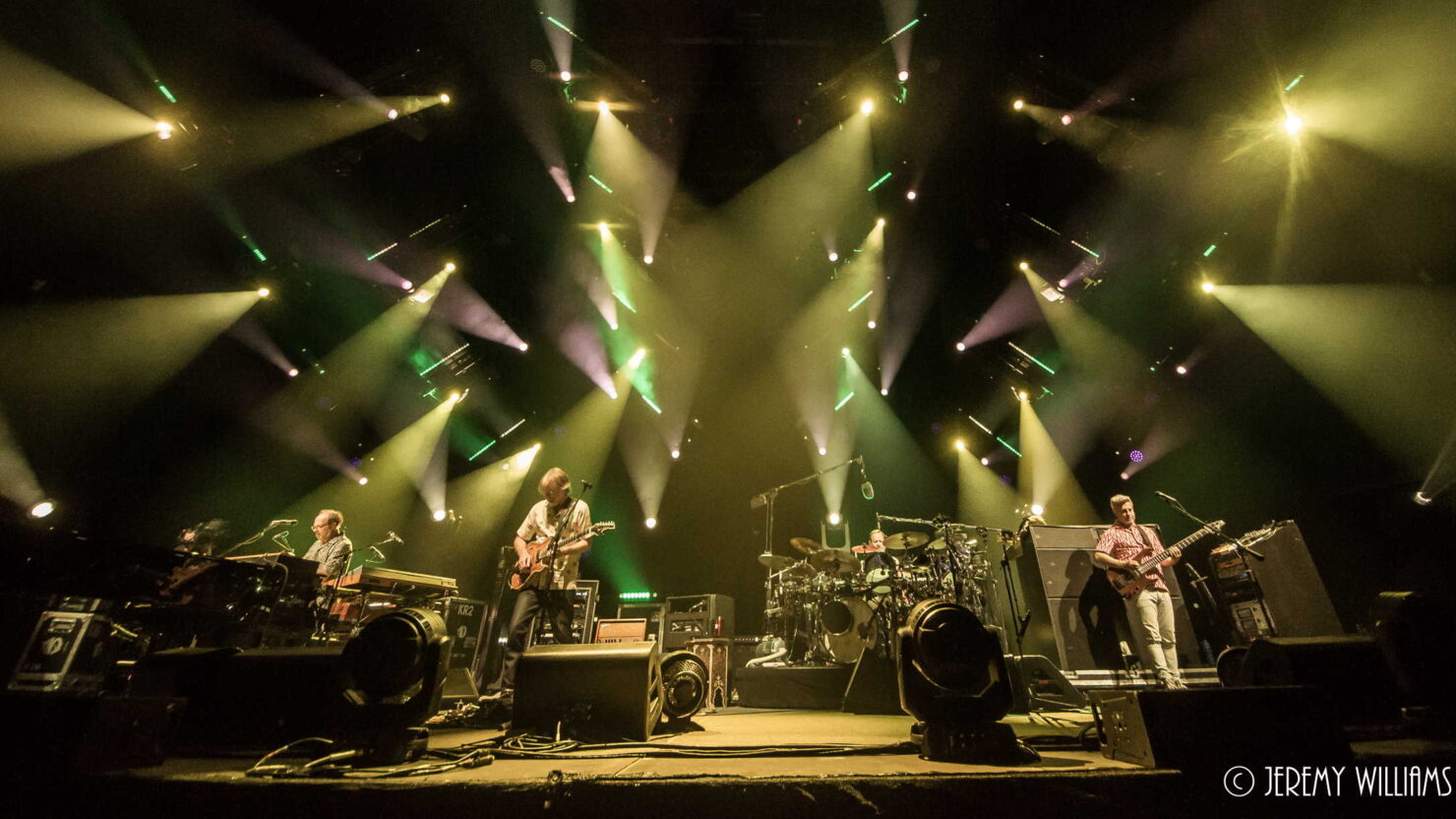 The band played their first Thursday show at the stadium near Denver, which featured extended jamming out of a wide-ranging selection of songs.

Phish began their annual Labor Day weekend run at Dick’s Sporting Goods Park in Colorado last night. Through a relatively song-heavy show, the band delivered controlled and ferocious doses of improv and extended jamming out of a wide-ranging selection of songs.

In its 11th outing, Phish at Dick’s remains a hallowed occasion for fans of the band with this year’s run the first spanning four nights. 2022 also marks the 10th anniversary of the incredible 2012 Dick’s run, marking such milestones as the “Fuck Your Face” show and the run’s tentpole jams in “Light” and “Sand.”

Taking the stage just after 8 pm on opening night, Phish wasted no time and dove right into an expansive “Sand.” The first of many jam-packed shorter jams of the night, guitarist Trey Anastasio led the band into a blissful major key before a brief bout of dissonance melted into the intro of “Down With Disease.” Momentum built in the “Disease” jam (touching on some almost “Mountain Jam”-like themes) ahead of a smooth segue into the first “Scent Of A Mule” of the year.

The set chilled out a little bit with a reading of the bluesy “Ocelot” ahead of farm house cut “Heavy Things” and an energetic “Axilla II.” “Back on the Train” blasted into the station next with an almost-extended solo section before a soaring “Theme from the Bottom” > “Blaze On” combo closed the set on a high note.

Read on after The Skinny for the rest of the recap and more.

The band flexed their late-tour tightness on the second-set opening “Possum” before grooving their way into “Twist.” Drummer Jon Fishman’s incredible talent was on full display for this calmer excursion that would be the only breather opportunity of the set.

“Ruby Waves” was tapped next and Phish wasted no time, jumping directly into a high-octane jam that reached a glorious major-key peak, something we saw a lot of last night. Keyboardist Page McConnell added frenetic blasts of Hammond B-3 organ over the insistent groove as they reached peak after peak before the jam melted into a more exploratory section.

After a slightly abrupt return to “Ruby Waves” song proper, Trey ripped directly into Sci-Fi Soldier cut “Don’t Doubt Me.” Only having been played one other time since its debut, this high-energy tune surprised by heading out into uncharted territory fairly quickly. A feel-good motif developed, a trend for this show, while Page and Trey played a little bit of call-and-response at the 11-minute mark. Fish brought the lyrics back in over the jam before a quick pivot into “A Wave of Hope.”

Summer 2022’s possible MVP pick would not last very long on the first night of Dick’s but kept the momentum of the set going with a relentless nine minutes of pure HEAT. More fiery jamming and fun in “The Howling” and “Piper” closed the second frame before a classic “Harry Hood” encore sent the capacity Denver crowd off into the night with high anticipation for the next three concerts.

While no jam crossed the 20-minute mark last night and there may have been more songs played than some would prefer, Phish took the stage and showed that they have not slowed down from this summer’s momentum — each band member sounds well-rehearsed and I can only predict that this Dick’s run will reach great heights over the remainder of the shows.

Three nights remain … Webcasts are available via LivePhish.com and an audio simulcast can be listened to via SiriusXM Phish Radio.

Phish From The Road Photos