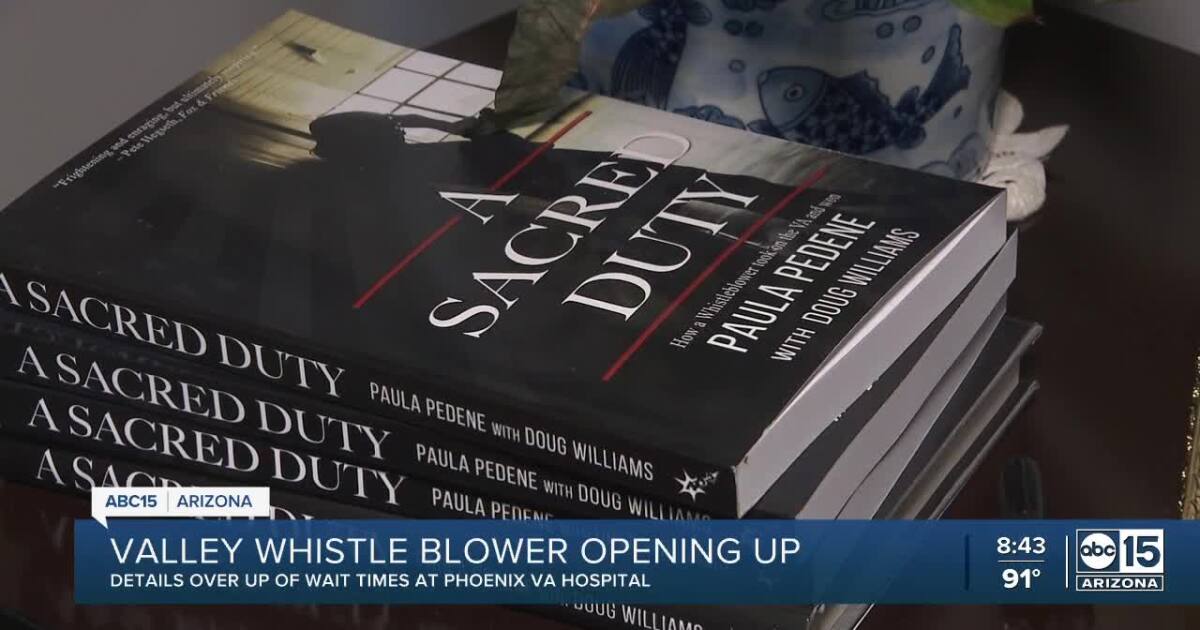 “I knew there’d be some risk, I didn’t know how bad the risk would be, that was the scary part,” said Paula Pedene.

Just over eight years has passed since Pedene, a decorated Navy veteran, helped expose the cover up of wait times at the Phoenix Veterans Affairs Hospital.

“I’m still fearful about some things, I still battle depression, but I think the book has done a wonderful job of giving me a chance to heal and move forward,” said Pedene.

In her new book “A Sacred Journey,” Pedene shares perspective on what it took to get the crucial details to the public. Recalling the ridicule and attacks to her reputation along the way. How those hiding from the truth were attempting anything they could to discredit her and her colleagues.

“For two years, it was a gut punch pretty much every day,” said Pedene.

She and others back in 2014 revealed VA officials were lying to the federal government about how long it was taking for vets to get an appointment. The reason, it meant losing out on pay bonuses the hospital received for keeping wait times short.

Data that eventually showed an average wait time of 115 days. It eventually came with dire consequences and the announcement that at least 40 veterans died while waiting for an appointment. Some estimates now putting that number much higher.

“We thought it was just in Phoenix, and at the time the OIG finally investigated, there was 111 VA facilities that were using the same methodology and manipulating the wait time data to make them look good and delaying care for our nations veterans,” he said. Peden.

She hopes her account of it all, inspires more to speak truth to power as she continues to fight for veterans rights at every turn.

“I think there’s a calling there that I think I have to do this, it’s part of what I need to do, I feel a need to do this,” said Pedene.

Pedene has a speaking engagement and book signing at the American Legion Post 44 in Scottsdale on June 28.