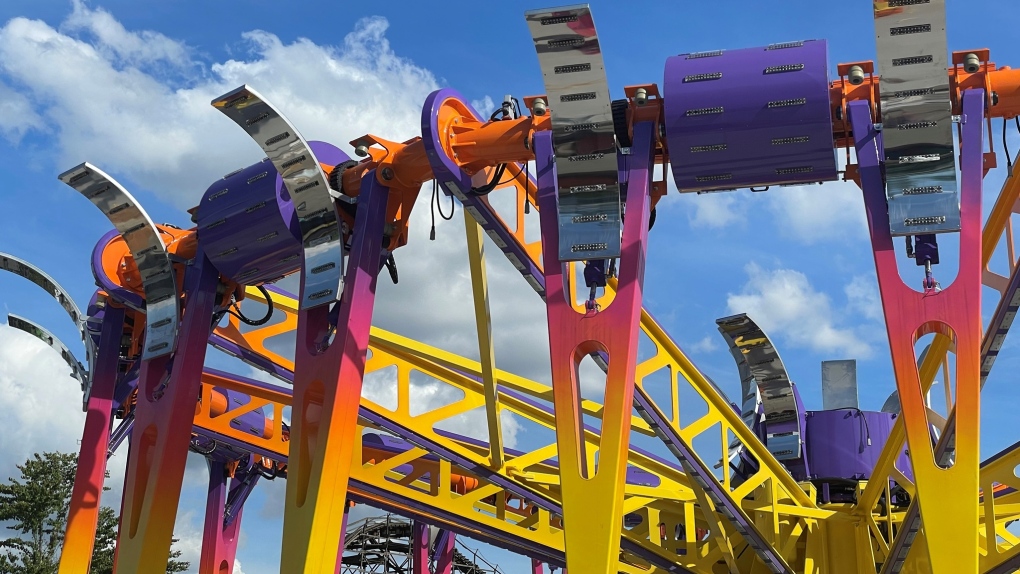 Coming off two of the worst seasons in its history due to the COVID-19 pandemic, Playland is enticing visitors back with a flashy new ride.

“We’re very, very excited,” said Laura Ballance, Playland spokesperson. “This has been a long time in the making. We are very proud of this ride.”

The $2.7 million Skybender marks Playland’s biggest investment of the past five years. It was made by Italian design and construction company Zamperla, and is described as a thrilling combination of gravity drops and accelerations.

“It’s the speed, it’s the rider style, and it’s the first one of these free-flying circular rides that we’ve seen in Canada,” said Ballance.

Beyond a new ride for Vancouver thrill-seekers, Ballance says the Skybender represents a new chapter for the 94-year-old amusement park.

“I think today really symbolizes that we’re on the other side – that we are making investments back into the company, back into the park,” she said.

In addition to Skybender’s grand opening, The classic wooden Coaster is set to re-open within a few weeks, after undergoing a nearly 18-month refurbishing project.