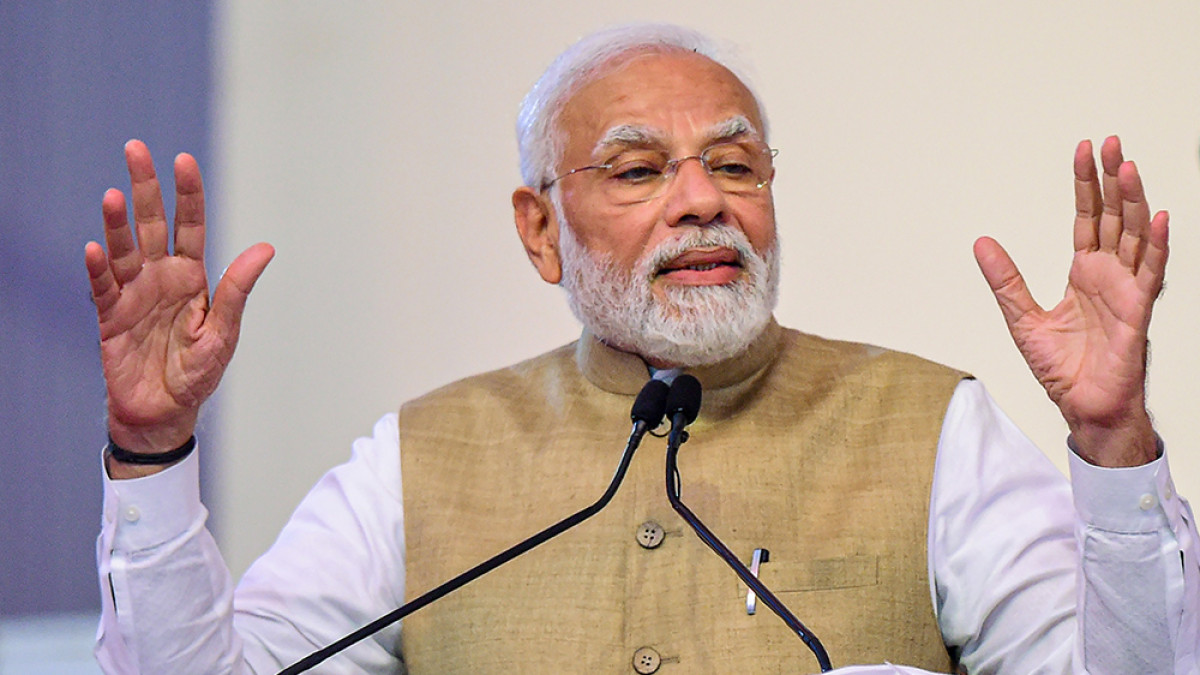 Prime Minister Narendra Modi on Sunday held a roadshow in Bhuj town of Kutch district on the second day of his visit to the state where the Assembly elections are due later this year.

Thousands of people from Bhuj and surrounding areas gathered on both sides of the road to greet Modi, who waved at them during the three kilometers long roadshows, held between Hill Garden circle and District Industries Center in Bhuj town.

The enthusiastic crowd on both sides of the road kept shouting “Modi Modi” and waved the tricolor to express their affection for the PM. Modi reciprocated by waving at them while standing in his car. At one point, Modi even got out of the car and walked for a while to greet the people.

The local administration had erected stages along the route for cultural and folk performances. After leading the roadshow, Modi arrived at ‘Smriti Van’, a memorial built on the outskirts of Bhuj town in the memory of the 2001 earthquake victims, to inaugurate it. Modi will later go to the Kutch University ground to address a mass gathering and launch other projects.