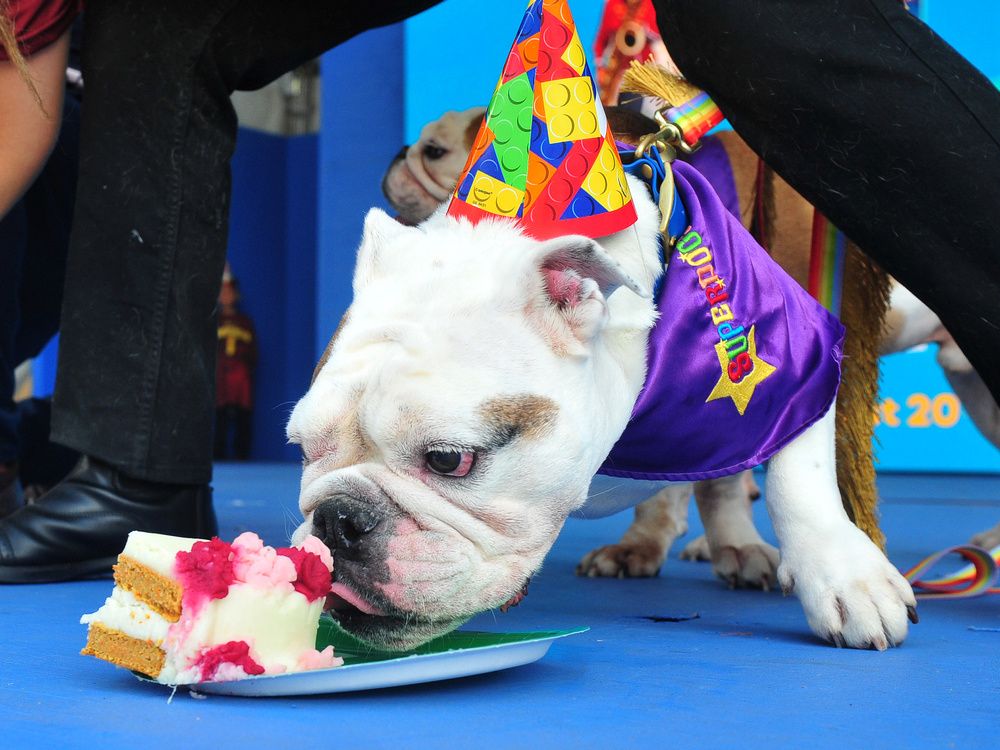 From the time she was a little girl in Vancouver Lisa Sun would drag her mom and dad to the PNE’s SuperDog shows, three times a day if possible.

“You make your parents watch as many times as you can get them back in the Coliseum,” Sun said as English bulldogs Sherlock and Sir Domingo sat at her feet.

“I was that person, I was that kid dragging my parents, and then future boyfriends, ‘Let’s go watch the SuperDogs!’”

Her dogs, appearing in this year’s show Pawvengers, add comic relief with their stocky chests, large heads and short legs as they race against collies and poodles and whippets, pretty much any type of breed.

“It’s so exciting, as you grow up you want to see the dogs every year at the PNE and you dream,” Sun said on Thursday inside the Pacific Coliseum. “It was one of those dreams, ‘One day I’d love to have a dog in SuperDogs.”

That happened in 2009 when Sun and her three little pugs took part in a workshop for dog owners. The athleticism of the pugs catch the eye of impresario and SuperDogs owner Chase Howard, whose sundry responsibilities include the job of creative director.

“It was the thrill of a lifetime,” Sun said.

This year’s show is special not only because the PNE is back but because 2022 marks the 45th anniversary of SuperDogs.

They are at Toronto’s Canadian National Exhibition, the BC Northern Exhibition in Prince George and Vancouver at the moment, and will perform before almost a half-million people over the next week or so.

“Let me tell you, the enthusiasm here in Vancouver is beyond anything,” SuperDogs’ Howard said. “The PNE is the best place to entertain in the whole world.”

Over 45 years the PNE estimates between eight million and 10 million people have watched SuperDogs.

“I think every British Columbian has seen the SuperDogs twice, going by those statistics,” Howard said.

“It is absolutely, absolutely one of the most exciting things to do, to put on a show here at the PNE.”

Howard, whose legal name is Leonard Chase, even wrote a musical about SuperDogs that debuted last fall to tail-wagging reviews.

To celebrate 45 years of PNE shows, a group of SuperDogs on Thursday morning each got a pupcake — small doggie birthday cakes made of meat, fruit, vegetables, eggs, plain yogurt, peanut butter, baking powder and whole wheat flour by Great Canadian Dog Cakes in East Van — to a soundtrack of Happy Birthday being barked.

Putting perspective on a traveling show lasting 45 years, consider: Ice Capades lasted for 50 years before shutting down in 1995, while Disney on Ice has been around for 40 years.

“Ice Capades’ 50 years is the iconic mark in show business,” Howard said. “We’re between (Ice Capades and Disney on Ice) and when I read those statistics I say, ‘Thank you, PNE, thank you Vancouver, you’ve really, really made us into one of the most foremost entertainment groups in North America.”

SuperDogs performs daily at 12:30, 2:30 and 6 pm at the Pacific Coliseum, free with PNE admission.