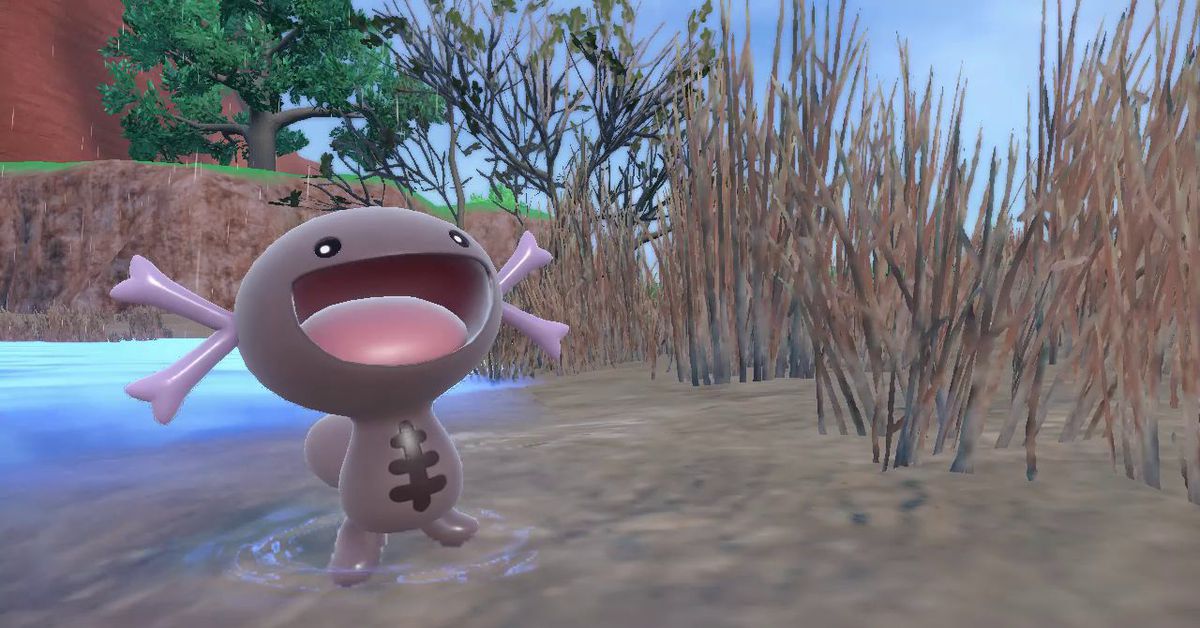 One of the best parts of the Pokémon franchise is that every Pokémon is beautiful and beloved in their own special way. There are the big-ticket Pokémon like Mewtwo or Koraidon, and then there are a bunch of humble little fellows. One of these is Wooper, the darndest little guy, who is basically a big round head, a smile, and a teeny-tiny little body. Now, fans are going to get an even wider variety of Woopers to enjoy in pokemon scarlet and violet.

As players travel through different regions, they’ll often find both unique Pokémon that aren’t in any other game, and regional variants on familiar Pokémon. For instance, Weezing is usually a two-headed, purple, floating Pokémon. But if you travel to the Galar region, Weezing wears giant top hats and a smog mustache that makes it look look and distinguished. Something similar is true for Wooper. In Paldea, Wooper is a poison-type Pokémon who looks juuuuuust a little different — and he’s already inspired fan art and memes on social media.

Paldean Wooper has some different-shaped fronds on his head, which makes it look like a little warning skull you might see on a poison — appropriate, considering that this Wooper is a much more toxic little guy than his predecessor. Also, Wooper is always cute — he’s got that big, silly expression and that open-mouthed sense of wonder. Apparently, living on land for so long has hardened these Paldean Woopers, so I don’t know if you should hug them… but on the other hand, maybe you should. It’s gotta be a little discouraging having your nickname be Pooper. Hopefully, the surge of fan love and support can make up for this ignoble fate.