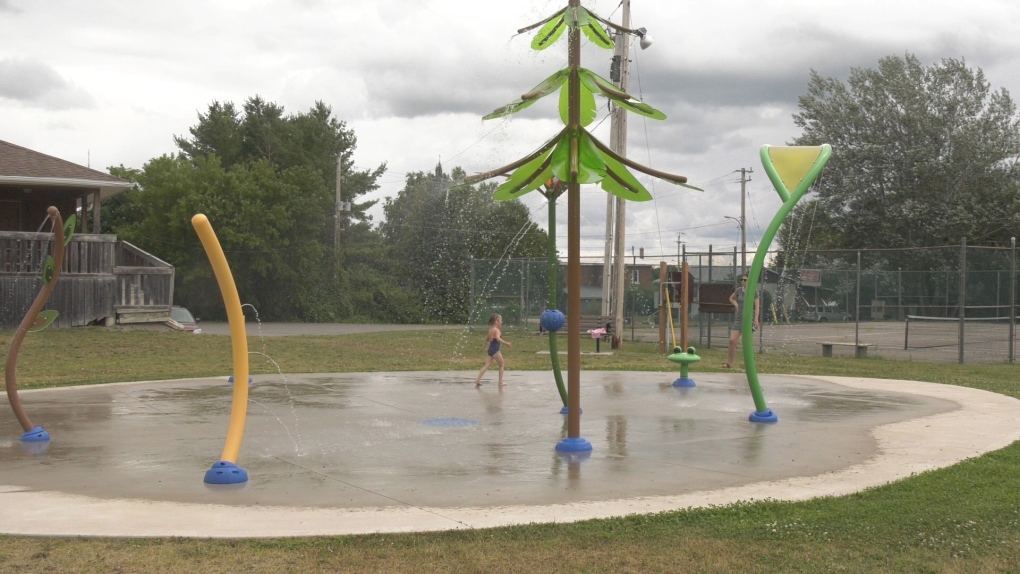 A splash pad in Eganville, Ont. has become so popular this summer that it is putting a strain on the town’s water system.

Bonnechere Valley Mayor Jennifer Murphy says the region has been seen an influx of new, young families during the pandemic, resulting in high usage at the splash pad.

“I suppose it shouldn’t have surprised us but it did and, of course, with this heat wave it just made it even worse,” Murphy tells CTV News Ottawa.

The mayor says the result is that taps in homes are starting to see a decrease in water pressure, a situation the township says they cannot allow to get worse.

“Potable water takes precedence over everything,” says Murphy. “And when our wonderful water and sewer manager equates what’s going on to a structure fire, we sit up and take notice.”

To fix the problem, Murphy says the township will begin by reducing water pressure and the timer at the splash pad.

“Yeah you need to press the button to make it go,” says Sarah Schuster, who is a nanny for a four-year-old and visits the splash pad regularly. “And when the kids are here they’ll just press it again when it stops.”

However, the township says if the water pressure issue continues, it may result in the splash pad being shut down for a number of hours daily.

“It’s probably good if they’re going to shut it down during probably peak hours when people are getting home from work, getting ready for supper, toilets are running and stuff,” says Amanda Vance, who visited the splash pad on Thursday with her two boys.

“So it would help with the town’s houses probably during that time.”

“We are one of the smallest municipalities with the smallest water department in Renfrew County,” says Murphy.

“And we want kids to get out and use it but drinking water takes precedence.”