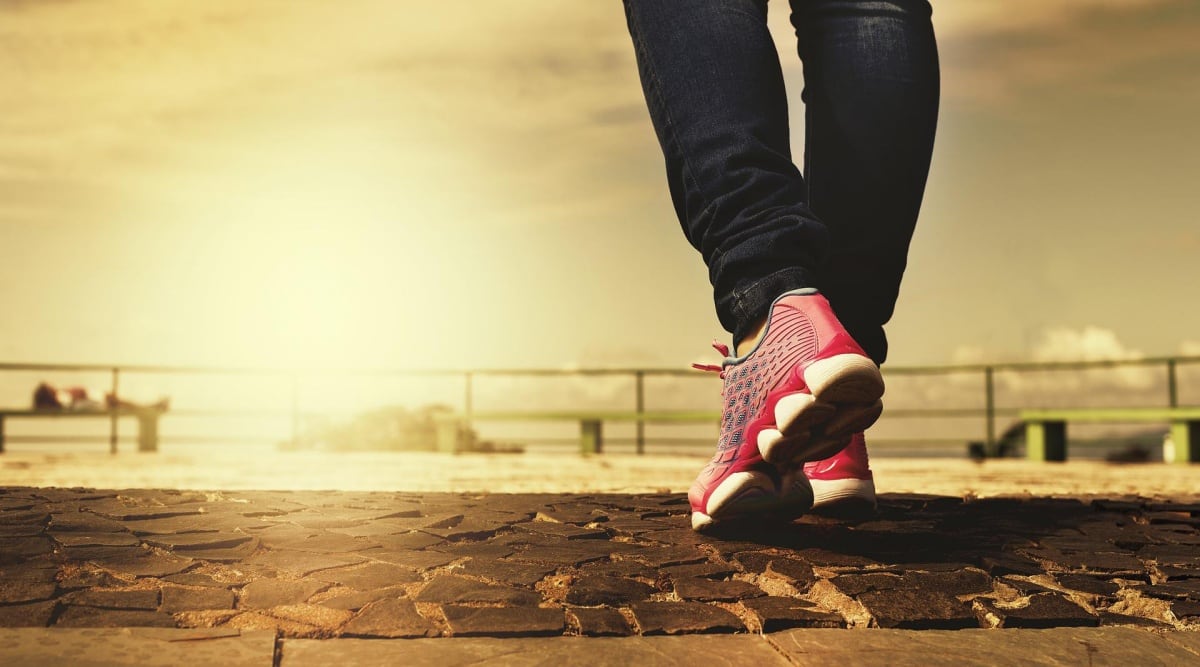 While post-meal walks have generally been internalized by people as an aid for digestion, scientists have now found that going for a short walk after any meal can reduce blood sugar levels, which can help ward off complications such as Type 2 diabetes. They even recommended that walking within 60 to 90 minutes after eating delivers the best results.

Although light walking at any time is good for your health, a short walk within 60 to 90 minutes of eating a meal can be especially useful in minimizing blood sugar spikes, as that is when blood sugar levels tend to peak. According to New York Timesresearchers of a study published in the journal Sports Medicine, looked at the results of seven studies that compared the effects of sitting versus standing or walking on measures of heart health, including insulin and blood sugar levels. They found that light walking after a meal, in increments of as little as two to five minutes, “had a significant impact in moderating blood sugar levels.”

This research would be especially beneficial for Indians, feels Anoop Misra, Chairman, Fortis-C-DOC Center of Excellence for Diabetes, Metabolic Diseases and Endocrinology. “In the Indian context and given our meal patterns, post-meal sugars are often high and difficult to control. However, one must be careful in advising a post-meal walk to people who have heart disease, since such an exercise may divert blood away from the heart.”

This study reinforces the findings of two earlier studies. A 2016 study of those who suffer from Type-2 diabetes found that walking for 10 minutes after every meal helped lower blood sugar levels more than walking for a half-hour at other times of the day. Before that, a 2011 study, published in the International Journal of General Medicine, found that walking just after a meal was more effective for weight loss than waiting one hour after eating before walking.

“In five of the studies that the paper evaluated, none of the participants had pre-diabetes or Type 2 diabetes. The remaining two studies looked at people with and without such illnesses. Participants were asked to either stand or walk for two to five minutes, every 20 to 30 minutes over the course of a full day. All seven studies showed that just a few minutes of light-intensity walking after a meal were enough to significantly improve blood sugar levels compared to, say, sitting at a desk or plopping down on the couch. When participants went for a short walk, their blood sugar levels rose and fell more gradually. For people with diabetes, avoiding sharp fluctuations in blood sugar levels is a critical component in managing their illness. It’s also thought that sharp spikes and crashes in blood sugar levels can contribute to developing Type 2 diabetes,” the report said.

The report also recommended getting up to do housework or finding other ways to move your body. This short amount of activity will also enhance other dietary changes that people may be making to help control their blood sugar levels. And for those who spend long hours at the workplace, the report found that a mini-walk of two to three minutes is more practical than the rigor of running on a treadmill.