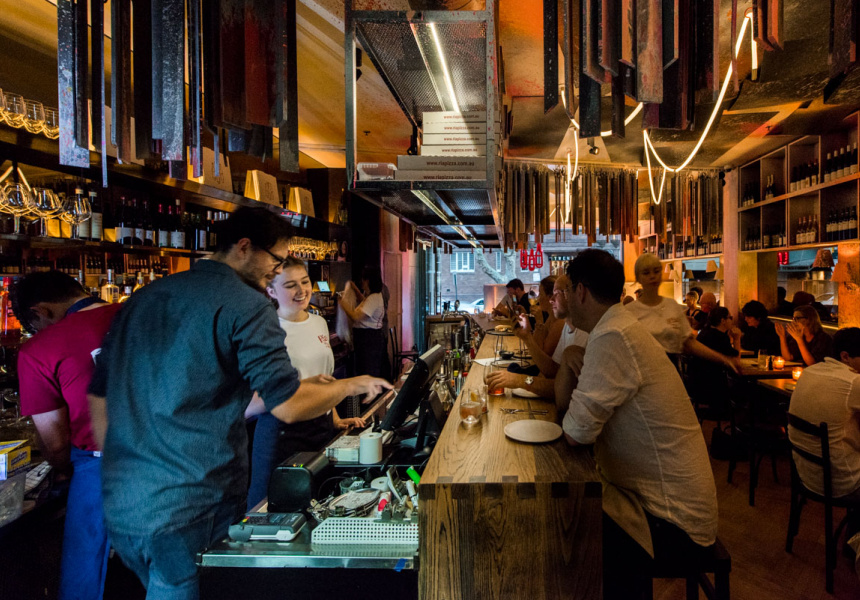 “With the end of the lease at Potts Point we’ve decided not to renew,” said Brent Savage, chef and co-owner at the Bentley Group (which operates Ria, as well as Monopole, Bentley, Cirrus and Yellow), in to statement. “We’ve loved being at the site and have occupied the space for more than 10 years, first with Monopole then Ria. The Bentley Group will still be a part of the Potts Point community with Yellow only down the road, so we aren’t leaving the area anytime soon.”

The Bentley Group opened the eatery in the former Monopole space in December 2020, bringing its exacting standards to the world of pizza. Think sourdough bases fermented for 24 hours that were crispy, then chewy, and “Aussie” toppings including Queensland prawns, WA octopus and saltbush.

And as ever with the group, wine was a focus – but rather than the sprawling wine lists found at its other venues, co-owner and sommelier Nick Hildebrandt pulled together a streamlined collection of his favorite producers.

Savage says the impacts of Covid and staffing pressures contributed to the decision to close the venue. But there are plans to reopen it at another location at some point in the future.