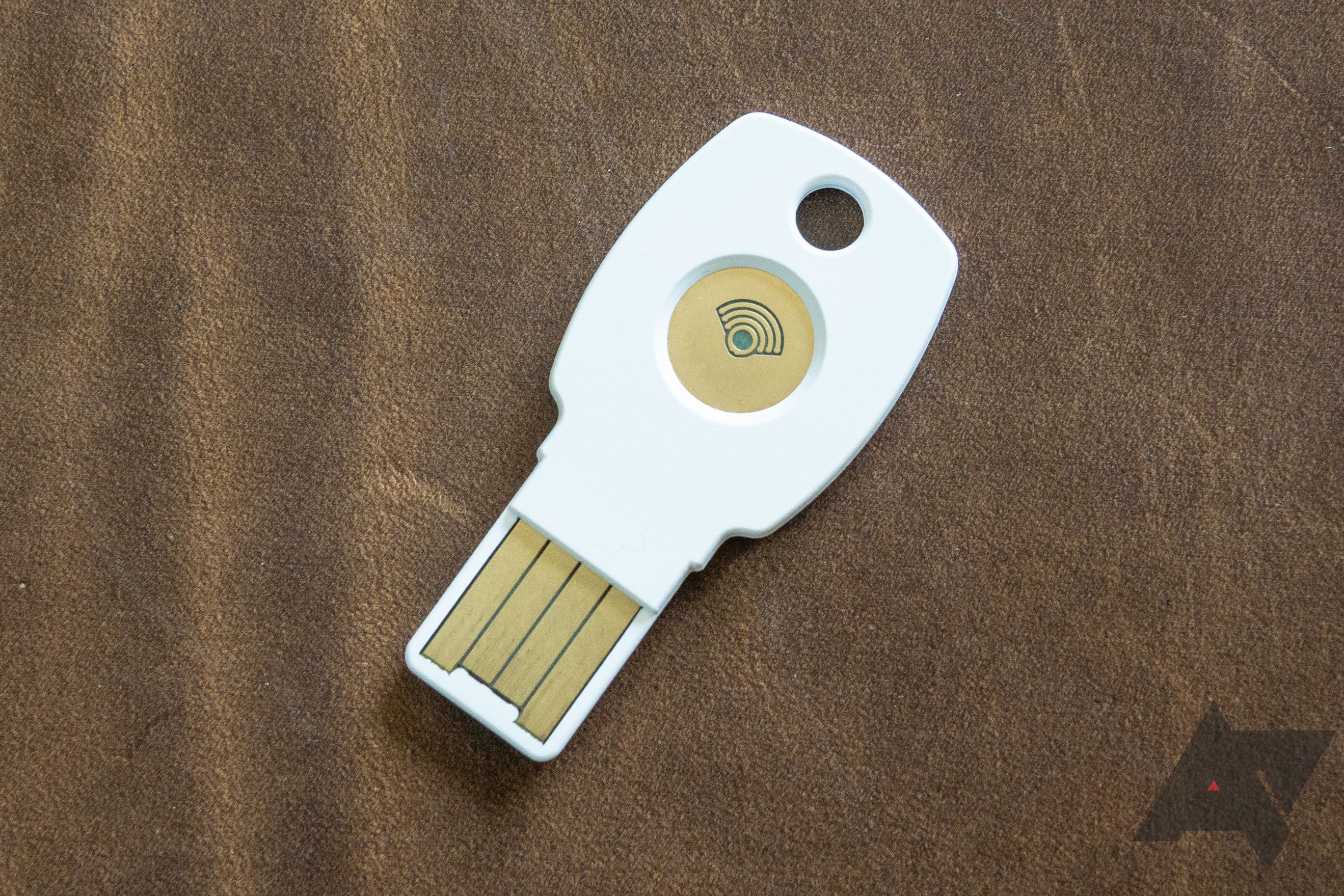 For a limited time, the benefits of paying for a big Google One storage plan include a hardware-enhanced security key

Once in a while, Google gives One subscribers perks for coughing up the extra dough for paid storage. If you’re in the US and have one of the “premium”-labeled 2TB+ plans, you may be eligible to claim a free two-factor Titan Security key, though “standard” 200GB plan subscribers are out of luck.

You should see the option listed among your other account benefits if you’re eligible for the promotion, allowing you to claim one of the two currently sold versions of the Titan security key (each of which is merely a rebadged Feitan model). You can select either the USB-A and NFC version (a $30 value), or the USB Type-C/NFC version (a $35 value). The old battery-powered Bluetooth-based security key has been discontinued.

Google had a similar offer for Advanced Protection users back in 2019, giving customers the ability to send a friend a free set of two 2FA keys and, if the recipient enabled Advanced Protection on their own account, earn themselves a free Nest Mini.

The promotion can get you either of the keys above.

Claiming this offer is simple: It should appear as a “featured benefit” in the Home tab of the Google One App, in the Benefits tab, or you should see it listed on the benefits section of the Google One site. Either way, it’s a single click or tap from there to claim it at the Google Store, with a discount code covering the full cost of the 2FA key and slower shipping.

The offer appears to expire on November 1st according to the current terms that appear when checking out, though Google warns there is a “limited quantity available on a first come, first served basis.” The deal appears to be US-only and requires that you actively have one of the “premium” 2TB+ Google One Plans.

Two-factor authentication is one of the best ways to enhance the security of your online accounts, providing a “what you have” together with a “what you know” when verifying your identity, better ensuring that you are who you claim to be. Without the hardware key, you can’t log in.

Some of us simply rely on phone number-based two-factor authentication (you know those 5-6 digit numbers you get sent via SMS to log in), but with how vulnerable carriers are from socially engineered attacks, that’s an insecure system. Hardware-based two-factor authentication with a hardware security key like this is the best way to protect your most important accounts. And if you don’t already have a 2FA hardware security key like this, I strongly urge you to take advantage of the offer if it’s available to you. Technically Google’s hardware security keys are vulnerable to a convoluted cloning attack, but it’s very, very difficult to pull off, and unlikely to be an issue.

Ostensibly a senior editor, in reality just some verbose dude who digs on tech, loves Android, and hates anticompetitive practices. His only regret is that he did not buy a Nokia N9 in 2012. Email tips or corrections to ryne at androidpolice dot com.