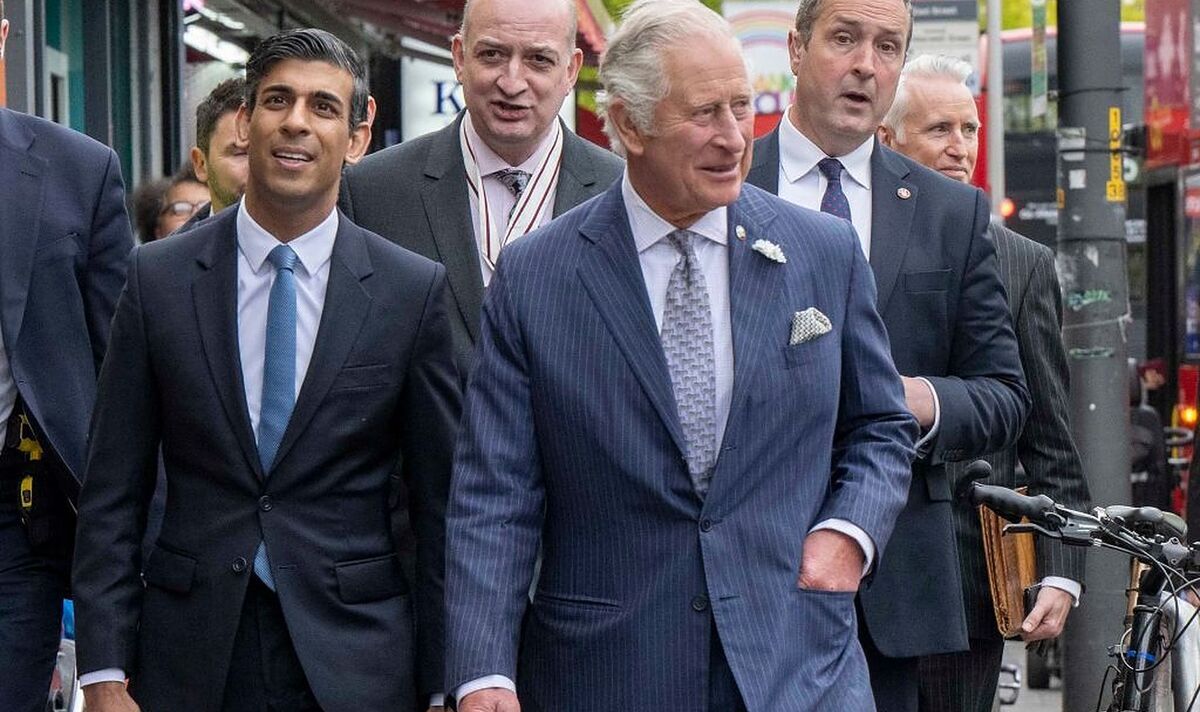 One woman was heard telling the royal that “we appreciate you coming”, while others took pictures of the future King. The Prince was joined by Chancellor Rishi Sunak as he visited JD Sports’ Walworth branch to speak to 16 to 24 year olds who had been helped with The Kickstart Scheme by The Prince’s Trust.

When walking down the street, the pair were surrounded by the excitable crowd with one woman asking Mr Sunak to take a picture of her with the heir to the throne.

The Kickstart Scheme was set up by the Chancellor in September 2020 to provide young people with temporary work placements.

It was established after youth unemployment had peaked at 15 percent following the first wave of the coronavirus pandemic.

Kickstart was available for young people aged 16 to 24 who were at risk of unemployment, creating jobs or temporary work placements for them.

The Prince met people outside before he went inside the sports retailer in order to speak to those involved with the programme.

Charles, who also stood in for his mother at The Queen’s Speech on Tuesday, also met people who worked for JD Sports.

Pav Soor, 24 who met the Prince said he had been rejected from 400 jobs before joining Marks and Spencer as a Kickstarter.

Mr Soor said his period of unemployment was “demoralizing” and made him feel like he had no “worth.”

Mollie McCaldon, who works for JD Gyms, spoke to Charles about her job and said the future king was “interested in your choices.”

Mr Sunak was recently spotted wearing a £335 pair of trainers and confessed to a JD executive that he suffered from a weakness for trainers.

Prince Charles has a long history of charity work himself particularly with young people.

I have established The Prince’s Trust in 1976 to help vulnerable young people get their lives back on track.

It helps support 11 to 30 year-olds who are unemployed as well as those who are struggling at school or at risk of exclusion.