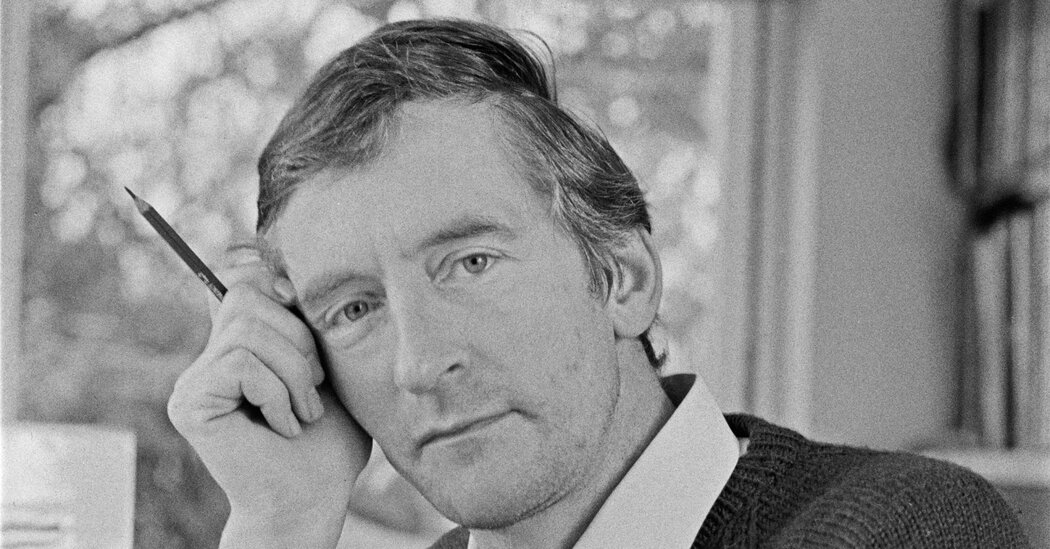 Raymond Briggs, the children’s author whose cheeky illustrations dignified workaday British life and an audacious breadth of emotions, most prominently in the wordless escapades of “The Snowman,” died on Tuesday in Brighton, England. He was 88.

His death, in a hospital, was confirmed by his publisher in BritainPenguin Random House.

By piling up square and rectangular frames like toy blocks, Mr. Briggs helped bring the visual language of comic books to children’s stories. The technique allowed him to cram action onto a page before delighting or shocking a reader with a large canvas—two new friends soaring over an English palace, or five warplanes ominously approaching.

Despite primarily gearing his work for children, some of his most successful books are meditations on death. “The Snowman” (1978), which was adapted into one of England’s most popular Christmas films, focuses on a floating friendship between a young boy and a snowman. “When the Wind Blows” (1982), an argument for nuclear disarmament, shows a retired English couple blithely following the government’s precautions before they are killed in a Soviet attack.

Those offbeat ideas included “Fungus the Bogeyman” (1977), the title character a shy green creature whose long umbilical cord was censored by the publisher; “The Man” (1992), about a rude homunculus who sees a boy; and “Jim and the Beanstalk” (1997), about a bald, farsighted giant’s makeover.

Mr. Briggs often depicted domesticity and the routines of the working class. In “Gentleman Jim” (1980), a toilet cleaner imagines what it would be like to have more fashionable careers; “Ug: Boy Genius of the Stone Age” (2001), follows a young cave man whose parents think he should be content with drudgery instead of pursuing his ideas about fire and wheels.

Mr. Briggs admired the Northern Renaissance’s emphasis on daily life — his studio wall included “Children’s Games” by the Flemish master Bruegel — but he was not interested in painting with oil. After using sticky gouache for the grotesquerie of “Fungus,” he turned to colored pencils to emphasize light in “The Snowman.”

He was meticulous about his backgrounds, drawing hundreds of bricks for a facade, and his squat, rounded humans often wondered whether there was more to life than toil. His approachable nonhumans — giants were an early specialty — suggested that perhaps there was.

Yet failed aspirations and loss were consistent themes for Mr. Briggs, a melancholy soul. In later years, he told interviewers that he had contemplated suicide after his wife, Jean, died from leukemia in 1973, two years after he lost both his parents.

In “The Snowman” — which, unlike Mr. Briggs’s other books, has no words — rounded frames house the emotional arc of a boy’s winter adventure. He rejoices at a fresh snowfall, gleefully explores his home and country with a snowman who magically comes alive and, in a crushing final panel, stares down at a green hat and scarf.

“The books are funny and the books are also sad,” Nicolette Jones, who wrote the biography “Raymond Briggs” (2020), said in an interview for this obituary. “And he walks this incredible tightrope between those two things.”

A film adaptation of “The Snowman,” which was released in 1982 and features the haunting “Walking in the Air” in its symphonic score, was nominated for the Academy Award for best animated short film. Mr. Briggs briefly set the scene in the film’s introduction, which was later rerecorded, to his chagrin of him, by David Bowie. “I’ve got it all wrong, terribly. Hopeless,” Mr Briggs told the BBC.

His frustrations extended to the brief appearance of Father Christmas in the film. On his pages of him, there is not a present in sight.

In his earlier book “Father Christmas” (1973), Mr. Briggs had depicted the gift-giver as an old man burdened by the frigid weather and his demanding work rather than a jolly soul. The complaint “I hate winter!” was delivered on the toilet.

That irreverent wit was essential to “When the Wind Blows,” a satirical graphic novel published during the throes of the Cold War. The book was adapted several times, including as a radio dramatization and a West End play starring Patricia Routledge.

Before impending nuclear annihilation, a husband paints the windows white and builds a lean-to shelter while his wife frets about his staining the curtains and marking the wallpaper. Frames upon frames of frantic preparations and idle chatter are interrupted by gray spreads of a missile or a submarine.

The blast itself fills two pages with white, plus tints of pink.

After waving aside their symptoms — fever, loss of appetite, splotchy blue spots on their limbs — the couple succumb while struggling to remember a prayer.

Raymond Redvers Briggs was born in Wimbledon, London, on Jan. 18, 1934, the only child of Ethel (Bowyer) Briggs, a maid, and Ernest Briggs, a milkman. During World War II, he was briefly sent to live with his aunts in the countryside.

Growing up in a house without many books, he gravitated instead to the storytelling found in newspaper cartoons. He studied at the Wimbledon School of Art as a teenager and, after spending two years as a draftsman in the British Army’s Royal Corps of Signals, graduated from the Slade School of Fine Art in 1957.

Mr. Briggs dabbled in professional portraiture before focusing on illustration. His first commission from him, of tulip and daffodil bulbs for House & Garden magazine, was eventually followed by anthologies about mythical beasts and Cornish fairy tales.

He spent 18 months drawing nearly 900 illustrations for the “Mother Goose Treasury” (1966), for which he won the Kate Greenaway Medal, given for the best illustrated children’s book in Britain.

With more ideas than he could fit in a traditional picture book, Mr. Briggs, who had added writing to his repertoire for artistic and financial reasons, debuted his comic-strip approach in “Father Christmas,” which also won a Kate Greenaway Medal.

“I’ve been stuck with that method ever since, which is very laborious,” he said on the BBC’s “Desert Island Discs” in 1983.

After the death of his wife, Mr. Briggs spent four decades in a relationship with Liz Benjamin, who died in 2015 of Parkinson’s disease. “The Puddleman” (2004) is dedicated to Ms. Benjamin’s three grandchildren.

Mr. Briggs taught illustration part-time at the Brighton School of Art from 1961 to 1986. He did not like to leave England and lived in a slightly eccentric house in East Sussex, where he collected jigsaw puzzles of the Queen Mother. The living room ceiling was papered with maps. Cupboard doors featured portraits of his parents of him.

He repeatedly conjured them—his mother’s wide face, his father’s blue-collar job, their longtime home—in his books. In “Father Christmas,” the only person the title character interacts with is a milkman who is also making his rounds before 6 am

A book about his parents’ lengthy relationship and their traumatic deaths, “Ethel and Ernest,” was named the illustrated book of the year in 1999 by the British Book Awards, which had declared Mr. Briggs its children’s author of the year earlier that decade .

For his final published work, “Time for Lights Out” (2019), Mr. Briggs mixed quotes, sketches and verses in the exploration of a theme that had enthralled him through life: the inevitability of death.