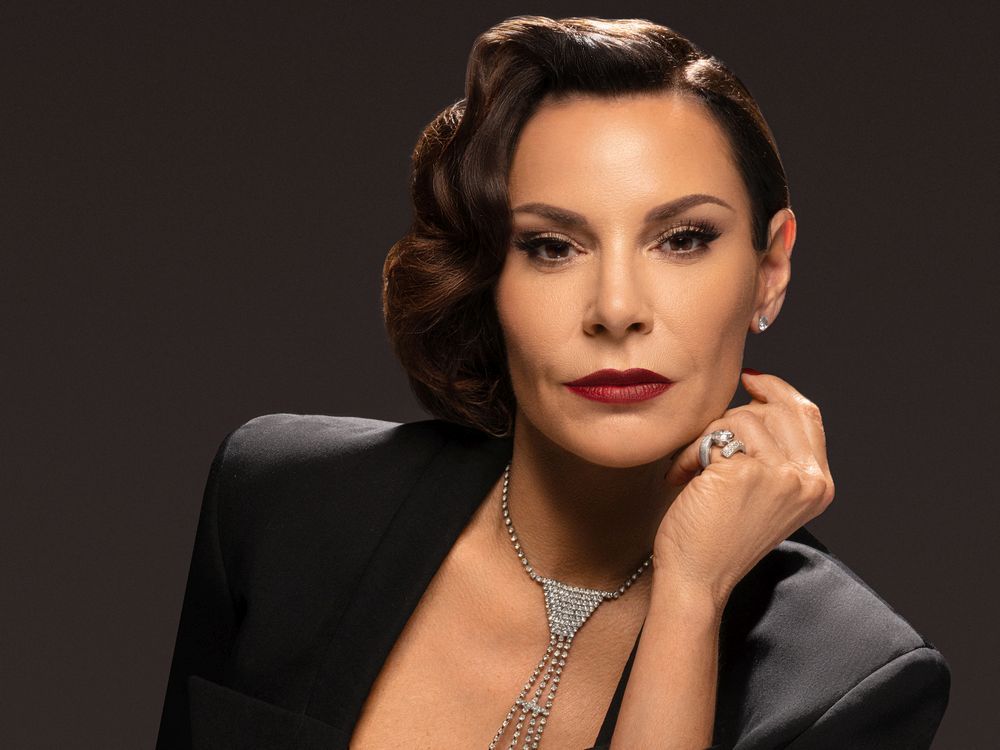 When: June 9, 8 p.m.
Where: TheVogue, Vancouver
Ticket and info: countessluann.com

When you live your life in a reality TV show fish bowl it’s likely you develop thick skin — and in the case of the Real Housewives of New York City’s Luann de Lesseps you also develop a live show that lets you cash in on your celebrity and do so with a wink.

The Countess Cabaret that swans into the Vogue Theater on June 9 is a mixture of songs, stories and, of course, dishing about all things Real Housewives of New York City (RHONY) where de Lesseps, who is a countess thanks to estranged husband Alexandre Count de Lesseps, has been a cast member since its premiere in 2008.

“I’ve been around for 14 years now I have definitely developed a second or third skin,” said de Lesseps about her OG status in the Real Housewives universe during a phone call from New York.

Right now, the cabaret show is front and center for de Lesseps as she — like fans — awaits the call on the future of the RHONY franchise after executive producer Andy Cohen announced in March that the series will be split into two shows — one with a new cast and the second a legacy or throwback show with favorites from over the years.

“If I didn’t sing Money Can’t Buy You Class there would be tomatoes thrown at me. So not only do I sing music that I love but I sing some of my classic songs and of course my new song F-Bombs on the G with the OGs,” said de Lesseps pointing out a new track inspired by her trip to Turks and Caicos on the Ultimate Girls Trip show starring OG housewives from different series.

While on stage de Lesseps also takes time to poke fun at her own failures. After almost a decade and a half of failed relationships, failed friendships, brushes with the law and embarrassing and cringe worthy moments like a drunken tumble into the bushes are almost as abundant as the sequins on a Jovani dress. For the record, she wears Jovani on stage.

Anyone who watches the Housewives shows knows drinks are often on the menu and help to fuel the drama when then women get together. In the case of de Lesseps, the drinking has led to issues away from the Bravo cameras.

Sober now, de Lesseps made headlines back in December of 2017 when she was arrested in Palm Beach and charged with assault, trespass in an occupied structure and disorderly intoxication. She pleaded guilty to all three charges as part of a plea deal and was put on probation.

Another notable bump in the road to sobriety came in March when she was asked to leave a Manhattan piano bar after “drunkenly,” hogging the mic and belting out tunes while telling a booing crowd “f–k you.” She has since apologized for that incident, saying “clearly my struggles with alcohol are real!”

“It’s a lot to go through personally, never mind having the whole world watching you. I try to put myself first, my family first. What I go through publicly obviously makes it that more difficult, but even though I’ve fallen, I pride myself on standing back up and persevering and re-inventing myself,” said de Lesseps, who promotes the non-alcoholic Countess Luann’s Fosé Rosé wine. “I hope that it is inspiring people out there. That no matter how hard you fall it’s about standing back up and for me that has been challenging but at the same time there are things that happen to us in life that change our direction. We learn from them and grow from them.

“Fans have been very supportive,” she said about her pursuit of sober life. “I will never say I’ll never drink again because you don’t know that, but certainly my goal is to not drink. So, if I can be inspirational to anyone out there by having my life so public then it hasn’t been a waste of time.”

“I think that the stigma of the housewife changed. Our franchise in particular, most of us aren’t even married. I think it shifted the dynamic a little bit in terms of what we think of housewives should be, ”said de Lesseps, who has two grown children since her time with the count. “We are housewives, but we’re housewives that are kind of starting over again in a certain way. Kids are grown. We are reinventing ourselves as women. I would hope it is inspiring for women to see that there is life after raising your family.”

The Countess Cabaret in Vancouver is the third of de Lesseps Canadian dates and marks her first time out West.

“My parents are Canadian so it is cool to be playing another part of Canada which I have never been to,” said de Lesseps whose mother was from Quebec and her father was a Mi’kmaq man from New Brunswick.

Born in Connecticut de Lesseps is one of seven kids. Her parents of her also came from huge families. That crowded family life is what de Lesseps says played a role in setting her up for Real Housewives success.

“I always say my family prepared me for the Housewives. I have six brothers and sisters,” said de Lesseps, a trained nurse, who is No. 6 in the kid rollcall. “I have a huge family. They did help prepare me. There’s a lot of personalities. There’s a fine line to be able to walk between all these people and not look too far to the right, not too far to the left because you don’t want to fall off the high wire.”

Now as she waits for a new contract for a new show de Lesseps is willing to reflect on her RHONY life.

“The best thing is there are plenty of opportunities because there’s lots of exposure,” said de Lesseps. “I’ve donated a lot of charity on the show including the Fortune Society that helps people that were formerly incarcerated. The American Cancer society, the homeless in New York City, there are a lot of things you can highlight on the show in terms of exposure and opening people’s eyes to something they might not know about.

“I get paid to go on vacation with a bunch of girls,” added de Lesseps. “The worst part is people thinking that they know you but they really don’t. People assume things. I’ve worked for everything I have in my life.”