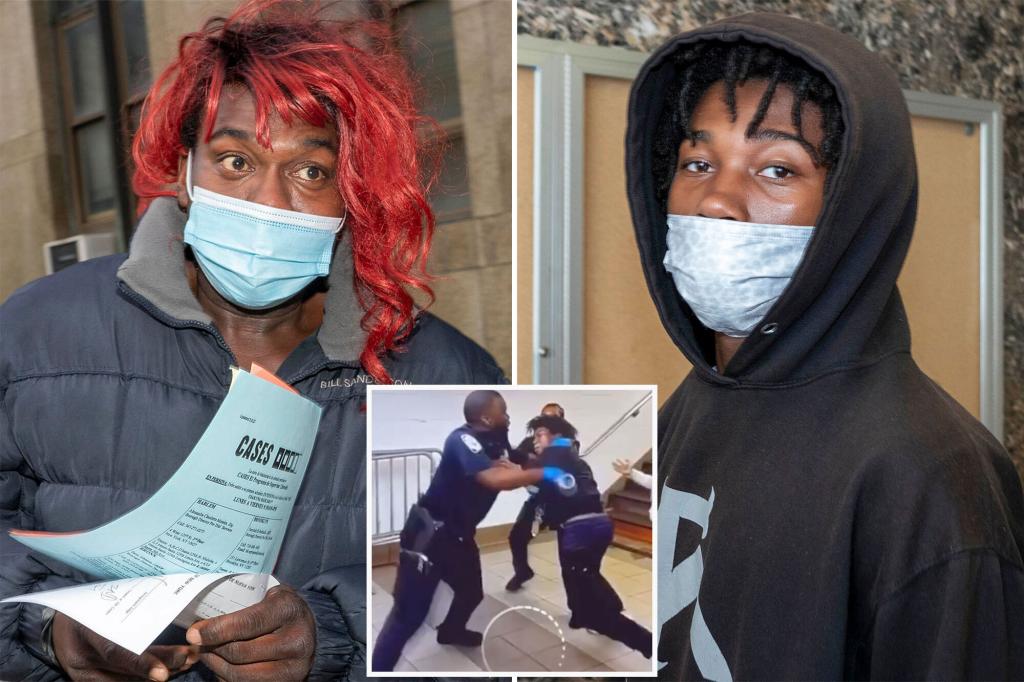 The revolving door of justice is spinning in overdrive these days.

Roughly one in every five crooks busted for burglary or theft in New York last year got re-arrested on a felony charge within 60 days after being put back on the streets, NYPD figures obtained by The Post show.

The alarming statistics reveal increases in alleged recidivism as high as three times what they were in 2017 — before New York’s controversial bail-reform law took effect in 2020.

“We went from a revolving-door justice system to an E-ZPass system,” fumed one frustrated Manhattan cop.

Another Manhattan cop predicted, “Nothing will change until the politicians stop worrying about the criminals.”

Instead, the focus should be on the victims of the city’s spiraling crime crisis, the cop said.

“It is traumatic for someone to walk into a house that has been burglarized or walk outside the house and see their car was stolen,” the cop said.

For suspects charged with grand larceny, the spike was nearly as high — 203% — with the alleged recidivism rate hitting 19.7%, up from 6.5%.

Among suspected auto thieves, 21% were soon busted again last year, more than twice the 10.3% recorded in 2017.

Meanwhile, the alleged recidivism rates among two categories of offense — burglary and auto theft — were even worse in 2020, when they were 27.1% and 26.8%.

Under New York’s bail reform law, only the most serious burglaries — those in which the perpetrator is armed with a deadly weapon or injuries to a victim — are eligible for bail and virtually all larceny suspects get released without having to post bail or bond.

An NYPD detective with more than 20 years on the job said, “They’re letting everybody out.”

“We see it every single day: ROR’d, ROR’d, ROR’d,” the detective said, using slang for “released on recognizance.”

“They originally were committing small crimes. Now they realize they can get away with medium crimes and then the bigger crimes they’re still getting away with.”

The veteran investigator also invoked this week’s stick-up of an off-duty cop, who was robbed of his gun and police identification in The Bronx, saying criminals “are just emboldened to do more and more and more.”

“When you get a police officer who’s robbed at gunpoint, where the guy asks him ‘Are you a cop?’ and he still robs him – that tells you where this city is right now, ”the detective said.

“Bail reform means you can shoot someone on Friday night and be back on the street on Sunday,” he said.

“There used to be a cooling off period where someone was arrested and held. The bad guys are literally beating the arresting officers back to the neighborhood.”

O’Donnell added: “People who are up to no good can’t believe their good fortune.”

“Even if they happen to get caught they have plenty of people advocating for them now,” he said.

“There’s no victim advocate. Everybody has been lined up now on the side of the offender.”

Mayor Eric Adams, a former cop who was elected last year on a law-and-order platform, has been calling for rollbacks to the bail-reform law, most recently to target repeat offenders.

Veteran Democratic political consultant Hank Sheinkopf said Adams has “got to show movement and he’s got to show power” because every category of major crime is up this year except murder.

“At a certain point, the voters will lose their minds about crime,” Sheinkopf said.

“There was a stabbing on 72nd Street on the No. 2 train in daytime. He’s got to do something or it will take a serious toll on him politically.”

On Wednesday, Adams said he had a “great, great conversation” with Heastie.

Hizzoner said the speaker “agreed to look over some of the data that the New York City Police Department is going to present on how we’re having too many repeated offenders on bail-eligible, non-bail-eligible crime.”

But Heastie’s spokesman later downplayed the discussion, tweeting, “The bulk of the Speaker’s conversation with the Mayor centered around the fact that the crimes he was referring to were bail eligible and detention eligible in family court.”

“The Mayor asked if he could share some data and the Speaker said of course,” spokesman Mike Whyland added.