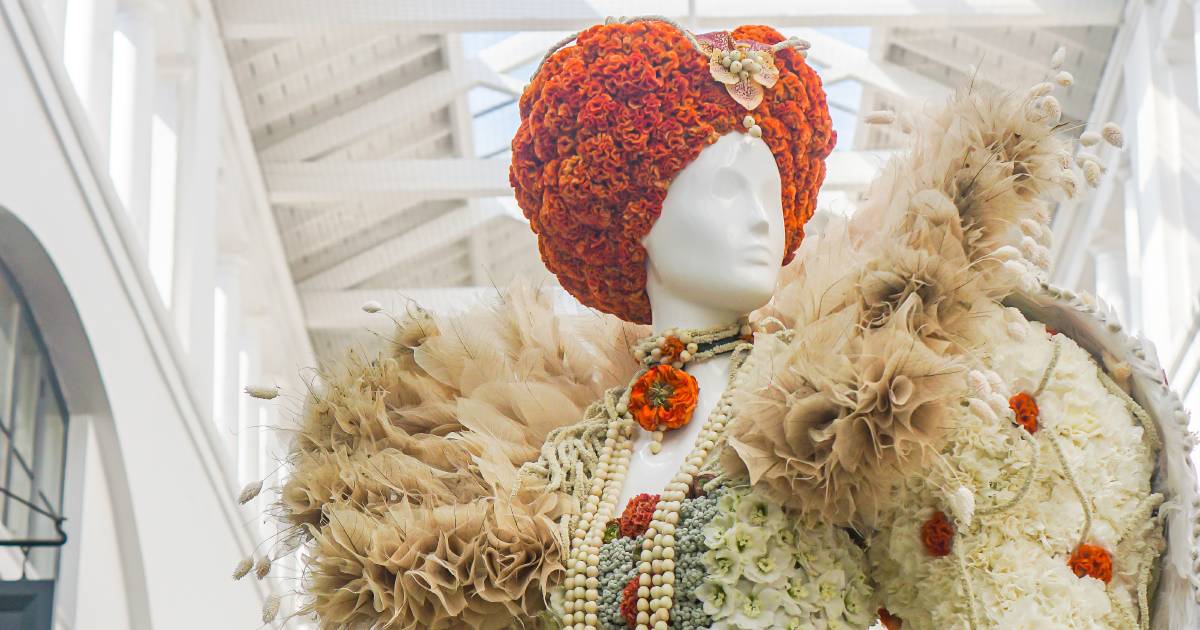 A floral tribute to Elizabeth I at Fleurs de Villes, Covent Garden on display in London. Picture: Supplied

This is branded content for the Royal Botanic Garden Sydney.

A hint of spring is in the air, the days are getting warmer and, of course, beautiful flowers are beginning to blossom and bloom.

And the most exciting part? Global sensation Fleurs de Villes will soon arrive in Sydney for the first time with their 2022 floral series FEMMES in partnership with the Royal Botanic Garden Sydney and Destination NSW.

Set to take over The Calyx at Sydney’s beautiful Royal Botanic Garden in all its splendid, whimsical glory from August 19 to 28, the arrival of the famed exhibition Down Under follows a successful five-year tour around the world in cities including London, New York , Vancouver and Chicago.

This year’s must-see extravaganza is titled FEMMES- a fresh floral celebration of remarkable women. Some of Sydney’s favorite florists will pay homage to 17 women who have made their mark on history, including superstar and pop culture icon Kylie Minogue, groundbreaking painter Frida Kahlo, and trailblazing Indigenous activist and educator Dr. Evelyn Scott, to name but a few.

The exhibition celebrates these women’s wide-ranging contributions through creative tributes in the form of fresh floral mannequins, with each florist basing their design on an inspirational photograph or painting of each FEMME.

In addition to the fresh floral mannequins featured at The Calyx at the Royal Botanic Garden Sydney, floral tributes to three more inspirational women will be exhibited around Sydney. FEMMES will celebrate Greek Goddess Persephone at Four Seasons Hotel Sydney, and Delta Goodrem and Miranda Kerr at Myer, Sydney.

Visitors are encouraged to vote for their favorite mannequin for a chance to win an urban staycation at Four Seasons Hotel Sydney, including crafted cocktails in Grain Bar.

They can also enter a “snap and share” social media contest for a chance to win tickets to Moulin Rouge! musical by snapping a photo of their favorite installation, tagging #FDVFEMMES and following @fleursdevilles.

A floral tribute to Oprah Winfrey at FEMME, Chicago, US. Picture: Supplied

Part of ticket proceeds will go to the Foundation and Friends of the Botanic Garden – a non-profit organization dedicated to supporting, preserving, and enhancing the work of the Royal Botanic Garden Sydney through its scientific research and conservation projects.

Tour the stunning showcase at your leisure but if you really want to immerse yourself in all that the coveted exhibition has to offer, you can also catch talks and demonstrations from expert florists, scientists and horticulturists, enjoy a French High Tea or Bottomless Rosé Brunch, or participate in a creative workshop. Don’t miss the floral event of the year!

The exhibition will be in full bloom from August 19 to August 28 at The Calyx. General admission tickets are $22, while seniors and kids aged between five to 17 can visit the fabulous floral displays for only $11. Tickets for Fleurs de Villes FEMMES are on sale now and can be purchased at botanicgardens.org.au/femmes

This is branded content for the Royal Botanic Garden Sydney.