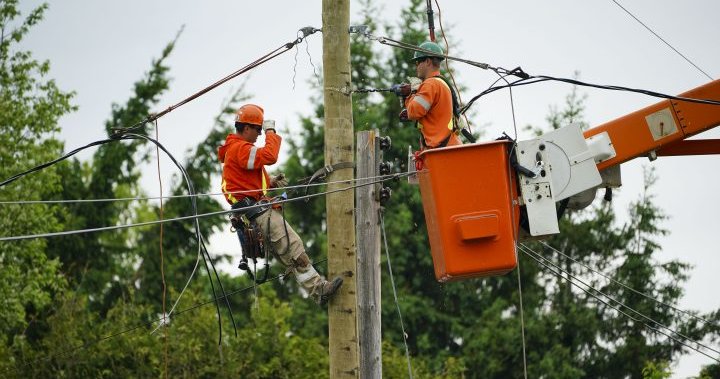 Remote parts of eastern Ontario will be without power for days or in some cases weeks following a deadly storm on May 21.

Hydro One says that over 2,800 customers in Bancroft and Tweed are still without power.

A spokeswoman says that due to the severity of damage, some customers in rural, remote and island locations in Bancroft will be without power for several more days.

In the Tweed area, Hydro One warns that a small number of customers may be without power for several more weeks due to the extraordinary level of damage.

The utility says 166 properties in Peterborough still don’t have electricity and two in Perth are without power. On Tuesday, Peterborough Mayor Diane Therrien said the city is applying for disaster relief funding in the wake of the storm’s devastation.

Hydro Ottawa says that 1,400 of its customers are still without power.

The utility says that the properties remain without power due to tree contacts, damaged equipment or other interference.

The storm killed 11 people in Ontario and Quebec and left hundreds of thousands in the dark after high winds toppled countless hydro poles and trees.

Environment Canada has said the severe weather involved a right — a rare widespread windstorm associated with a line of thunderstorms — that developed near Sarnia, Ont., and moved northeast across the province, ending in Quebec City.

— with files from Global News

5:11
How to prepare your home for extreme weather events