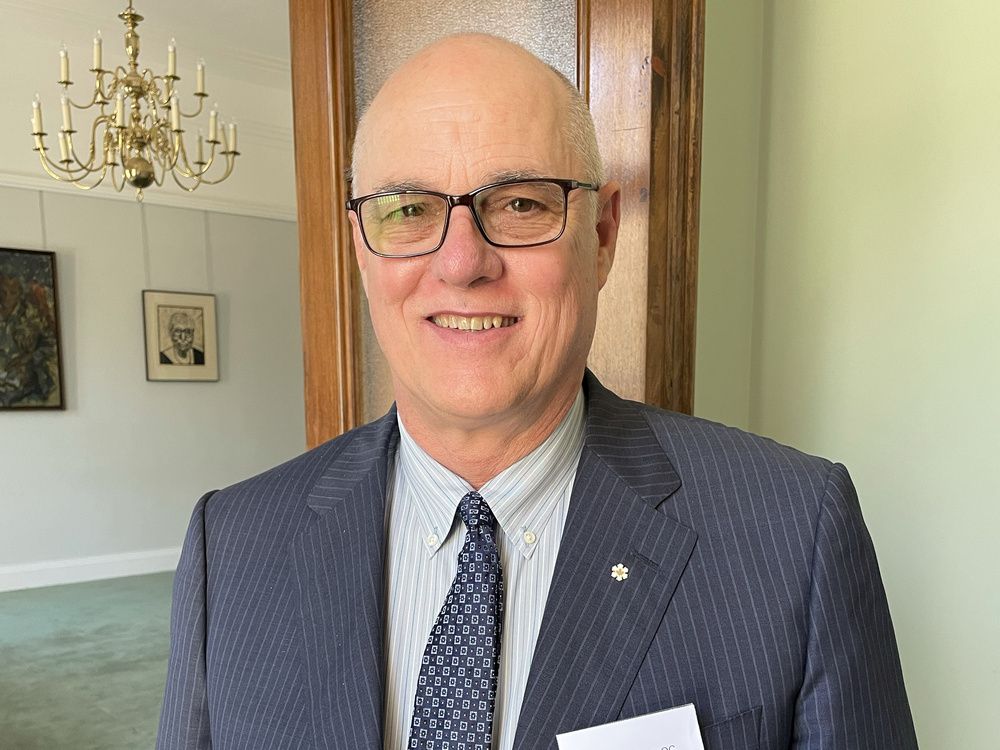 Michael Rudnicki’s wife bought him a fountain pen for Christmas so he could practice signing his name with it.

On Wednesday, the Ottawa scientist who is internationally recognized for stem cell research — specifically when it comes to Duchenne Muscular Dystrophy, put that practice to work, carefully writing his name in the charter book of The Royal Society in London.

In doing so, 63-year-old Rudnicki joined the likes of Sir Isaac Newton and Charles Darwin, along with many of the world’s eminent scientists, in becoming a member of the oldest scientific academy in continuous existence. As part of the ceremony, new members are required to use a fountain pen.

He is one of only 12 Canadian members of the 362-year-old academy. Four of the new fellows admitted to the Royal Society Wednesday are Nobel laureates.

“It is a tremendous honour. I am humbled and gobsmacked,” Rudnicki said in an interview before the ceremony in London this week. “It gives me goosebumps.”

Rudnicki is a senior scientist and director of the regenerative medicine program at the Sprott Center for Stem Cell Research at The Ottawa Hospital Research Institute. He is also a scientific director with the Canadian Stem Cell Network.

The Ottawa-born scientist, who dreamed of being a marine biologist as a child because of his love for the work of Jacques Cousteau, decided on biology because that was available at local universities. He quickly become attracted to molecular biology and has devoted his career to the field of stem cell research.

His research has transformed the understanding of muscle development and regeneration and has led to novel stem cell-based approaches to treating muscular dystrophy.

Rudnicki said what originally drew him to molecular biology was the joy of discovery, but his motivations have changed over time.

“As I became older, I met patients and children with these terrible diseases, including Duchenne Muscular Dystrophy. The motivation now is to do something positive to impact their lives and I think this work is pointing in that direction.”

Duchenne Muscular Dystrophy is a genetic disorder characterized by progressive muscle degeneration and weakness that is life-limiting. Treatment means some people live into their 30s with the disease, but most do not live beyond their 20s. There is no known cure.

Two Canadian scientists — James Till and Ernest McCulloch — first demonstrated the existence of stem cells in 1961 while studying the effects of radiation on the bone marrow of mice at the Ontario Cancer Institute in Toronto. Their research is now considered a seminal scientific discovery of the last century, on par with DNA.

“This is really Canada’s science,” said Rudnicki. “We are world leaders in stem cell research. We punch well above our weight.”

The Stem Cell Network has supported numerous clinical trials testing new therapies that he says have the potential to revolutionize medicine.

“This is a true area of ​​strategic strength in Canada. Something all Canadians should be proud of.”

Rudnicki says his scientific career continues to be immensely satisfying.

“Where an individual working in a lab can make discoveries that can contribute to human knowledge, this is tremendously exciting. It is a life well spent.”

Still, he said he never imagined he would be part of a scientific organization that includes icons such as Charles Darwin, who changed history with his work.

“I am working hard to make my place, but I never dreamed I would be elected to The Royal Society. That is very humbling.”

On Wednesday, Rudnicki soaked in the atmosphere of The Royal Society, taking pictures of famous signatures in the charter book that dates back to 1662 and posing beside a painting of Darwin.

As with many milestones during the pandemic, he had to wait for that moment. He was nominated in 2020, but the ceremony was delayed two years because of COVID-19. Every year, some 700 scientists, including some from Commonwealth countries, are nominated to The Royal Society and around 50 are voted on by members. Since it was founded, the society has had about 8,000 members. Currently, there are 1,700 members.