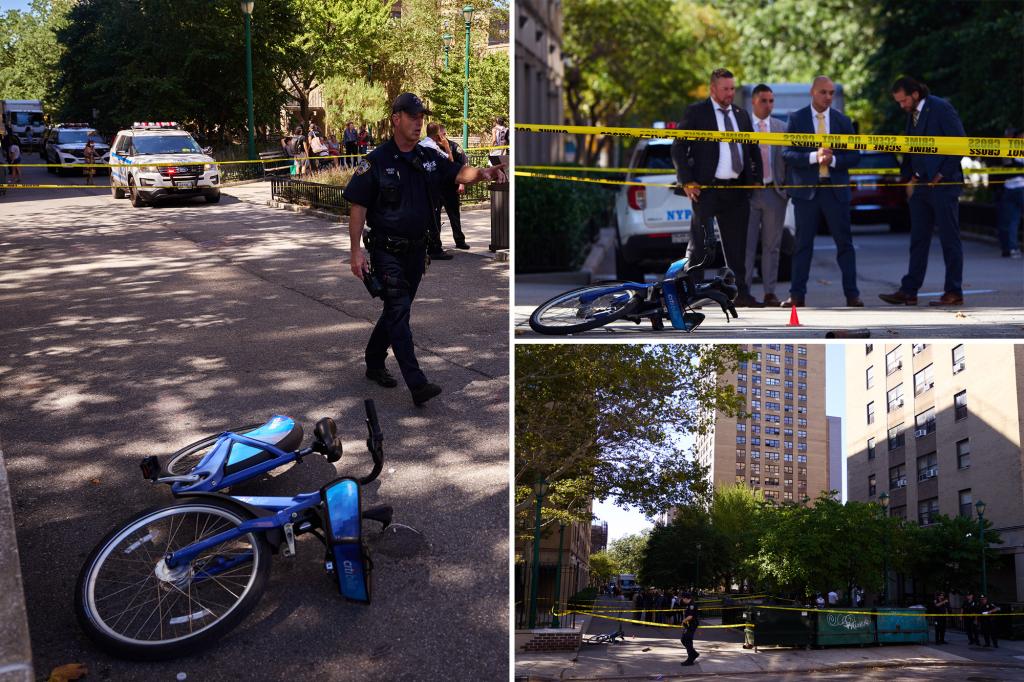 A 26-year-old reputed gang member was fatally shot in the head during a broad-daylight East Village attack Thursday, cops said.

The victim — an alleged Money Boy Gang member whose name has not been released pending family notification — was ambushed just after 1:30 pm at Avenue C and East 12th Street, authorities and sources said.

The gunman blasted him four times in the head as he walked out of an apartment building, according to cops and the sources.

Video reviewed by investigators shows that the gunman walked back and forth after he shot the victim, then kicked him multiple times in the head, sources said.

The victim was rushed to Bellevue Hospital, where he was pronounced dead.

Police found a pool of blood at the scene, as well as three 9mm shell casings and two 9mm unfired rounds, the sources said.

A Citi Bike was also found at the scene, but it’s unclear whether anyone was riding the bike during the shooting.

Records show that the victim was paroled last year in connection to an attempted murder conviction.

The suspect has been identified as a 21-year-old man, but no arrests had been made as of Friday morning, police sources said.