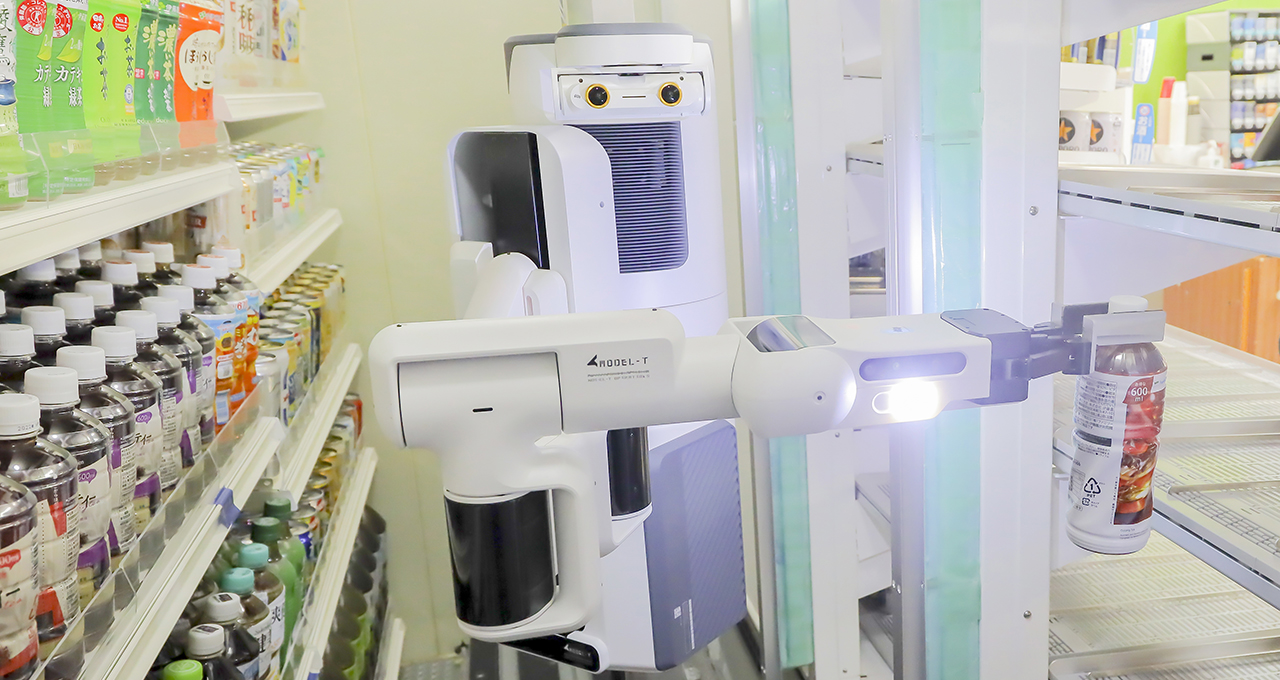 Tokyo-based startup Telexistence this week announced it will deploy NVIDIA AI-powered robots to restock shelves at hundreds of FamilyMart convenience stores in Japan.

There are 56,000 convenience stores in Japan—the third-highest density worldwide. Around 16,000 of them are run by FamilyMart. Telexistence aims to save time for these stores by offloading repetitive tasks like refilling shelves of beverages to a robot, allowing retail staff to tackle more complex tasks like interacting with customers.

It’s just one example of what can be done by Telexistence’s robots, which run on the NVIDIA Jetson edge AI and robotics platform. The company is also developing AI-based systems for warehouse logistics with robots that sort and pick packages.

“We want to deploy robots to industries that support humans’ everyday life,” said Jin Tomioka, CEO of Telexistence. “The first space we’re tackling this is through convenience stores — a huge network that supports daily life, especially in Japan, but is facing a labor shortage.”

The company, founded in 2017, next plans to expand to convenience stores in the US, which is also plagued with a labor shortage in the retail industry — and where more than half of consumers say they visit one of the country’s 150,000 convenience stores at least eleven a month.

Telexistence Robots Stock Up at FamilyMart

Telexistence will begin deploying its restocking robots, called TX SCARA, to 300 FamilyMart stores in August — and aims to bring the autonomous machines to additional FamilyMart locations, as well as other major convenience store chains, in the coming years.

“Staff members spend a lot of time in the back room of the store, restocking shelves, instead of out with customers,” said Tomioka. “Robotics-as-a-service can allow staff to spend more time with customers.”

TX SCARA runs on a track and includes multiple cameras to scan each shelf, using AI to identify drinks that are running low and plan a path to restock them. The AI ​​system can successfully restock beverages automatically more than 98% of the time.

In the rare cases that the robot misjudges the placement of the beverage or a drink topples over, there’s no need for the retail staff to drop their task to get the robot back up and running. Instead, Telexistence has remote operators on standby, who can quickly address the situation by taking manual control through a VR system that uses NVIDIA GPUs for video streaming.

Telexistence estimates that a busy convenience store needs to restock more than 1,000 beverages a day. TX SCARA’s cloud system maintains a database of product sales based on the name, date, time and number of items stocked by the robots during operation. This allows the AI ​​to prioritize which items to restock first based on past sales data.

TX SCARA has multiple AI models under the hood. An object-detection model identifies the types of drinks in a store to determine which one belongs on which shelf. It’s combined with another model that helps detect the movement of the robot’s arm, so it can pick up a drink and accurately place it on the shelf between other products. A third is for anomaly detection: recognizing if a drink has failed over or off the shelf. One more detects which drinks are running low in each display area.

The Telexistence team used custom pre-trained neural networks as their base models, adding synthetic and annotated real-world data to fine-tune the neural networks for their application. Using a simulation environment to create more than 80,000 synthetic images helped the team augment their dataset so the robot could learn to detect drinks in any color, texture or lighting environment.

On the software side, the team uses the NVIDIA JetPack SDK for edge AI and the NVIDIA TensorRT SDK for high-performance inference.

Learn more about the latest in AI and robotics at NVIDIA GTC, running online Sept. 19-22. Registration is free.