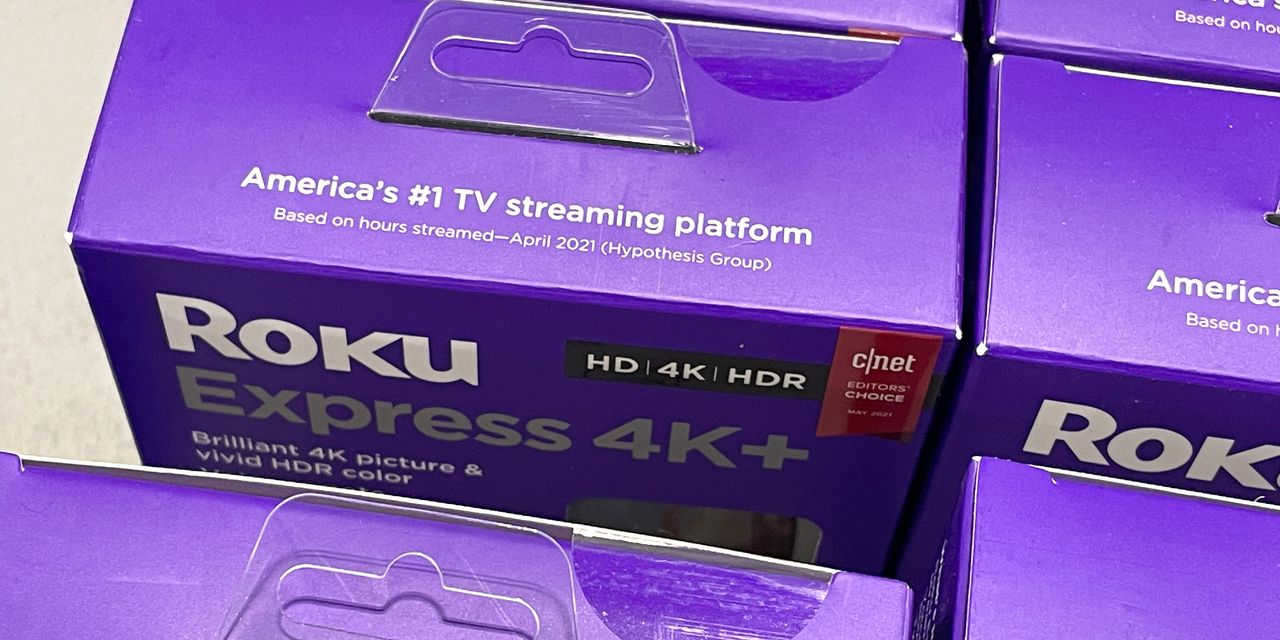 is the latest casualty of a slowing ad market. Shares of the connected- television firm company fell after the streaming firm warned investors that a slowdown in advertising and consumer spending would hurt sales.

The stock was down more than 26% to $62.51 shortly after the announcement. Shares have plummeted from a 52-week high of $490.76, as Wall Street has slashed its expectations for earnings following the pandemic, which had benefited streaming companies. But now, concerns about the economy are painting an even gloomier picture for advertising-focused firms.

sells devices that lets consumers access streaming services via a platform the company provides. The bulk of its revenue comes from the platform, where it gets a cut of certain ads and subscriptions sold there. Roku’s platform revenue rose 26% year over year to $673.2 million, while its player segment sales fell 19% to $91.2 million.

“In Q2, there was a significant slowdown in TV advertising spend due to the macro-economic environment, which pressured our platform revenue growth,” CEO Anthony Wood and CFO Steve Louden wrote in a letter to shareholders. “Consumers began to moderate discretionary spend, and advertisers significantly curtailed spend in the ad scatter market.”

The Roku executives cited fear of a recession, inflation, rising interest rates, and supply-chain disruptions as factors that are likely to hurt the ad market and consumer discretionary spending. For the third quarter, they expect revenue will up just 3% year over year to $700 million, well below analysts’ expectations for $898 million. The company also withdrew its full-year outlook, citing uncertainty and volatility in the macroeconomic environment.