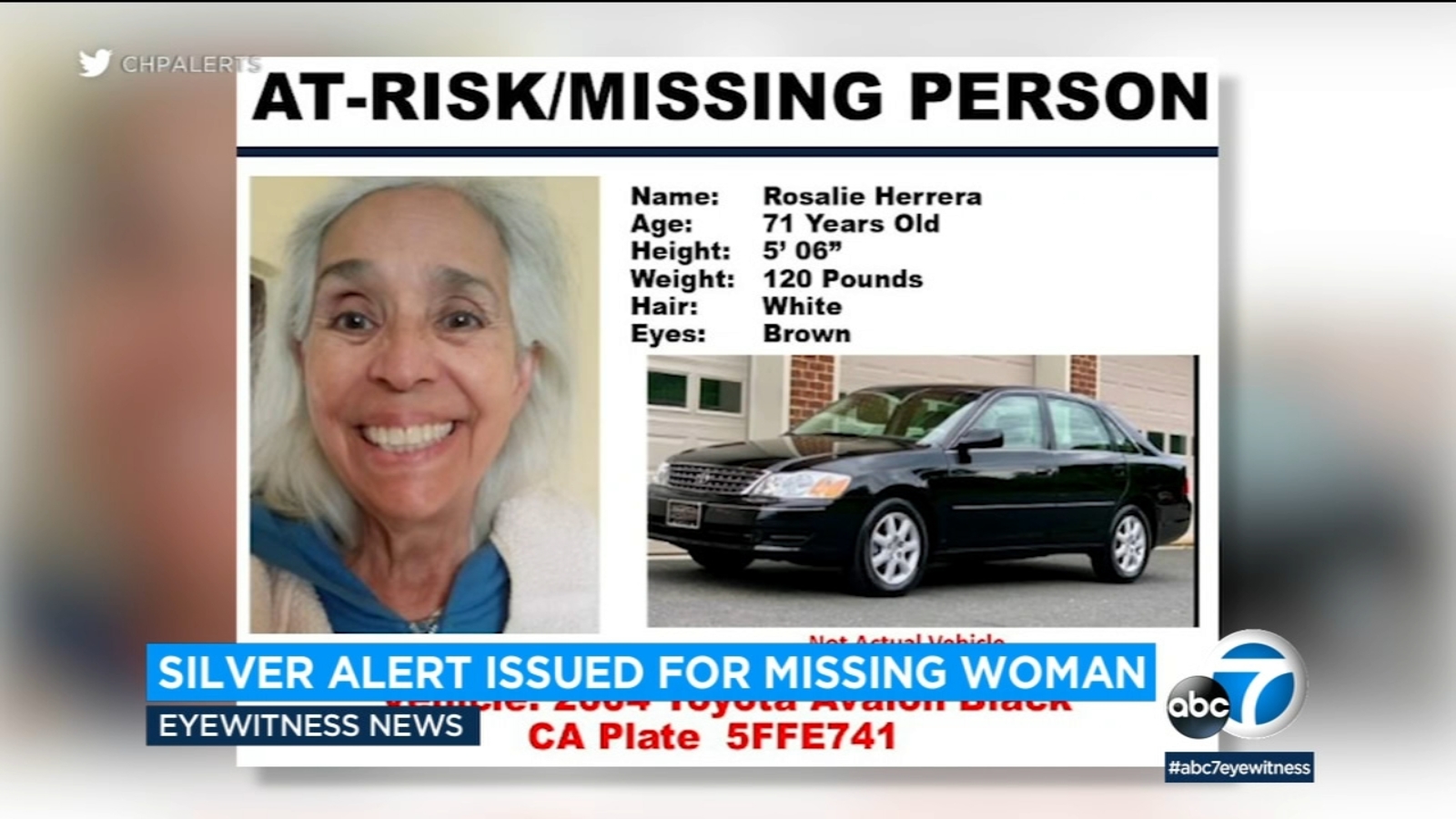 WILMINGTON, LOS ANGELES (KABC) — The California Highway Patrol is asking the public to be on the lookout for a missing woman who is considered to be at-risk.

They have issued a Silver Alert for 71-year-old Rosalie Herrera.

She was last seen in Wilmington at around 4 pm Wednesday wearing a red USC sweatshirt and blue Dodgers cap.

Herrera may be driving a 2004 black Toyota Avalon, with California license plate: 5FFE741.

Anyone who sees her should call 911 immediately.