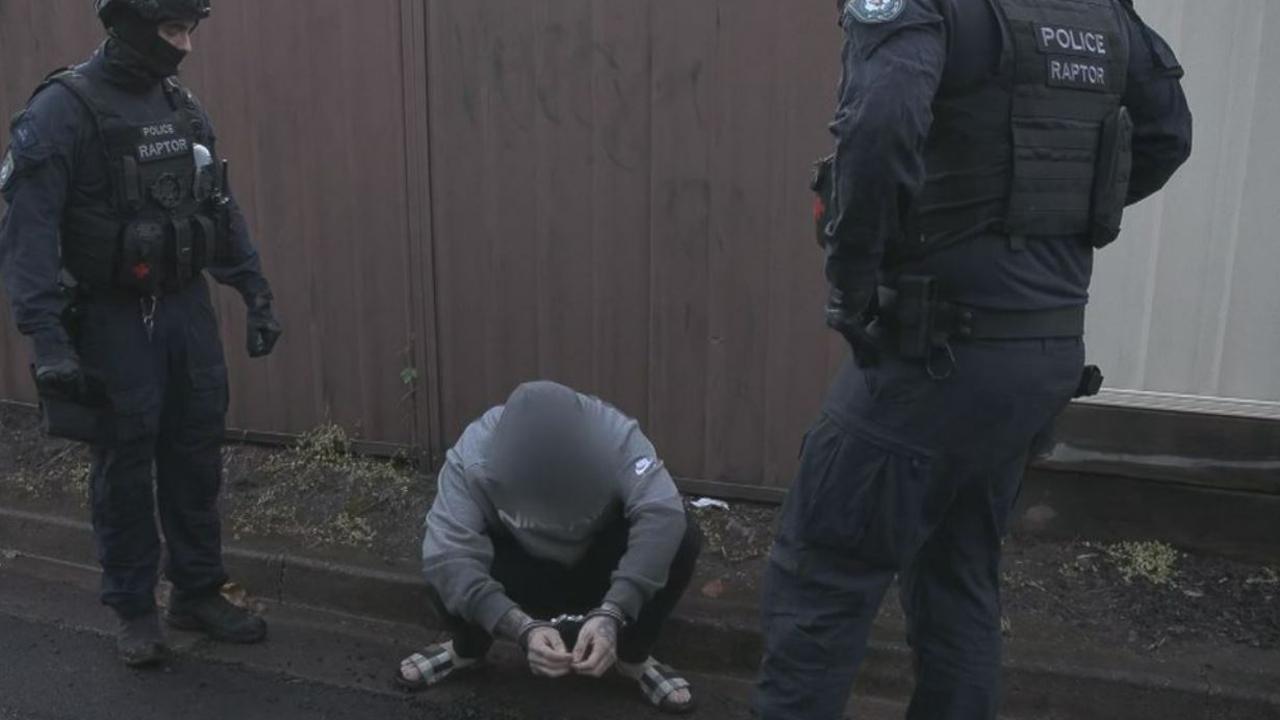 A man has been rushed to hospital following another shooting in Sydney’s west overnight just hours after police celebrated a major breakthrough.

Three 25-year-olds have been charged following a shooting in Sydney’s southwest just hours after NSW Police declared a major breakthrough in their crackdown on organized crime.

Police were called to a unit block in Roselands on Canterbury Rd after several people reported hearing a gunshot just after 10.30pm

A man in his 30s was treated by paramedics and taken to hospital in a serious condition with a gunshot wound to his hand.

He is reported to be in a stable condition.

Detectives and forensic officers were at the crime scene on Wednesday morning, with police dogs searching the area.

Two women, both aged 25, were charged with concealing a serious indictable offense.

Both were refused bail in Bankstown Local Court on Wednesday.

A 25-year-old man was also charged with possession of a knife in a public place and armed with intent.

He was granted conditional bail and will appear in court in June.

It comes just hours after police claimed they had “cut the head off the snake” after a massive police operation targeting mid-tier members of a criminal network allegedly run by the Alameddine family.

Eighteen men aged between 19 and 39 were arrested in dawn raids involving close to 450 officers on Tuesday.

“I’m confident that we have cut the head off the snake,” NSW Police Commissioner Karen Webb said.

Charges will range from possession of firearms to large commercial supply of drugs.

Police will allege some of the charges are linked to “dial-a-dealer” schemes that generated more than $250,000 per week in drug sales.