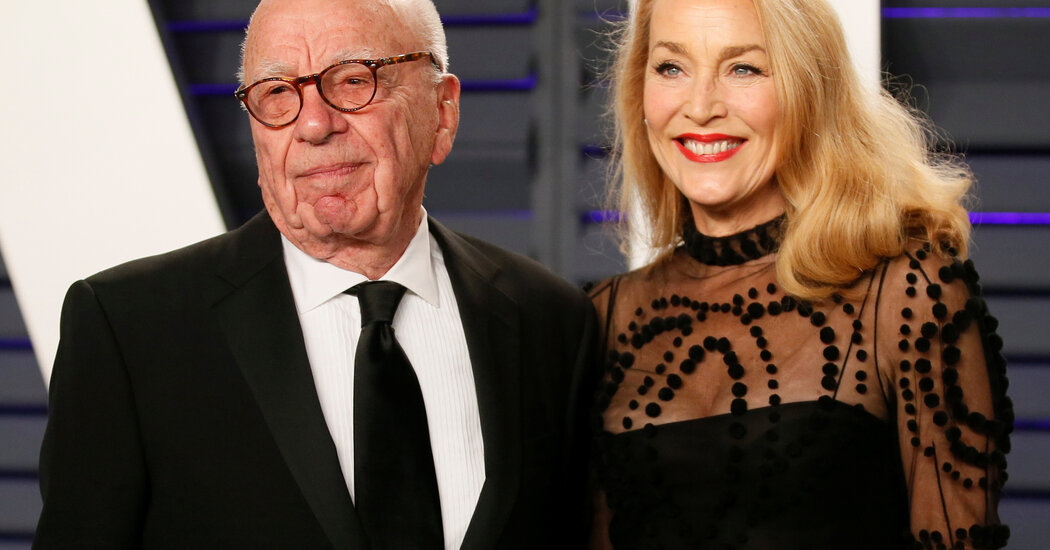 Rupert Murdoch, the media titan, and Jerry Hall, the model and actress, are getting divorced, according to two people with knowledge of the decision. The people would speak only anonymously to discuss a personal matter.

Bryce Tom, a spokesman for Mr. Murdoch, declined to comment. Representatives for Ms. Hall could not immediately be reached for comment.

Mr. Murdoch’s divorce, his fourth, is unlikely to alter the ownership structure of businesses he holds stakes in, which include parent companies of Fox News and The Wall Street Journal. The Murdoch family’s shares in the companies Mr. Murdoch founded resides in a strictly managed trust. Mr. Murdoch splits voting rights over that trust with his four oldest children — Lachlan, Elisabeth, James and Prudence — and has arranged them so that he can never be outvoted.

Still, the split could reverberate throughout his business empire, which maintains powerful sway in America and abroad through its right-leaning news brands including the Fox News Channel in the United States, The Sun in Britain and Sky News in Australia.

During the early days of the marriage, aides and people close to the family said he was happily devoting more time to his new wife, leaving room for his children — most important, his eventual chosen successor, Lachlan — to assert themselves at the top of the corporate hierarchy.

Some people close to Mr. Murdoch were surprised to hear of his split from Ms. Hall.

Mr. Murdoch and Ms. Hall wed in March 2016 at a centuries-old mansion in central London. Mr. Murdoch marked the occasion by announcing on Twitter that he would stop posting on the platform, calling himself “the luckiest and happiest man in the world.”

The October-December pairing — Ms. Hall is 65, Mr. Murdoch 91 — made the couple the regular subject of rival tabloids, with paparazzi regularly catching the two smiling broadly on a pristine beach, in a winter football stadium or at a black- tie opening.

Last year, Ms. Hall attended Mr. Murdoch’s 90th birthday party at Tavern on the Green, a swanky restaurant in Central Park, according to one attendee. Ms. Hall doted on Mr. Murdoch during the festivities, which were attended by luminaries from the realms of business, sports and politics, the person said.

Previously, Mr. Murdoch was married to Wendi Deng, an entrepreneur and investor, from 1999 to 2014. He divorced his second wife, Anna, a former newspaper reporter, in 1999, after more than three decades. Mr. Murdoch’s first wife was Patricia Booker, an Australian model, whom he divorced in 1965.

Ms. Hall was previously married to the singer Mick Jagger, but their marriage was annulled in 1999.