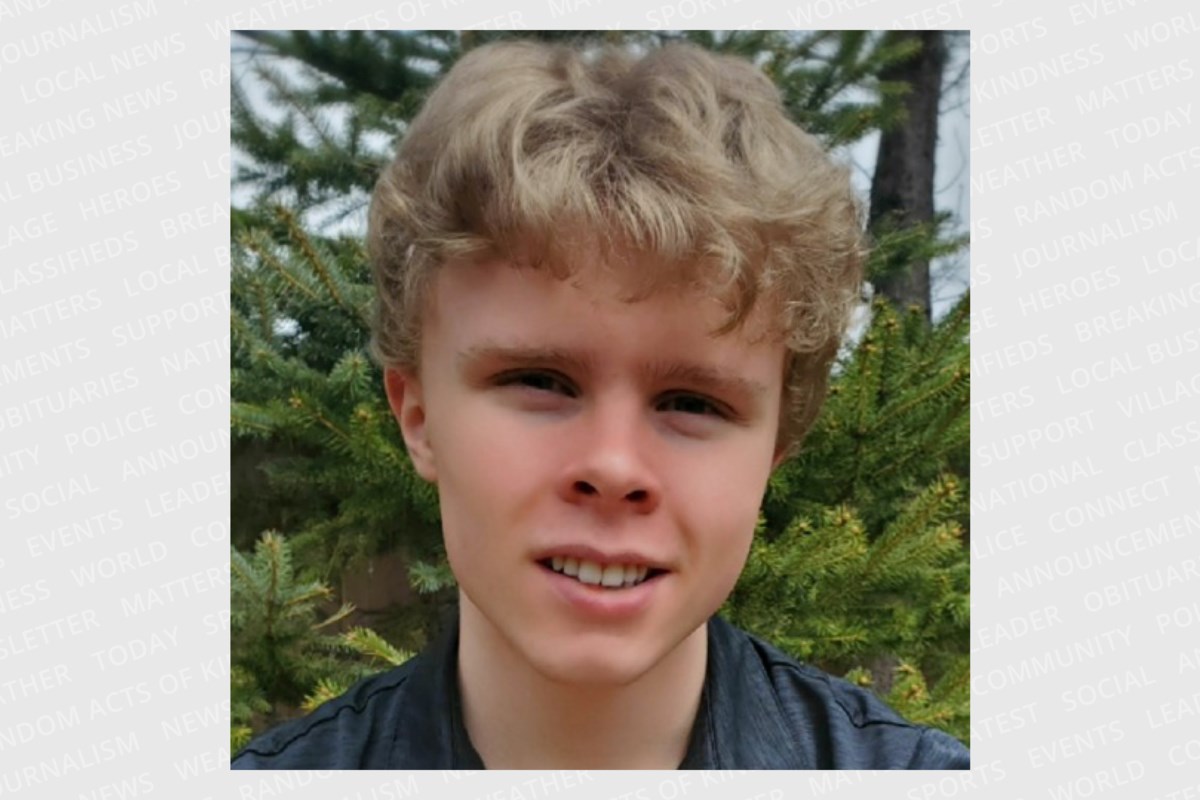 “Only one nomination contestant has met all filing requirements and deadlines set out in the approved nomination plan for Sault Ste. Marie,” Mike Cavanaugh, Ontario Liberal Party’s field organization manager, and Jordan Hudyma, the party’s northern regional vice president, said in an email to party members.

Cavanaugh and Hudyma continued: “Accordingly, Aidan Kallioinen will be acclaimed as the candidate of the Ontario Liberal Party in the electoral district of Sault Ste. Marie” at an online nomination meeting called Monday night with just 16 minutes advance notice given to local members.

No further information about the candidate has been provided by the party.

SooToday was unable to reach Kallioinen overnight, but he appears to be an articulate, politically savvy teenager who as recently as last year was a Grade 11 student at Lo-Ellen Park Secondary School in Sudbury.

Kallioinen writes about politics for thecanadianidea.ca, a youth-led news site.

“I’ve always been interested in other people’s point of view and I think politics as a career is really rewarding in that regard,” he told Sirius host Dahlia Kurtz last year.

“I think politics is the most direct way you can make a change in people’s lives. I’ve always been interested in world issues and things happening around us.”

“As I’ve gotten older, I’ve come to learn just how much of our day-to-day world is political and how much it influences the decisions we make.”

Kallioinen says his mother was initially “scared to death” when he expressed an interest in politics, but his parents have been generally positive about his career choice.

The teen politician says he even talked Robert Fife, the Globe and Mail’s Queen’s Park bureau chief, into giving him press credentials and a tour of the Ontario Legislature a few years ago.

Aidan’s decision to offer himself for the Sault Ste. Marie nomination was a last-minute thing, according to his father.

Paul Kallioinen says he mentioned to his son yesterday about the lack of a candidate in the Sault.

Aidan decided to look into it and talked to Tim Vine, the current Liberal candidate in Algoma-Manitoulin.

Shortly after 8 pm last night, Aidan learned it was a done deal and he would be carrying the Liberal banner into next month’s election.

Paul also told us that his son has been accepted at Carleton University in Ottawa and is considering majors in political science and journalism.

The youngest politician ever elected to the Ontario Legislature is Niagara West MPP Sam Oosterhoff, who was 19 when he was elected in a 2016 election.

Before that, the record was held by a Co-operative Commonwealth Federation MPP named Reid Scott, who was 21 when he was elected in 1948.

Sayers told SooToday’s James Hopkin last week that her bid to become the local Liberal candidate was rejected by party officials over concerns related to her social media activities and other issues.