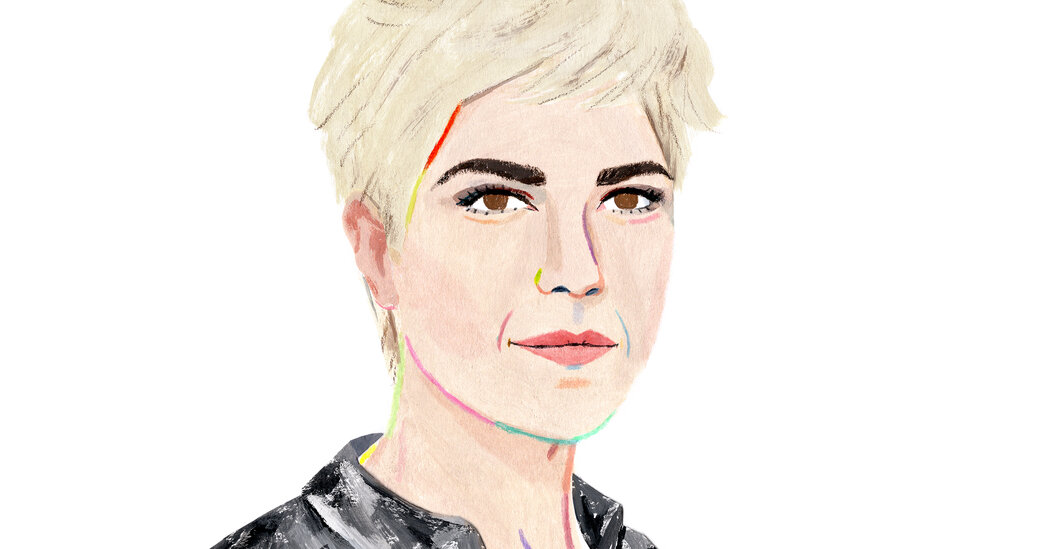 What’s the best book that’s been made into a great movie?

My first best book was made into a great movie — “Tess,” based on Thomas Hardy’s “Tess of the d’Urbervilles.” Nastassja Kinski is sublime as Tess; and my mother, who could be very critical of me but secretly adored me, remarked how I looked like her, so that was an added attraction. I cried so at the ending and was furious at the injustice of the patriarchal world contributing to her tragic flaw in her. She was doomed. And pure. And eventually a murderer. I loved her. I loved the movie as I watched it on our small television, right up close. My mother and I had already seen it at the theater, purchasing Jujubes at intermission. I see a blood-soaked ceiling in my mind’s eye. And Tess lying like a sacrifice at Stonehenge.

What book would you most like to see turned into a movie or TV show that hasn’t already been adapted?

Of all the characters you’ve played across different media, which felt to you the richest — the most novelistic?

Both my turns with Todd Solondz. His writing of him is so clean, to the point, rich and spare. One sentence tells a whole story.

The most immersive and by far the richest experience was “Gruesome Playground Injuries,” by Rajiv Joseph. It was a two-hander I did with Brad Fleischer at the Alley Theater in Houston a few years before my son was born. We are in the Samuel French as the originating actors, which feels like something. And it was an astoundingly heartbreaking and darkly funny production directed by Rebecca Taichman. Before and during the run in an overwhelmingly hot and sticky Houston, Rajiv, Brad and I would stand in the pool at our apartment complex and run the play from start to finish every day. Committing to this play was a tremendous task and truly transformative. Imagine running lines to your favorite play, all of which mirror your own life, like a mantra while wading in a pool day after day. It was a revelation and utterly terrifying to live what felt like my own life from elementary school to womanhood. Every performance and rehearsal a novel of quietly disturbing hope in connection.

What character from literature would you most like to play?

Auntie Mame seems like a nice departure for me.

Do you count any books as guilty pleasures?

What’s the last book you read that made you laugh?

Melissa Rivers’s book about her mother, Joan Rivers. It was so very good I gave it to my own mother, a few years before my mother died. I believe it was the last book that made her laugh out loud. It was excellent, we both wholeheartedly agreed. I must read it again. Oh, drat, my mom still has my copy.

The last book you read that made you cry?

I cried reading Molly Shannon’s new book, when she details the last moments of the tragic car accident that took her mother and sister. Her mother’s last words of her were asking for her girls of her. It just broke my heart.

The last book you read that made you furious?

Joyful Clemantine Wamariya’s “The Girl Who Smiled Beads” (written with Elizabeth Weil). Wamariya writes so purely about her incredible escape from the Rwandan genocide and her journey from her to the United States. The author’s strength and resilience of her are so beautifully explored. I felt helpless fury at the injustice and cruelty but also comforted by the presence of the writer. Reading Elie Wiesel’s “Night” and Harriet E. Wilson’s “Our Nig: Or, Sketches From the Life of a Free Black” at 14 were cousin experiences in reading.