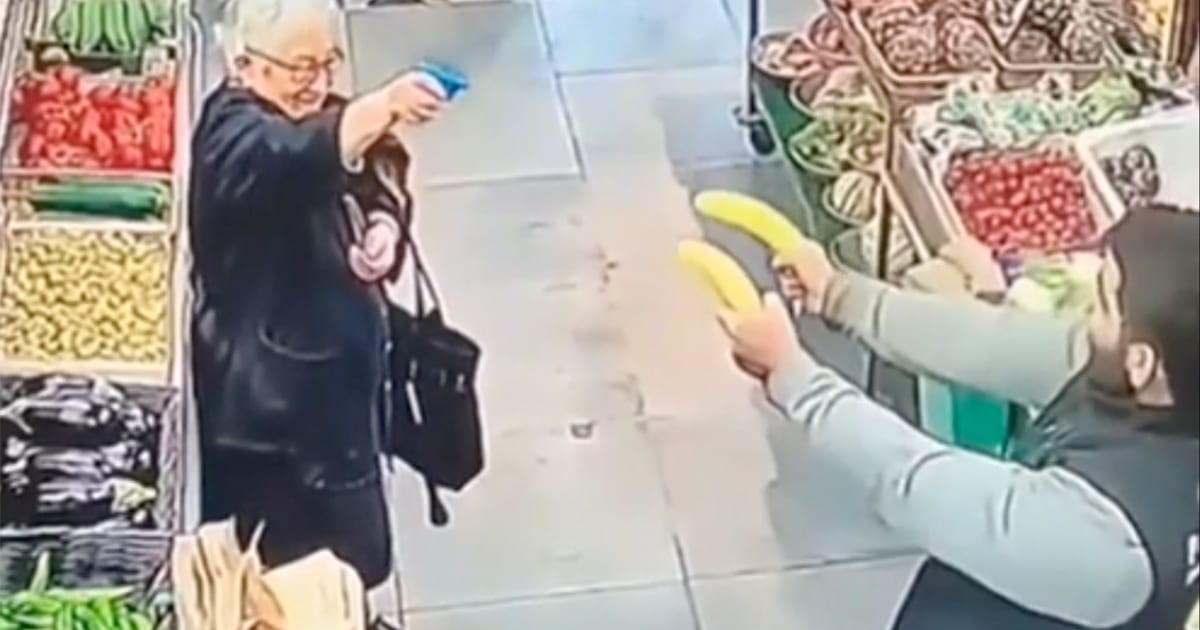 Two people have found a way to make their daily routine more fun and exciting. A series of clips show an older lady and a grocery store employee enjoying a fake stand-off every time they run into each other at the market.

In the short video, we see the gray-haired woman sneaking up on the man in the produce isolate and pulling out a small handheld water gun when he has his back turned, hoping to sneak up on him. Then, he surprises her by pulling out two bananas from her pockets and pointing them in her direction. They both appear delighted by the exchange, which appears to be a running game between the two of them.

In another instance of their endearing friendship, the grocery store employee pulls out a larger water gun than the woman, one he had stashed under a jacket, one-upping his opponent in this round. Then, when the older lady comes back with a large water gun herself, the man reveals a fake explosive vest filled with what appears to be breadsticks, ultimately earning them a draw. It’s wonderful to see how their imaginations keep evolving in the ongoing game between them.

A senior lady and grocery store employee have a fake stand-off every time they see each other.