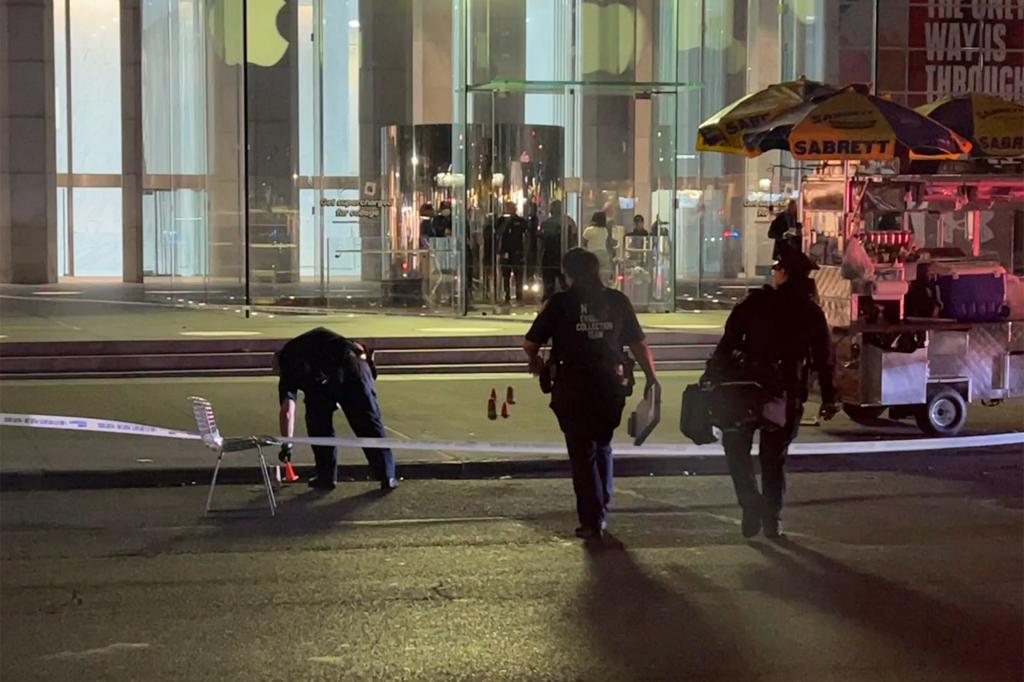 The gunfire erupted on Fifth Avenue near East 59th Street, in front of Apple’s sleek retail location, around 4 am, authorities said. No one was injured.

The ultra-modern store is opposite the iconic Plaza Hotel and just steps from other high-end retailers such as Louis Vuitton, Chanel and Balenciaga.

It is also just one block from Trump Tower, where the 76-year-old former commander-in-chief is staying while he is in New York to sit for a deposition as part of Attorney General Letitia James’ investigation into the Trump Organization.

Four suspects fled after the shooting – with two heading south on Fifth Avenue in a black sedan, and two running on foot, heading east on Madison Avenue, police said.

It’s unclear how many of the suspects opened fire, or the motive behind the gunshots.

There was no apparent link to the Apple store, which is open 24 hours a day.