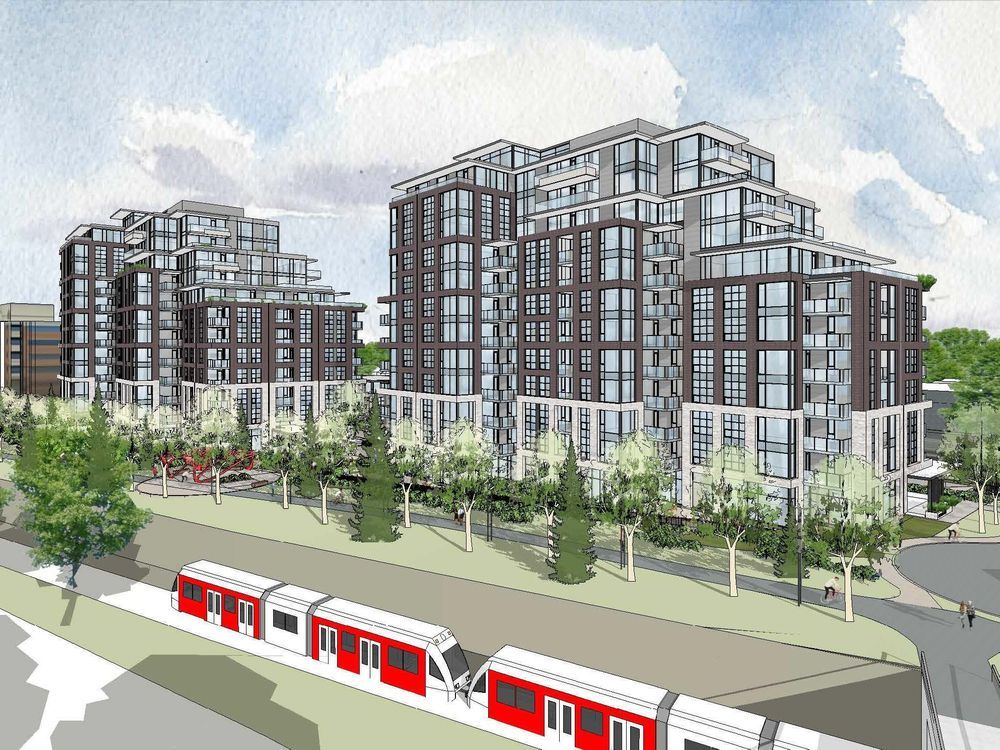 A proposed 12-storey apartment complex eyed for Westboro near a future LRT station shows that even an Ontario planning appeal tribunal decision might not set the land rules forever — or even for eight years.

Uniform Urban Developments has a plan to spread 263 units over two 12-storey apartment towers and three three-storey apartment buildings on a property at the north edge of Westboro along the Transitway at Roosevelt, Winston and Wilmont avenues.

The development proposal, which is scheduled for political consideration this month, is the group’s latest attempt to transform a manufacturing site into a high-density residential complex near a future LRT line.

A previous city council decision to allow 16-storey and 14-storey towers at the property was torpedoed by an Ontario Municipal Board adjudicator in 2014, giving community opponents a big win on appeal.

The adjudicator, who pointed out unclear city planning policies and “unusual” procedures when it came to the city’s community consultation, ruled that the property’s maximum building height is eight storeys.

The controversy has been less about density and more about the shape of the buildings.

In recent years, the developer pitched two towers of 21 and 18 storeys with 361 units, but changed course after hearing concerns from the community about the height of the buildings, leading to the current 12-storey proposal.

The reduced height hasn’t quieted the outcries in the community, including from neighbors who took a stand during the court hearing in 2014, like Gay Stinson and Christoph Zürcher.

Zürcher, a resident of Wilmont Avenue, said the project’s density goals could be reached with the new height and that there’s nothing in the new official plan that would legally support taller buildings. It’s no surprise the planning department is recommending approval “and I have no doubt that council will approve it,” Zürcher said Monday.

“This just shows once more that urban planning processes in this city have been captured by the developers, to use a very polite wording,” Zürcher said.

Stinson, who lives on nearby Whitby Avenue, remembered all the work and community fundraising that went into the 2014 court win, but now she feels “disheartened and dismayed” by the new development proposal.

“People are appalled and angry about it,” Stinson said.

“All of our arguments are the same arguments, that it doesn’t suit the residential characteristic of the community in which we live.”

In the recommended official plan amendment, staff explain that the 12-storey concept would allow more open space on the property. The current rules for the property would allow 60 per cent of the land to be covered, whereas the proposed lot coverage under the development scheme would be just over 48 per cent.

The 77,070-square-meter property is attractive for high-density development. It’s less than 200 meters from Dominion Station (being renamed Kìchì Sìbì Station), which will be repositioned 50 meters closer to the property as part of the Stage 2 LRT project. Another future LRT stop at Westboro Station is east of the development site.

For the city, there could be some enticing language in the developer’s planning rationale when it comes to the proposed ground-oriented low-rise units.

“These units are modeled after the 6-1-3 flats concept developed as part of consultations for the new official plan, demonstrating the effectiveness of ground-oriented housing for integrating new development within and at the edge of existing, mature neighbourhoods,” according to the planning rationale filed with the development application.

The 613 Flats idea to diversify housing, especially for families in residential intensification projects, has the city urging developers to create six-room homes that have one bathroom and three bedrooms.

Kitchissippi Coun. Jeff Leiper is sticking up for constituents who are fighting the proposed height of the project.

In his written remarks attached to the report scheduled to be considered by the planning committee on April 28, Leiper said there are positive things about the proposal, like additional green space and significant building stepbacks.