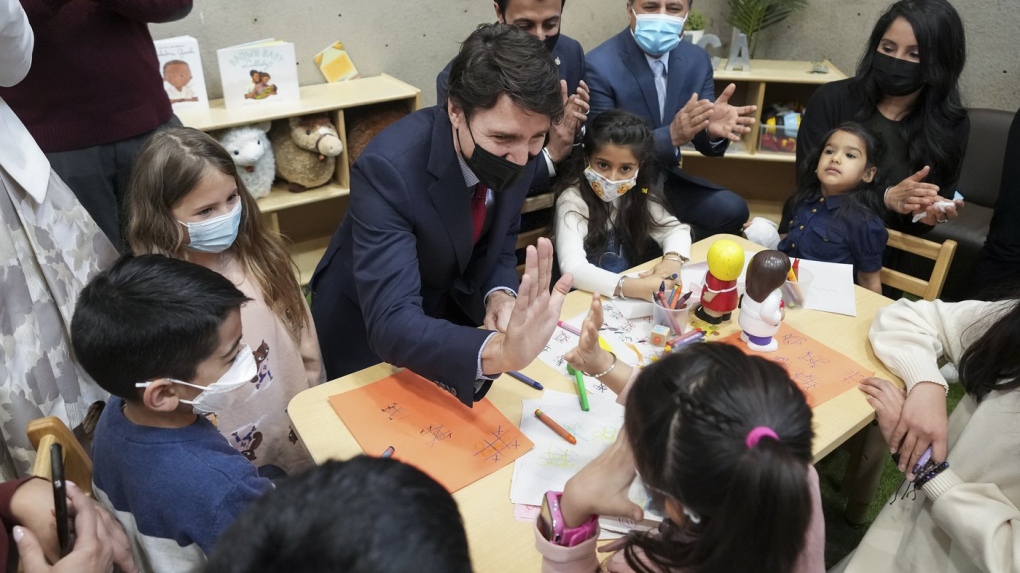 The federal government’s highly touted national child-care program aims to make care more affordable for parents, but a new study suggests just how much fees are reduced will depend on where they live.

The study by the Canadian Center for Policy Alternatives says because provinces and territories are taking different approaches to try to meet the government’s initial fee reduction targets, some might miss them.

“It seems to me the challenge is not so much getting a plan up and running, it’s correctly implementing it,” said David Macdonald, study co-author and a senior economist at the centre.

The Liberals’ 2021 budget promised $30 billion in new spending on a national child-care system over five years, and $9.2 billion annually afterward.

The government’s national plan is intended to cut average fees in half for regulated early learning and child-care spaces by the end of the year, and bring $10-a-day child care to every province and territory by 2026.

The four ways the provinces and territories plan to reach a 50-per-cent fee reduction include trimming set fees, giving a flat-rate rebate to parents without touching market fees, having each service provider halve their individual fees, and changing parent fee subsidies .

“Broadly speaking, most cities and most age groups will miss the federal targets. They won’t miss them by much, but they will miss them,” Macdonald said.

Different types of child care exist for different child age groups, including infant, toddler and preschool-aged care, the latter being the most common.

For preschool-aged child care, seven of 26 cities included in the study’s analysis will meet or exceed federal targets in 2022, including Whitehorse, Regina, Oakville, Ont., and Ottawa.

Meanwhile, 15 cities will be close to their targets, missing them by about $20 to $100 a month, including Lethbridge, Alta., Toronto, Saint John, NB, and Halifax, the study says.

The four cities that will miss their targets by more than $100 a month are Winnipeg, Calgary, Edmonton and Charlottetown, the center found.

The reason Winnipeg is one of the cities with fees set to lag behind its target has to do with its approach, Macdonald said.

Macdonald said he hopes the provinces move to the set fee system, the most predictable and transparent way to get to the 50-per-cent reduction in child-care fees. Five provinces have adopted this method, including Quebec and most recently New Brunswick.

Many other provinces haven’t touched the prior market fees, meaning whatever the child-care center charged is still in place, and parents would be given rebates against the fee, he said.

“Those market fees are all over the place. They can be expensive, they can be cheap, they can be in the middle. It’s much less predictable in terms of what parents might get,” Macdonald said, noting this route is harder to calculate and track for parents, and harder for provinces to manage.

The study says this approach will result in parents paying widely varying fees, though still less than what they were paying before.

Keeping the market system intact for child care also means it is unclear whether parents are actually going to get to $10 a day in three years time, Macdonald said.

Some might pay more than $10 a day as long as enough pay less than that to arrive at an average of $10, he said.

This report by The Canadian Press was first published May 10, 2022.

This story was produced with the financial assistance of the Meta and Canadian Press News Fellowship.