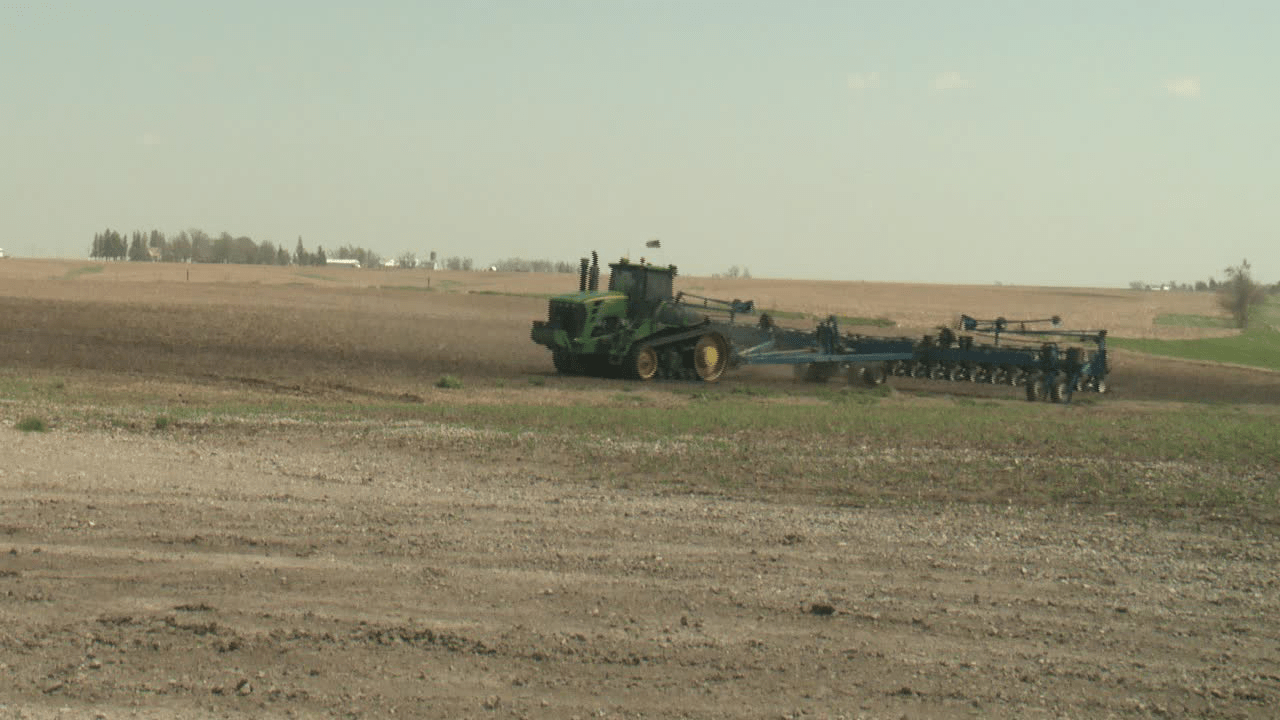 BAXTER, Iowa — Many Iowa farmers are expected to be out planting corn and soybeans this week as we finally get a break from the cold and wet spring.

According to the USDA the amount of corn and soybean crops planted in the state are both about two weeks behind average.

With warmer temperatures allowing the fields to dry, many farmers in the area are planting this week and expect crops to catch up quickly.

While some are worried about the later season, Brock Hansen, a farmer from Baxter says that with technology and upgraded equipment, things can get planted quickly.

“As far as timing, it’s really important. For us to get the corn crop planted, you know, the mid to later part of April, just for emergence to allow that corn crop to get the most growth to help us with the yield. Now, this year, we’ve been behind. We can catch up really fast, but the corn does get brittle when it grows too fast. But we’re dealing a hand with Mother Nature, so we have to deal with what we have,” said Hansen.