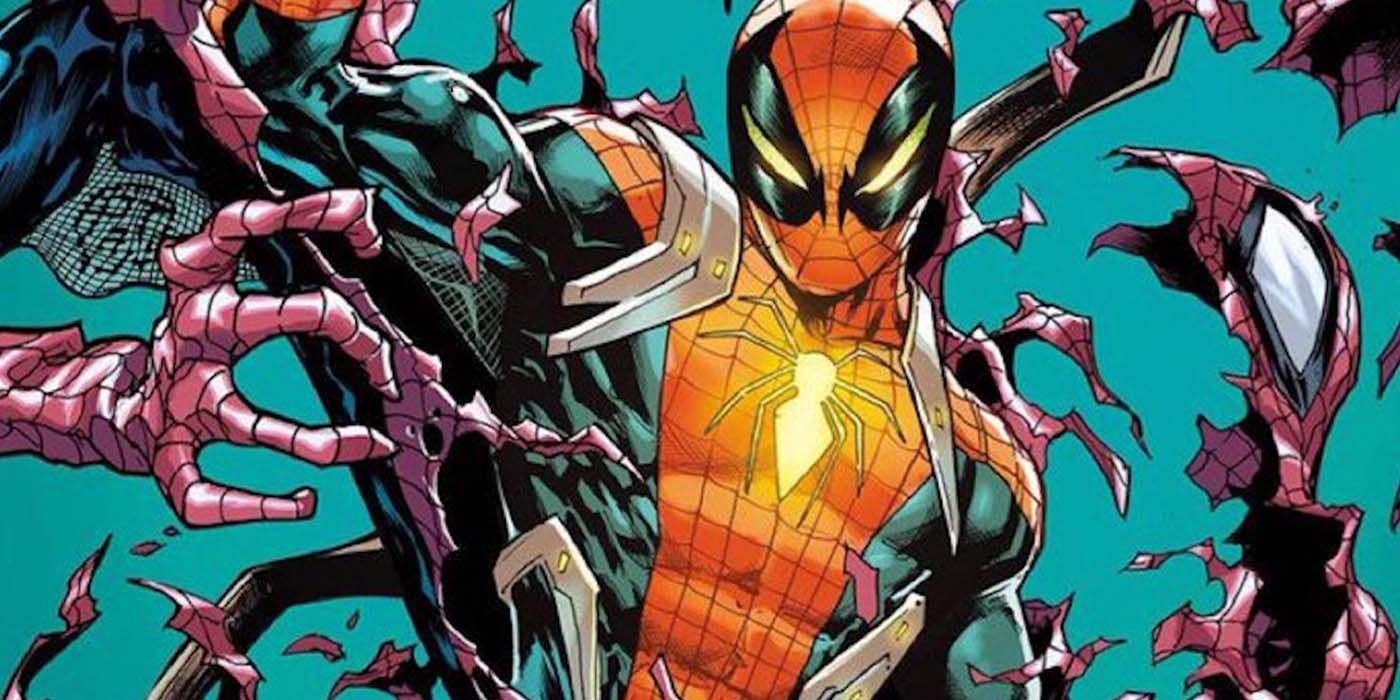 Warning! Spoilers for The Amazing Spider-Man #8 by Marvel Comics

Marvel Comics has revealed art for Spider-Man’s newest costume, which makes the web-slinging hero’s name more literal than ever before. In new cover art from Patrick Gleason, Peter Parker rips through his old suit and emerges with a brighter costume than before. Much like a real spider molting, Spider-Man sheds off his outer layer to debut his latest ensemble.

In the current The Amazing Spider-Man arc from Marvel Comics, Spider-Man has dealt with several new problems thrown his way. Between everyone in New York seemingly hating him, Mary Jane Watson being in a relationship with someone else, and his romance being reignited with Black Cat, Spider-Man is undergoing quite a transformative time in his life. The changes will keep coming for the hero, as new cover art for The Amazing Spider-Man #8 teases a glowing new suit that Spider-Man sports as he rips apart his classic look like a real spider, showcasing the next ensemble evolution for him.

Related: What Marvel’s Spider-Man 2 Can Learn From Web Of Shadows’ Venom Story

Marvel Comics shared brand new art for the upcoming The Amazing Spider-Man #8 from Zeb Wells and John Romita Jr., with the cover by Patrick Gleason highlighting the hero’s new glowing suit. The image makes Spider-Man’s name literal as, like a spider, he sheds his skin, molting his old suit in favor of his colorful new ensemble. The cover art is quite a horrifying way to introduce Spider-Man’s new look to him, as he rips off his previous suit like a spider, similarly revealing a harder exterior below. Check out the cover art from Gleason below.

The new suit gives Spider-Man a much more illuminated look, as his eyes, spider-logo, and circles on his arms all glow yellow. While details about the new costume haven’t been fully revealed, it may be designed to make Spider-Man stand out and feature advanced tech in each bright spot throughout his suit. A cover from Romita Jr. has shown Norman Osborn holding a glowing Spider-Man mask, so the villain is likely somehow involved in the new ensemble. Check out the official synopsis for The Amazing Spider-Man #8, which teases the arrival of Spider-Man’s new suit while also teasing the hero getting his own glider.

Spider-Man has a new costume and accessories that look vaguely…familiar. Is that a GLIDER?!

Spider-Man’s new costume looks great, offering a fresh look without drastically changing his appearance. Of course, the hero will always return to his most iconic look from him, but throughout his time from him as a web-slinger, he’s often changed up his look from him depending on the challenges he’s facing. Still, while the Patrick Gleason cover art of Spider-Man molting through his old costume is a terrifying image, it’s a great way to illustrate the upcoming changes for the hero. The Amazing Spider-Man #8 by Marvel Comics is in comic book stores on August 24th, 2022.

Next: Captain America’s Most Humiliating Defeat Came From a Pathetic MCU Hero

Would Spider-Man’s Daughter Technically Be A Marvel Mutant?