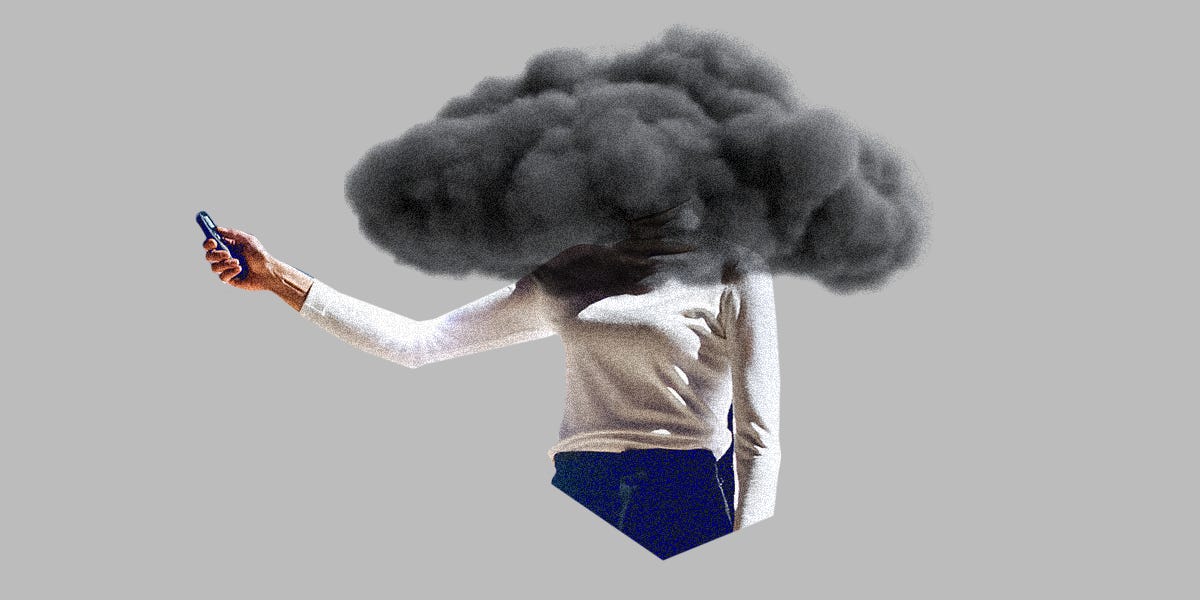 On November 15, Mirai Labs opened access to its virtual horse-racing game, Pegaxy, the startup’s foray into the world of Web3. The crypto industry at large was riding a tailwind, with venture-capital investors clamoring to back the next Coinbase or Axie Infinity. On launch day, tens of thousands of people bombarded the site to race the winged, steel-plated stallions and win digital tokens, which were held in an online wallet. Employees, high off the adrenaline from taking the game public, leapt into tech support to keep the servers from melting down, while Corey Wilton, Mirai’s spritely, 25-year-old cofounder, cheered them on over Telegram, feeling a rush of excitement as the token price rose.

The party didn’t last. The Pegaxy token’s market cap flew to $45 million in February, before plunging 96% in the crypto-market crash that unfurled later that month. Players of the game rage, hurling abuse at the employees on social media as their wealth disappeared. Wilton said he’s racked with anxiety over how his team is coping with the stress of it all.

“I want to build a company that’s able to provide for them,” Wilton told Insider. “My decisions snowball into their lives. That anxiety and pressure is something I hold on my shoulders.”

The emotional burden entrepreneurs take on is well-known across startup land. Ben Horowitz, a successful founder and legendary investor at Andreessen Horowitz, famously wrote in his book about him: “If you do n’t like choosing between horrible and cataclysmic, do n’t become CEO.”

But being a founder in a bear market is a more challenging game. The economic fear and uncertainty of the past six months has piled stress on founders who are already trying to do the impossible: build iconic tech companies. Founders are trying to save face for employees and investors while knotted up with the anxiety of a tech crash that has sapped funding for startups. Startups like Fast and Airlift have folded in the bust. Layoffs are rampant. And in an otherwise turbulent year, founders are also reeling from a global war, mass shootings, and a lingering pandemic.

“Most people are not OK. Founders are especially not OK,” said Katelin Holloway, a former human-resources leader and now an investor and partner at the venture firm Seven Seven Six. “Founders who are in the middle of a fundraise or an extension raise are extremely not OK.”

The experience of being a stressed-out founder is widely shared, and still many suffer in silence, according to interviews with more than a dozen founders and investors. They worry that talking openly about their mental health could shred their credibility with their team. Investors might see their mental-health struggles as a weakness and seek to replace them. So some founders hide behind a steely, hard-driving exterior. Many tell their secret only to other founders or spouses.

“The majority of VCs don’t want to hear about a founder’s mental health,” Josh Felser, an investor who has long been outspoken about mental health, said. “It’s like don’t ask, don’t tell.”

Two years ago, in June of 2020, Anvil, a software startup helping businesses turn paperwork into simple web forms, raised an oversized seed round from Google’s Gradient Ventures and others. The money carried the company through last year, so the company’s cofounder and CEO, Mang-Git Ng, pushed off the next fundraise. Then, in February, word spread of term sheets for startup funding getting pulled. Emails to investors went unreturned. The era of easy money was over.

Ng said startups have felt like “the rug has been pulled out from beneath them.” For the past few months, he’s lowered Anvil’s ad spending and leased extra office space to renters to cut costs and extend the company’s runway, postponing a new round a bit longer.

Being a founder requires some risk tolerance. But it takes a toll, said Linda Kim, a psychiatrist and therapist who has worked with many founders over the years. In times of uncertainty, the brain enters a hypervigilant state. It spins through future outcomes and makes predictions, studies show. If the uncertainty persists, the “brain gets tired,” Kim said. It surrenders to stress.

Naomi Allen, the CEO of Brightline, shouldn’t worry, but she does. Her startup de ella, which provides virtual-behavioral-health services to children, closed two investments just four months apart: a mega-round of $105 million in March and an extension of $10 million in July. Even with its coffers filled and a cost-cutting plan in place, Allen said she can’t ignore the pressures she’s facing.

“I feel meaningfully more stressed due to the macroeconomics, simply because it puts increased pressure on CEOs to be extremely judicious around burn,” Allen said. She wants to avoid a scenario where she has to go back out and fundraise before Brightline has hit key milestones.

In the beginning, investors care a lot more about the founder than their idea. They look for signs that the person has the expertise and obsession that makes them uniquely suited for the job.

“You’re being told how you’re built for this. This is your calling,” Thomas McLeod, a serial entrepreneur and the founder of Arkive, a blockchain-powered museum.

The pep talks are meant to inspire, McLeod said, but they only made him feel more insecure. At his fourth startup, Omni, in 2014, he hustled to make it a success, clocking 12-hour days and taking very few days off. But as the company scaled from a handful of employees to a hundred, the stress he felt took a physical toll. I have twice rushed from the office to a hospital in pain.

“I’ve had as many kidney stones as startups,” said McLeod, adding three ulcers to the tally.

It seemed McLeod’s prize for scaling Omni was more anxiety. Typically, the bigger a startup gets, the hairier the problems become, said Alexa von Tobel, who built the personal-finance app LearnVest and sold it for $375 million in 2015. Von Tobel, now a managing partner at Inspired Capital, said an entrepreneur’s reward for success is often more mental stress.

Founders say the pressure never lets up. Employees look to them for inspiration and answers, not to mention a steady paycheck. Investors count on them to multiply the money they put in, so their firms can pay back the nonprofits, foundations, and schools that front the capital. And founders might also have partners and families fighting for their attention.

During her startup’s fundraise this spring, Tricia Biggio said she would hang up the phone with one venture capitalist who explained his reasons for passing on the deal, and hop to the next investor call. Then she’d attend a team meeting and try to maintain a sunny disposition for her employees.

“You’re having to assure everybody that it’s all OK, but you’re also reading the same articles they are,” said Biggio, whose startup, Invisible Universe, develops animated characters for social media, like Serena Williams’ doll, Qai Qai , and Jennifer Aniston’s pet schnauzer, Clyde.

In recent years, more investors are showing founders that they have their backs. Firms like Felicis Ventures and Seven Seven Six commit 1% on top of every new investment for founders to pay for services like coaching and therapy. Founders backed by Freestyle Capital get three months of free therapy sessions and paid tuition at the Hoffman Institute, which offers a weeklong retreat to help people spot negative personality habits and learn new ways to deal with them.

Their motives aren’t entirely altruistic. These firms are part of a newer generation of venture capitalists, offering founders a bevy of personal services to help them win deals, Zal Bilimoria, the cofounder of Refactor Capital, said. He pays for founders and employees of seed-stage startups in his portfolio to receive free coaching and therapy out of the firm’s management fees. Doing so gives Refactor a “leg up in winning more deals,” he said, “but it’s also the right thing to do.”

After Dan Siroker left his last startup, Optimizely, to begin something new, he had his pick of hungry investors to back a repeat founder. He chose First Round Capital, partly so he could participate in its “founder forums,” where founders meet monthly with the firm’s talent partner to offer each other support.

“It’s a lonely job,” Siroker said of running a startup.

The forum ended after six months, but Siroker still meets with his cohort. In June, they got together for four days at the home of a First Round partner in Lake Tahoe, where they stayed up late sharing stories, and getting advice on how to take positive and negative feedback from their employees.

In hard times, founders say they often lean on each other in loosely formed support groups and group texts. They can vent their fears and frustrations without worrying about blowback, said Rei Wang, the cofounder and chief product officer at The Grand, a startup providing group coaching to professionals. Her investor, Seven Seven Six, pays for its founders to participate.

And the challenges aren’t always business-related. Caleb Frankel, whose Seven Seven Six-backed startup, EarlyBird, helps families invest in their kid’s financial future, wants desperately to have kids, but he and his wife have struggled with pregnancy loss. After their first miscarriage this spring, he broke down in tears on a video call with his staff from him.

Frankel wasn’t ready to talk about what was going on with him. But when the couple lost another pregnancy in July, he told his employees of him and a group of other founders in a session with The Grand. They gave him support and thanked him for his vulnerability.

“I previously had trained myself into believing it was a weakness,” Frankel said of his vulnerability. “It is becoming a core strength.”