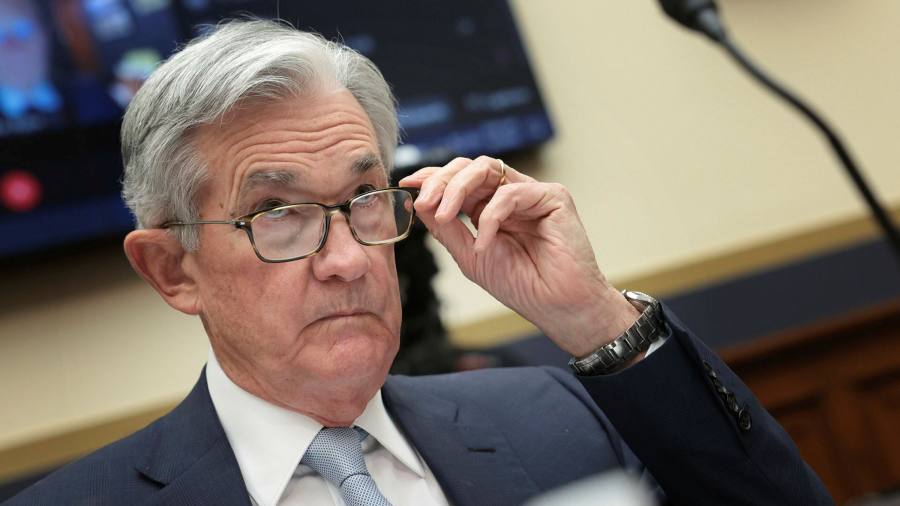 Stock markets dropped in Europe and Asia, while Wall Street futures signaled a shortlived rally would go into reverse, after a US central banker sounded the alarm on inflation and Japanese factory activity slowed.

Europe’s regional Stoxx 600 share index, which has lost more than a tenth so far this year as the economic impact of Russia’s invasion of Ukraine combined with the eurozone and UK central banks tightening monetary policy, fell 1 per cent in early dealings.

London’s FTSE 100 and stock markets in Germany, Italy and France dropped by similar amounts, while all major Asian stock indices swung into the red, with Hong Kong’s Hang Seng index 2.3 per cent lower and Tokyo’s Nikkei 225 down 0.9 per cent.

The moves came after a survey of Japanese businesses highlighted the ongoing inflationary impacts of supply chain disruptions caused by stringent coronavirus lockdowns in China and the Ukraine war.

Japanese manufacturing activity expanded at its slowest pace in three months in May, according to the au Jibun Bank flash purchasing managers’ index, which compiles responses to survey questions on topics such as new orders and input costs.

“The renewed introduction of lockdown measures across China and economic sanctions placed on Russia amid the Ukraine war had exacerbated supply chain disruptions,” said Usamah Bhatti of S&P Global Market Intelligence, which compiles the survey.

“As a result, there was a further intensification in price pressures across the private sector.”

Also darkening the market mood were comments made on Monday evening by Kansas City Fed president Esther George that strong household savings in the US may have a “wild card” effect on surging consumer prices. The annual rate of headline inflation is running at a 40-year high and Fed chair Jay Powell this month pledged to keep raising interest rates until price rises are tamed.

Futures trading implied Wall Street’s S&P 500, which bounced almost 2 per cent higher on Monday following seven consecutive weeks of losses, would lose 1.3 per cent at the New York open. Contracts tracking the technology-heavy Nasdaq 100 share index dropped 2.1 per cent. The S&P has fallen 17 per cent so far this year.

Charles Gave, of Gavekal Research, wrote in a note to clients that stocks may be “on the verge of Ursus magnus territory — a sustained bear market with a peak-to-trough decline of -50% or deeper”. He added: “I have known three such markets in the US over my career — 1973, 2000 and 2008. I enjoyed none of them.”

Elsewhere in markets, the yield on the 10-year US Treasury note, which moves inversely to the price of the benchmark debt security, fell 0.03 percentage points to 2.8 per cent as traders bought up the low-risk asset.

Germany’s equivalent Bund yield dipped 0.01 percentage points to 1.01 per cent. European Central Bank president Christine Lagarde on Monday had signaled the end of an eight-year era of negative interest rates in the eurozone.

Brent crude, the worldwide oil benchmark, fell 1.2 per cent to $112 a barrel.