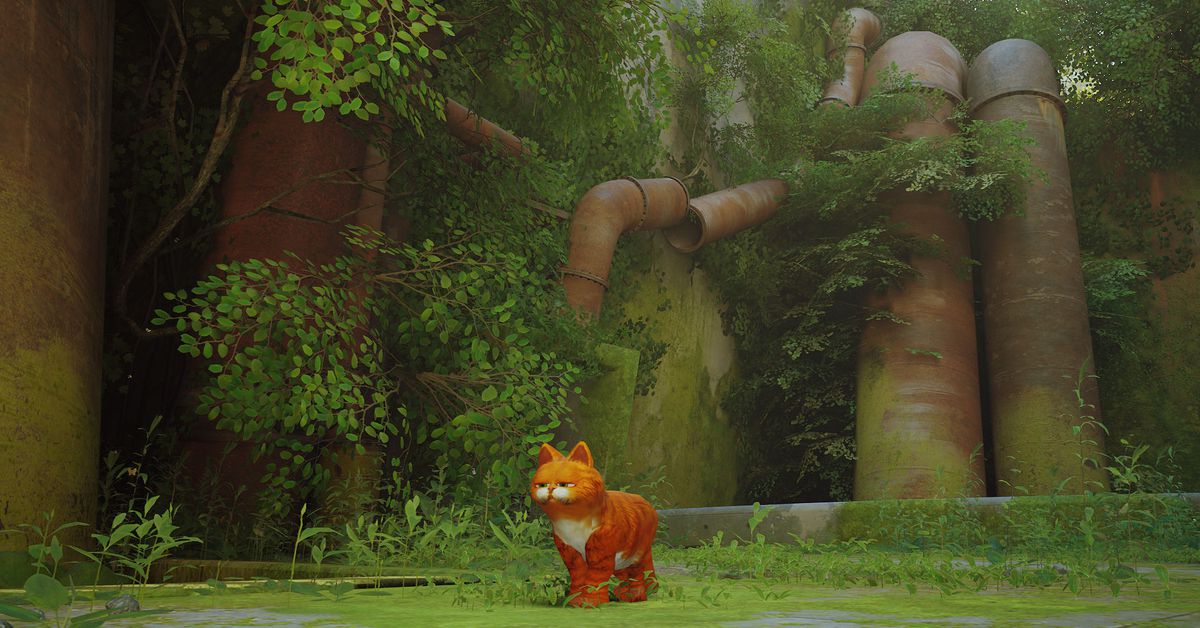 The main character of stray is a curious orange tabby cat who ends up saving the world by doing various cat-like things. It comes as no surprise that one developer decided to create a mod to turn the kitty protagonist into one of the most iconic orange tabby cats out there: Garfield.

Nexus Mods user crucino uploaded a new mod that replaces the default cat with the Monday-hating, lasagna-loving feline. The preview images show off Garfield with his signature half-lidded expression in the cyberpunk, post-apocalyptic world of Stray, and it’s pretty dang funny. Thankfully, this mod comes without Chris Pratt’s voice. Unfortunately, it also comes without lasagna. Garfield is a pretty pampered cat, so he’s probably not having a great time in the world of stray.

Lately, developers have been creating mods for stray that give the main kitty various makeovers—usually modeled after the modders’ own pets or requests from other players. Some are even designed to look like beloved kitties who passed away, so that their memories can live on in a digital world.

stray is out now on PlayStation 4, PlayStation 5, and Windows PC. If you spot a mod that makes the cat look like minelet me know.