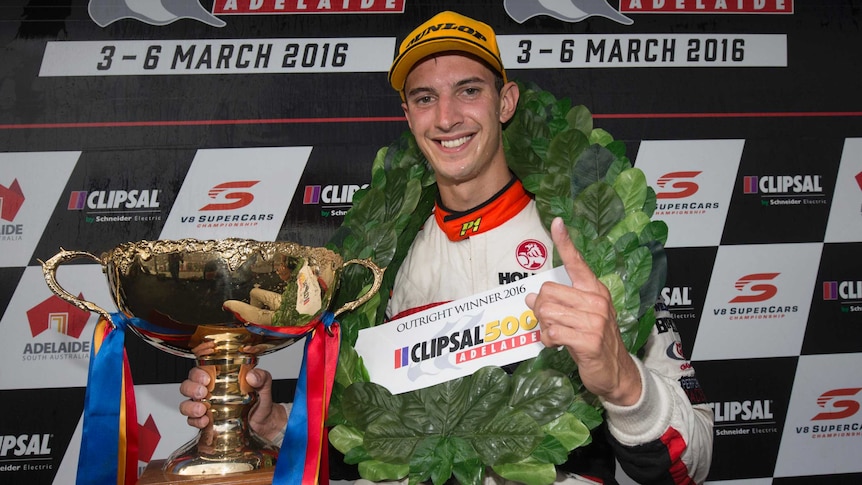 Supercars driver Nick Percat has launched an extended on-air tirade over the Adelaide 500 race, labeling critics of the event’s return as “crazy” and “infuriating”.

Appearing on ABC Radio Adelaide this morning after it was yesterday revealed that half the track needed resurfacing, Percat took exception to claims about the level of traffic disruption those works would cause.

“Honestly, you guys are crazy. It infuriates me,” Percat said.

“This event injects $45 million into the economy and you’re worried about missing out on one weekend of people going shopping.

“Every other country — if you watch motorsport — is kicking goals, biggest crowd attendances.

“Then we have Adelaide still pushing back. It’s infuriating, honestly.”

The next Adelaide 500 will be held in December after a decision to scrap the event was overturned by SA’s new government.

In making his comments, Percat — who is South Australian — was in part responding to Adelaide City councillor Alex Hyde, who said it would take five months for a “total set-up and pack-down” of the grandstand and other infrastructure in Victoria Park, which is currently accommodating a COVID testing station.

“Most of that [work] will be in the park, but there will be a lot of other works going on around it,” the councilor said.

“On balance, we’re glad to see the race back and that means filling up hotel rooms and filling up restaurants.

“[But] I’m really concerned about the effect this will have on accessibility to the city and thus the impact on that retail trade leading up to Christmas, because obviously this has always been done in March.”

But Percat — who began by saying “I’ve got to cut you off” — insisted the financial benefits of the event outweighed the inconveniences.

“It’s not five months of road closures — they start working there five months out because the event has not been there for a few years,” the Holden driver said.

“Then they have to resurface some roads, which happens every day because roads deteriorate, racetracks deteriorate.

“You’ve had two years of a bloody marquee set up there and you couldn’t drive around that parkland.

“You guys are just missing the big picture of putting South Australia on the map, again.”

While some listeners disagreed with Percat’s criticisms, others endorsed them, with one tweeting that the driver’s “passion on air” was “refreshing” to hear.