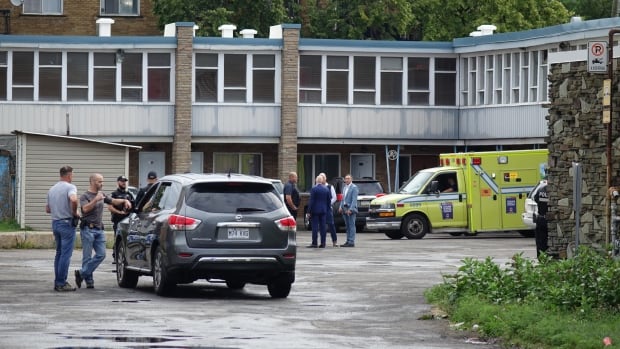 Police say officers shot and killed a suspect at a motel on Marcel-Laurin Boulevard in Saint-Laurent this morning, following a spate of seemingly random shootings in the greater Montreal area.

Montreal police (SPVM) are not releasing any details on the case, but Quebec’s police watchdog, the Bureau des enquêtes indépendants (BEI), said the suspect was involved in three recent shootings in Montreal and Laval.

Montreal police had already confirmed yesterday the two Montreal shootings were likely committed by a single suspect and said it may have been random.

A man in his 20s was then shot in Laval last night on Clermont Boulevard, while riding his skateboard.

According to the BEI, officers from the SPVM’s tactical intervention group allegedly began searching at the motel around 7 am this morning.

The BEI police says they were allegedly confronted by a man, 26, who had a firearm, and shots were reportedly fired.

The man was hit by at least one bullet and was pronounced dead at the scene, the bureau says.

Seven BEI investigators will be looking into the Montreal police’s actions during the intervention.

In a statement Thursday morning, the Sûreté du Québec said it will be taking over the investigation of the three homicides at the BEI’s request.