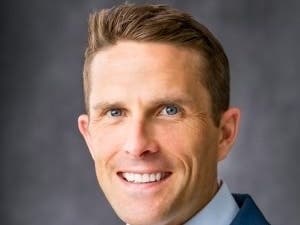 Following an extensive nationwide search, the Washington Metropolitan Area Transportation Authority Board of Directors announced on Tuesday the hiring of Clarke as Metro’s next general manager and CEO.

“With the current challenges facing Metro, we knew we needed to find an accomplished and innovative executive who has a track record of effective leadership,” said WMATA’s Board Chair Paul C. Smedberg, in a release. “It was obvious to the Board that Mr. Clarke was clearly the one candidate who most demonstrated his ability to be a transformative, strategic thinker who would redefine how the organization moves forward over the next several decades, ensuring Metro’s important role in driving future regional mobility.”

Prior to coming Austin, Clarke held various positions over a period of six years at the Massachusetts Bay Transportation Authority, including deputy chief operating officer.

As the vice president of operations and member services at the American Public Transportation Association. Clarke oversaw safety audits and industry peer reviews throughout the US for two years.

Clarke said in a release that he was honored to be named Metro’s chief executive at such a critical point in the transit system’s history.

“As a fellow transit customer, I will be focused on delivering the safe, reliable, and customer centric transit service that this region deserves,” he said. “I look forward to meeting with staff, customers, stakeholders and community members to learn more about how we can collectively build a bright future together.”

Clarke will take over the troubled Metro system after Wiedefeld’s departure later this summer. The outgoing Metro CEO announced in January that he would be stepping down on June 30.

The Metrorail system is currently operating with reduced service following last October’s derailment of a Blue Line Metrorail train in Virginia. Among many other issues, Metro also faces continued delays in completing the Silver Line extension to Dulles International Airport.

However, not all Metro news is bad. As people began returning to their offices following the easing of COVID-19 restrictions, WMATA reported that ridership was 40 percent higher than originally predicted, though still well below pre-pandemic levels.

Smedberg praised Wiedefeld for his work at Metro, saying he was the right person to serve as Metro’s general manager and CEO for the last six years.

“We are appreciative of Paul’s commitment to the Authority and his ability to put programs in place to improve safety, service reliability and financial management,” he said.