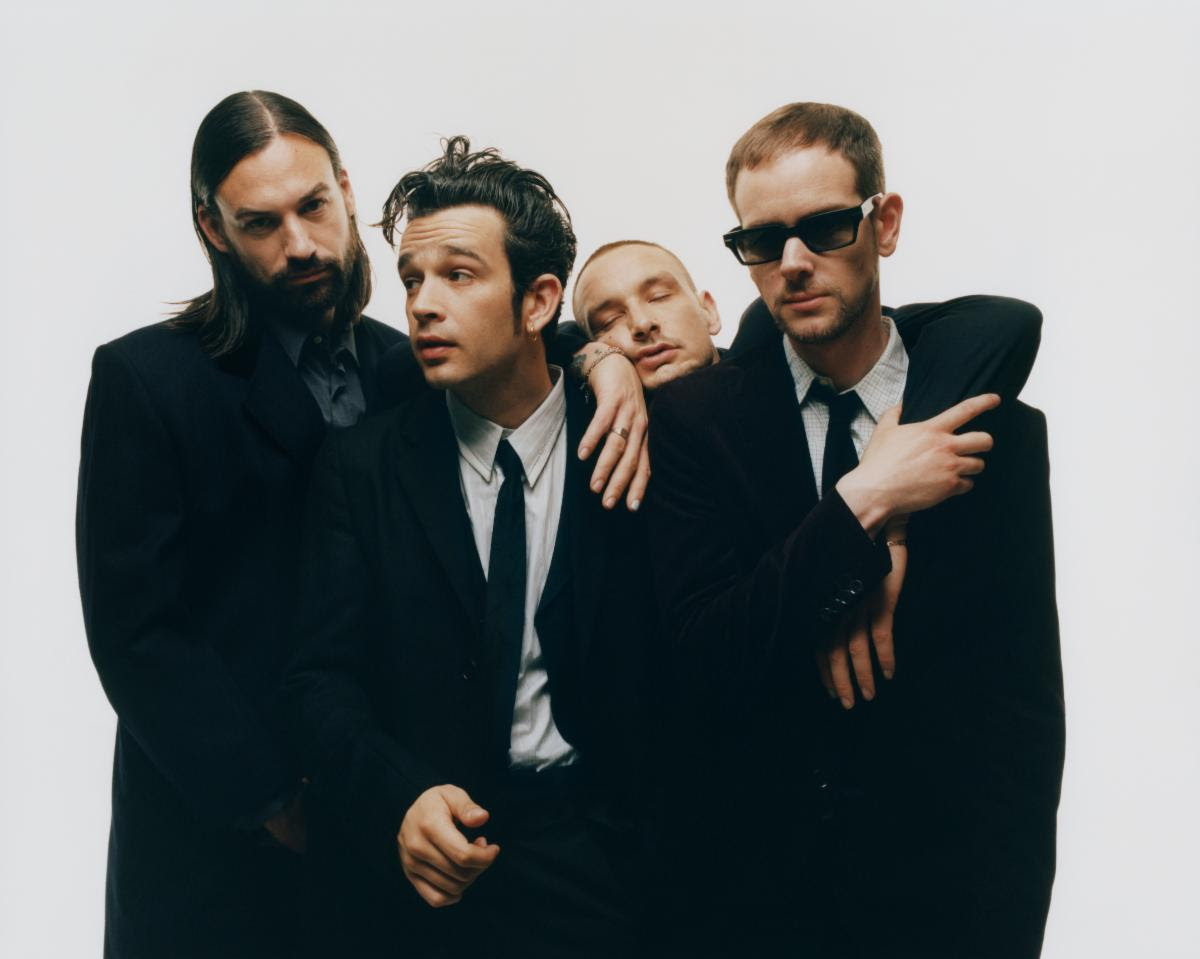 After remaining mostly silent since the release of 2020’s Notes On A Conditional Form, lately the band has been teasing a new single “Part Of The Band” for release next week and hyping up the launch of their new era. Yesterday they posted the lyrics for “Part Of The Band,” which are really something, even by Matty Healy standards. And now, via postcards mailed to fans, the band has revealed the title and tracklist for their fifth LP. It’s called being funny in a foreign languageand at just 11 tracks, it looks like it will be quite concise as 1975 albums go.

But first, those lyrics. Yeesh. You won’t find a more ardent defender of this band on the Stereogum staff, but even to me it reads like a little much. There are lots of references to orgasms and drugs, and Healy mentions “my cancellations,” presumably a reference to the time he deleted his Twitter account after facing backlash for a tweet about George Floyd’s death that played like promo for the band’s song “Love It If We Made It.” One choice line: “I know some Vaccinista tote bag chic baristas sitting in east on their communist keisters writing about their ejaculations.” Another: “Am I ironically woke up? The butt of my joke? Or I am just some post-coke, average, skinny bloke calling his ego imagination of him? Yeah, OK, here’s the whole thing:

And I fell in love with a boy,
it was kinda licks
I was Rimbaud and he was Paul Verlaine
in my imagination
So many cringes in the heroin binges,
I was coming off the hinges,
Living on the fringes of my imagination

Enough about me now
‘You gotta talk about the people baby’

Am I ironically woke up? The butt of my joke? Or I am just some post-coke, average, skinny bloke calling his ego imagination of him?

Healy has a way of making this stuff work within the context of a 1975 song, but in the meantime, “so many cringes” feels about right.