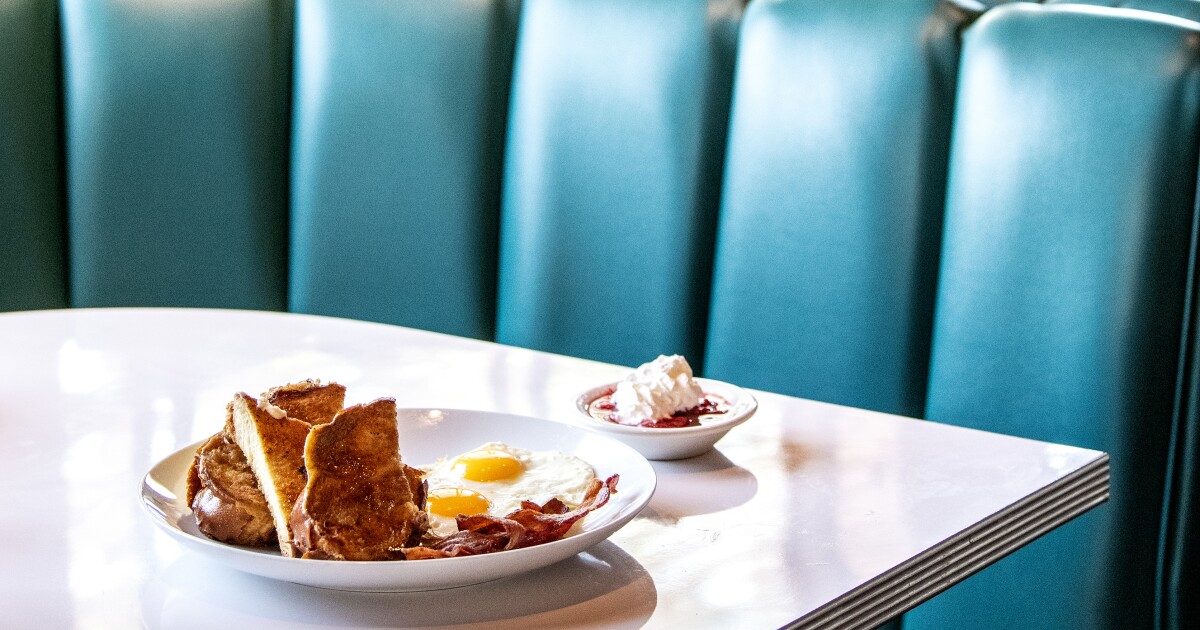 “Comfort” is an overused word when discussing the role of restaurants in our lives. But what better descriptor exists to convey the feeling of sinking into a booth or hopping onto a swiveling counter stool at one of LA’s evergreen diners?

The sturdy white mugs, ever full. The fast-moving staff, at once cheerful and no-nonsense. The haze of griddle smoke in the air. The canonical menu: eggs every which way, pancakes and waffles, ingredient-packed salads, club sandwiches, burgers and melts. And likely meatloaf for dinner. We frequent diners — or coffee shops, if you prefer, and not the kind that serve single-origin pour-overs — for their beautiful predictability.

In Southern California, diners come in all shapes, though the design of LA’s most fabled diners was codified in the mid 20th century with Googie architecture. Angled bursts of neon signage pointed the way inside to dining rooms outfitted in chrome, Naugahyde and Formica. These vintage buildings have been disappearing for decades. It’s a reminder to treasure the space-age shrines that do remain — including Foxy’s in Glendale, Bob’s Big Boy Broiler in Downey, Norms in West Hollywood and Pann’s in Westchester.

Because this is Los Angeles, some of our beloved institutions serve chilaquiles alongside eggs benedict, and the option of char siu or machaca in addition to sausage and bacon. We drove the lengths of the LA Metro area, savoring chile relleno omelets, country-fried steak and billowing banana cream pie — and so much more — in timeless, crowded rooms. These made the cut as our 25 favorite diners.