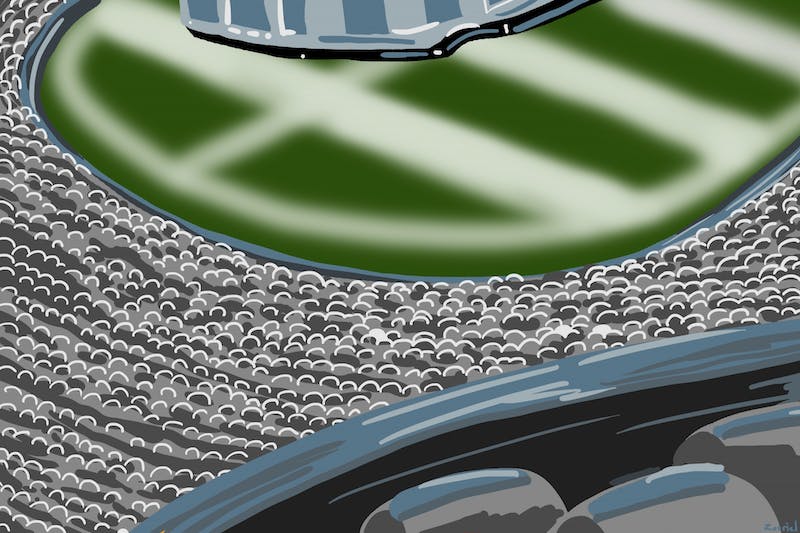 As the fall sports season comes into the horizon, the NCAA’s May 2022 mental health report sheds light on the student-athlete mental health crisis.

by Lanie Everett | 43 minutes ago


This past March, Harry Miller, a former Ohio State University offensive lineman, retired from football. Last summer, Miller had shared with his coach that he had intentions of committing suicide. After Miller stepped away from the game, recognizing his mental health challenges and seeking help for it, news media outlets applauded him for his courage speaking out of him.

Miller’s decision to walk away from football –– along with the tragic deaths of Bernett, Meyer, Miller and Shuluze –– rings a loud bell of a mental health crisis among collegiate student-athletes.

Why has a student-athlete mental health crisis taken shape? Most know that on a campus such as Dartmouth, adjusting to a college schedule is hard. It requires time management, new study skills and for most of us, fending for ourselves for the first time in our lives. For student-athletes, however, there is additional pressure to perform each season to the best of their ability for the sake of their teammates and coaches.

Stephen Gonzalez, the assistant athletics director for leadership and mental performance, shared that Dartmouth Peak Performance works on two sides of mental health. He said Peak Performance focuses on general mental health issues, such as anxiety or depression — the other side, in Gonzalez’s words, looks closely at “how to get people to thrive.” Sports psychiatrist Mike Hyatt aids the former while Gonzalez works towards the latter.

Dartmouth Peak Performance gives preseason presentations to all incoming athletes to introduce athletes to its resources and allow them to learn what DP2 has to offer, Gonzalez said.

“We are one of the few colleges in the United States at the DI level that actually has the entire mental health spectrum covered.” Gonzalez said. “… A lot of colleges and athletic departments have clinical departments but they don’t necessarily have mental performance personnel as well.”

According to an NCAA wellbeing study since May, mental health issues have intensified since the onset of the COVID-19 pandemic: “rates of mental exhaustion, depression and anxiety among college athletes continue to be 1.5-2 times higher than before the pandemic.” The most common concern reported among student-athletes was “feeling mentally exhausted constantly or mostly every day.”

Echoing the results of the study, Gonzalez said he believes the pandemic has exacerbated preexisting mental health issues among student-athletes.

“The pandemic really put lighter fluid on a smoldering fire and it’s definitely something that across the country with college athletics we are paying attention to,” Gonzalez said.

Bridget McNally ’24, a member of the women’s track team who is also pre-med, said that the demands of being a student-athlete can be challenging. In season, McNally goes to practice five times a week and lift three times a week, in addition to technical work and track meets that occupy the majority of her weekends. When asked about the challenges between her academics, athletics and social life, McNally pointed to time management.

“I guess the biggest challenge is just knowing that right when you get out of practice, you have to do your work and then you can have time either afterwards or on the weekend,” McNally said. “It’s [about] finding out what works for you.”

Gonzalez said he believes that for student-athletes to maintain their mental health during the fast pace of Dartmouth’s terms, they must be proactive in doing enjoyable activities outside of athletics. He added that although working out is usually thought of as a form of stress relief, for student-athletes, it can sometimes be the very thing that adds to existing anxiety.

McNally said that to improve her productivity and wellbeing, she enjoys spending time with people outside of the track and cross country teams and diversifying her friendships.

Gonzalez also emphasized the importance of community for student-athletes.

“Resilience is a team sport,” Gonzalez said. “You need to have relationships and people to rely on. You don’t do it on your own.”