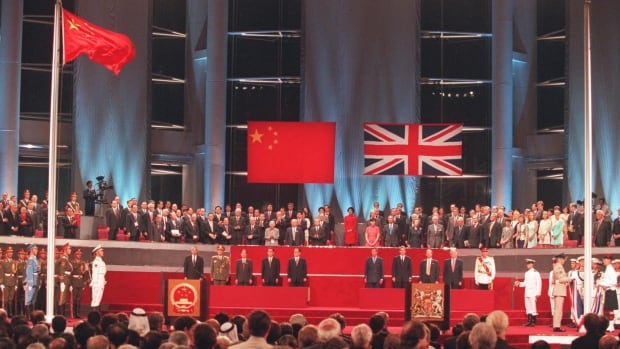 Twenty-five years ago, the United Kingdom handed the governance of Hong Kong over to the People’s Republic of China in what became known as the Hong Kong handover.

Decades later, the once international financial hub of Asia has diminished into a shadow of its former self.

Over the last few years, Hong Kong has been rocked by protesters who wanted to protect their rights and freedoms. As a result of an imposed national security law, many people left Hong Kong to start new lives in places like Canada.

In many ways, the Hong Kong handover has shaped Vancouver into what it is today.

desde June 27-30, tune in to The Early Edition at 7:10 am for Hong Kong Handover: 25 years later – a new special series on CBC Radio One with features on cbc.ca/bc and CBC Vancouver NNews about the events that occurred from July 1, 1997 onwards and their lasting impacts.

The Early Edition with Stephen Quinn airs weekdays from 5:00-8:30 am on CBC Radio One and streaming on CBCListen and read news stories from across the province at cbc.ca/bc.