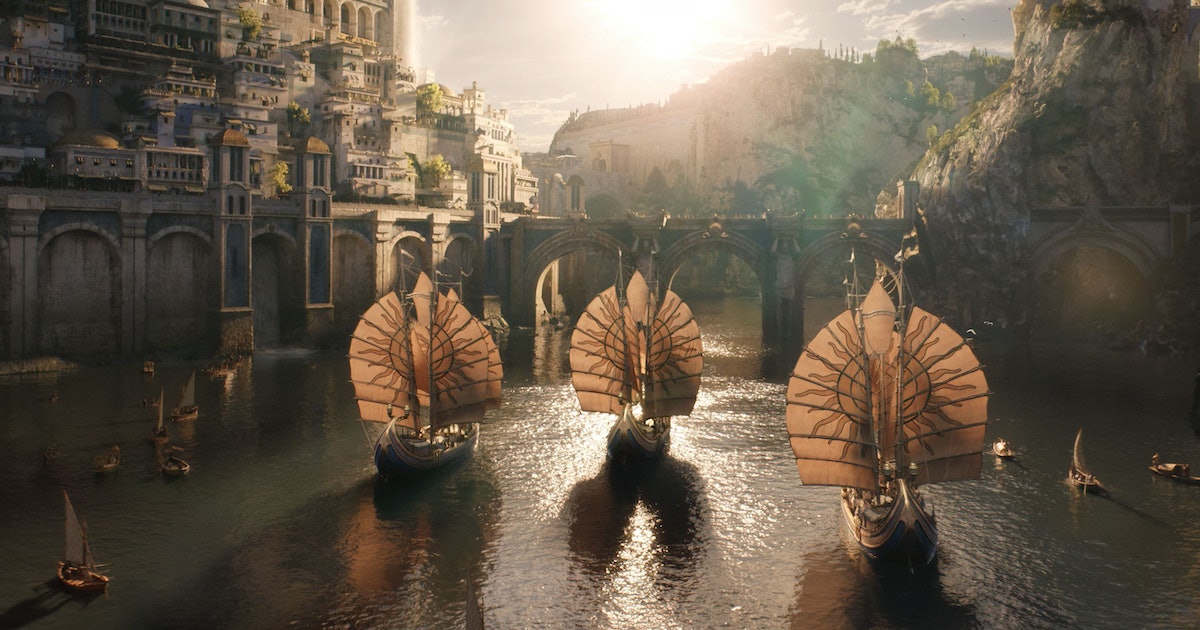 Peter Jackson Lord of the Rings film trilogy was a seminal event when it came out in the early 2000s, providing CGI high fantasy was possible. It also cemented the story in the public’s minds as a film, although author JRR Tolkien’s works started as books (and he wrote more than The Hobbit and Lord of the Rings). So, does that mean Lord of The Rings: The Rings of Power is *also* based on a book? Let’s get into it.

When Prime Video made its banner big-budget deal for a Lord of the Rings television series, most assumed this meant the rights to all of Tolkien’s works to pull from. But as a deep dive published in The Hollywood Reporter later revealed, that wasn’t the case; the streaming service did not have the rights to anything edited by Tolkien’s son, Christopher, which includes The Silmarillion, Unfinished Talesand The History of Middle-earth. Moreover, as production continued, the Tolkien estate further narrowed the show’s scope, with Guardian reporting the estate forbade the series from recreating anything included initially in Jackson’s films.

So, Amazon has the right to do a series based on The Hobbit and Lord of the Rings, but it does not have permission to use about 90% of what’s in them. For that reason, the TV show had to get creative, basing the new series on stuff from the books, but not on any story told within them.

If you recall, the story of The Hobbit and The Lord of the Rings are technically separate stories linked by a ring. The Hobbit focuses on Bilbo Baggins, who gets gathered up into joining a group of dwarves to recover their stolen treasure from the dragon Smaug. The important part is finding a ring of invisibility, which he steals from a creature named Gollum. The Lord of the Rings skips ahead to the next generation, when Bilbo’s nephew, Frodo, inherits the ring, which turns out to be the One Ring, the Ring of Power, which corrupts the hearts of all who wear it.

As the prologue of The Fellowship of the Ring lays out, the One Ring was forged in secret by Sauron after he forged other rings of power that were distributed to the primary races of Middle Earth: Elves, Dwarves, and Men. The One Ring controlled those who wore those rings and compelled them to serve Sauron and commit evil acts in his name.

The first film also explains that the nine rings corrupted the mortal men who wore them so completely that they became the Nazgul, who movie watchers are familiar with. But it does not explain what happened to the seven dwarves or the three elves who wore them, save one detail: The prologue shows that Galadriel was one of the elves gifted a ring by Sauron.

Since the TV series can’t dramatize any of this, it instead takes those details and builds a story out of them, one that does not exist in Tolkien’s works directly. The stories laid out in The Silmarillion, Unfinished Talesand The History of Middle-earth is background, and the future laid out in The Hobbit and The Lord of the Rings is the ultimate endpoint. But the story told here is wholly new and one that will hopefully surprise fans with its details.

The Lord of the Rings: The Rings of Power premieres with two episodes at 9 pm ET on Sept. 1, 2022, streaming on Prime Video. The series will follow a weekly release schedule with one new episode every Friday at 12:01 am ET.

Be the first to know what’s trending, straight from Elite Daily