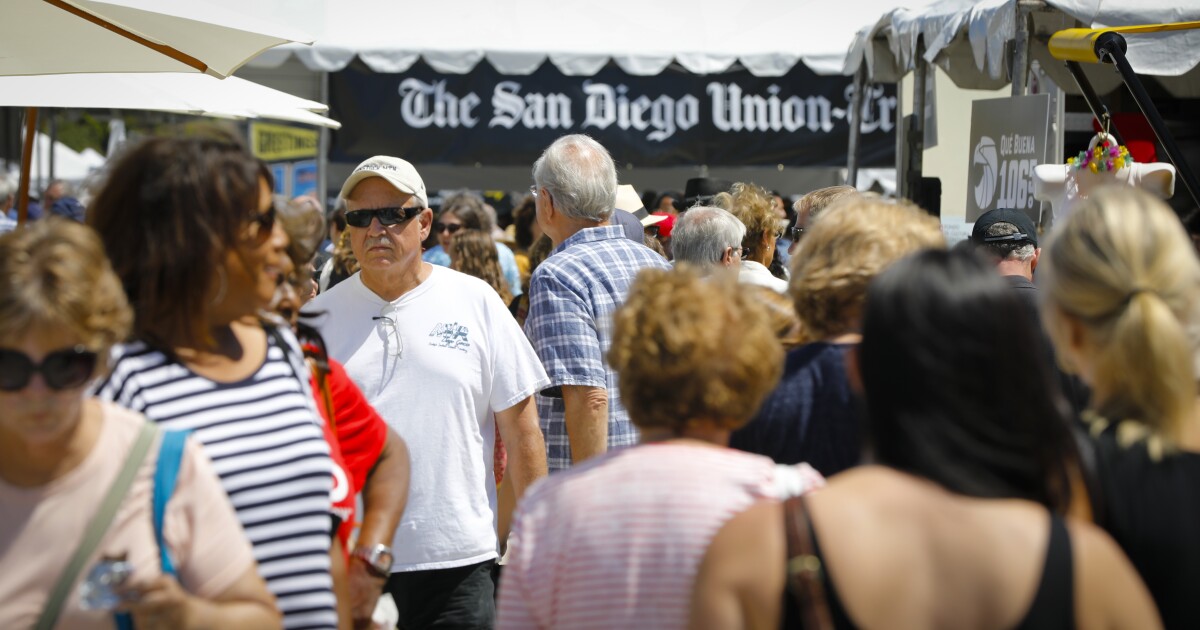 “Reading gives us some place to go when we have to stay where we are,” Mason Cooley writes. His insight into him is a brief echo of Emily Dickinson’s 1873 poem:

This Traverse may the poorest take
Without oppress of Toll —
How frugal is the Chariot
That bears a Human soul.

The San Diego Union-Tribune Festival of Books, with a new home at USD, will return on Saturday, Aug. 20, 9 am-5 pm No surprise there, as San Diego is routinely ranked by Amazon among the nation’s Most Well-Read Cities. I’ll be signing my books and would love to meet you there.

What do you get when you cross a gorilla with a clay worker? You end up with a Hairy Potter. We recently celebrated the 25th anniversary of the publication of the first Harry Potter book, Harry Potter and the Sorcerer’s Stoneby British author JK Rowling.

Unemployed and living on state benefits, single mother Rowling wrote much of her first novel sitting in local Edinburgh cafes or banging away on a manual typewriter in her sister’s home. Harry Potter and the Sorcerer’s Stone was rejected by 12 publishers before being accepted by Bloomsbury Publishing — and only then because the CEO’s 8-year-old daughter insisted on it. By the time she had completed six of the seven books in her projected series, Rowling was named “the greatest living British writer” — and she certainly has become by far the richest.

Lewis Carroll published his Through the Looking-Glass fantasy novel on Dec. 27, 1871, but the year was listed as 1872, so we celebrate its sesquicentennial. In this sequence to Alice’s Adventures in Wonderland (1865), Alice again enters a fantastical world, this time by climbing through a mirror.

Carroll showed a particular aptitude for conjuring up blend words by merging two words and paring parts of one or both. He called these inventions portmanteau words because he loved to scrunch two words into one as clothes are crammed into a portmanteau, or traveling bag. The most famous example of Lewis Carroll’s facile gift for blending is his “Jabberwocky” poem, in Through the Looking-Glass. This most familiar of all nonsense verses begins:

‘Twas brillig, and the slithy toves
Did gyre and gimble in the wabe;
All mimsy were the borogoves,
And the mome raths outgrabe.

When Alice asks Humpty Dumpty to explain the word slithy, he answers: “Well slithy means ‘lithe and slimy.’ You see, it’s like a portmanteau — there are two meanings packed into one word.” The egghead (soon to be an omelet) later performs mimsy: “Well, then, mimsy is ‘flimsy and miserable’ (there’s another portmanteau for you).” Two words that appear later in “Jabberwocky” have become enshrined in English dictionaries — chortle (“chuckle” + “snort”) and galumph (“gallop” + “triumph”):

Recently, 16-year-old Rohana Khattal, of Islamabad, Pakistan, invented the portmanteau word oblivionaire to describe a billionaire who is oblivious to inequality. Oblivionaire won the Learning Network’s “Invent a Word Challenge.”