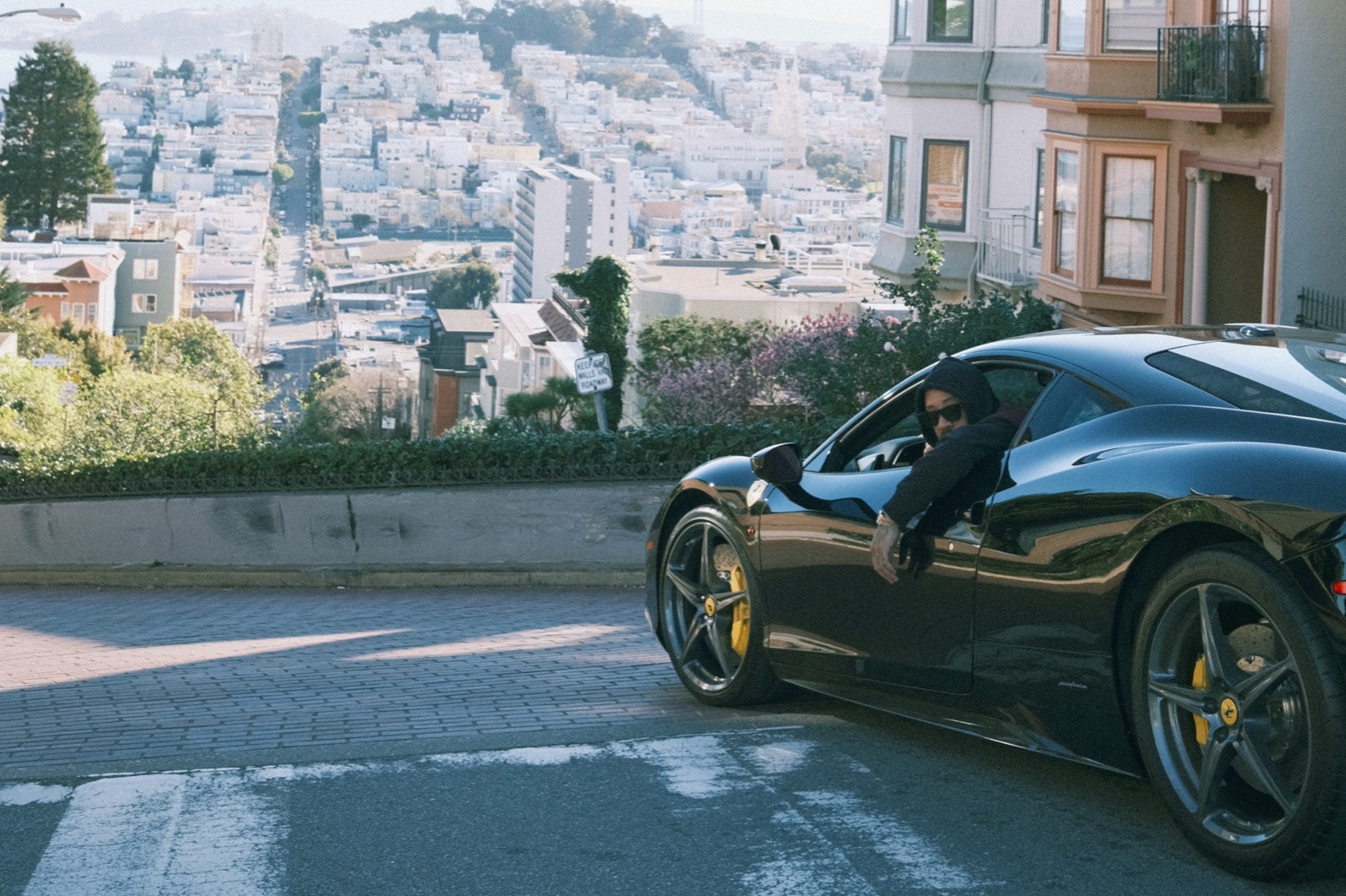 Festival lineups have always catered to the mainstream. When it comes to the flyer, at least, it seems the big headliners are always the draw, and anyone with size 14 text or smaller isn’t considered culturally important enough to spend hundreds of dollars to see. I think we’ve all come to terms with this festival logic.

So when the Outside Lands lineup was announced, I was both shocked that I could only recognize one Bay Area rapper on the ticket. How does the Bay Area’s biggest festival not include more rap talent from the area, especially when there’s so much? Sure, Green Day is cool, but so is Too Short. It is E-40. So where are all the Bay Area rappers and why aren’t they headliners?

Enter Larry June. As far as I can tell, he’s the only Bay Area rapper on the ticket. (Editor’s note: Symba, who is also performing at Outside Lands, was born in the Bay Area, but his festival bio describes him as “Los Angeles-based.”)

Larry makes the kind of music that Mac Dre would co-sign and Drake would inevitably “borrow” for a look at some point. June raps about her real life and the lessons he learns along the way. Whether he’s pushing green juice, financial stability or just discussing his many female friends of him, he has a way of taking the listener with him on the journey of an authentic bay life. Neither he nor his followers want it any other way.

This interview has been lightly edited for clarity.

San Francisco rapper Larry June is scheduled to perform at Outside Lands on Sat, Aug. 6, at 5:30 pm on the Twin Peaks stage. Credit: MIGGS

SFGATE: Where do you consider yourself from specifically?

Larry June: San Francisco, that’s where I was born. Only went to Vallejo for one year. I spent time in HP. I’m still in San Francisco now. Sorry, I know I’m boring.

SFGATE: As a local, where can people find you out in the city?

June: Honeybear Boba. Reindeer’s Liquor. Getting some calamari very peacefully. Honestly, I be biking and s—t. Record music. Hanging with my female friends. Now that I’m 31, I’m so out of the loop. Got my son full-time, so I do dad s—t.

SFGATE: As the only bay rapper on the outside lands ticket, how does that make you feel?

I mean I think it’s super dope man. I worked a long time to get where I’m at. I know about the Bay Area hip-hop scene, and we don’t get a lot of love like that, even for home-based things. They gave me a great set time. They showed a lot of love, and it makes me feel like everything I’ve been doing is paying off.

But I think Outside Lands, from what I know of it, is kind of catered to a whole different crowd anyway. Maybe they think the Bay Area rap is overdone. I’m so out of the loop. It’s a whole new wave of music. The Bay Area is tricky when it comes to music, and I always wondered why there’s not a lot going on hip-hop-wise here? So it’s hard to say this should be one way, and then when something big does happen [for Bay Area rap], it might get shot up or something. It’s a lot of politics, man. I don’t do politics. I just do me.

SFGATE: One thing I don’t like about the bay is that people feel entitled. People think they are from somewhere, so they should be on. That kind of goes with the set times and people wanting to book you.

June: I’m one of the biggest artists in the bay and I don’t even get radio play. I don’t depend on that. It is what it is. Build your own thing up, and the money will come and you got to keep rocking. I would prefer it any other way.

San Francisco rapper Larry June is scheduled to perform at Outside Lands on Sat, Aug. 6, at 5:30 pm on the Twin Peaks stage. Credit: MIGGS

SFGATE: How important is it to perform as Outside Lands?

June: It’s in my city, and I’m promoting the album right now, so why not? I’m not dying to do festivals, though. I don’t care if there’s 100 people in my set, I just keep pushing. I don’t even care about set times or whatever, I just do my thing and go home.

SFGATE: Why should people stop and see your set?

My stage will be very dope. The show’s going to be amazing. A healthy and organic experience. Festivals are different, though. We did a solo show in Chicago that sold out in one day. We do Lollapalooza and it’s way different. It’s going to be dope, but different.

SFGATE: Where do you see the future of bay rap going?

June: I think anything is possible. I think there’s going to be a new wave of young artists and someone is going mainstream. There’s a lot of talent in the Bay Area. And me, I’m apart of this, but I definitely think it can be a mainstream thing. The mainstream is definitely watching. The bay has always been a talented place. People come here to get ideas for their own stuff from what I see.

It’s not a real industry here as far as music. It’s like a techie world, and musically in the streets, so it’s hard for people to grow. Maneuvering through the Bay Area is very tricky. It’s why I avoid talking about certain things. It’s all about how you move.