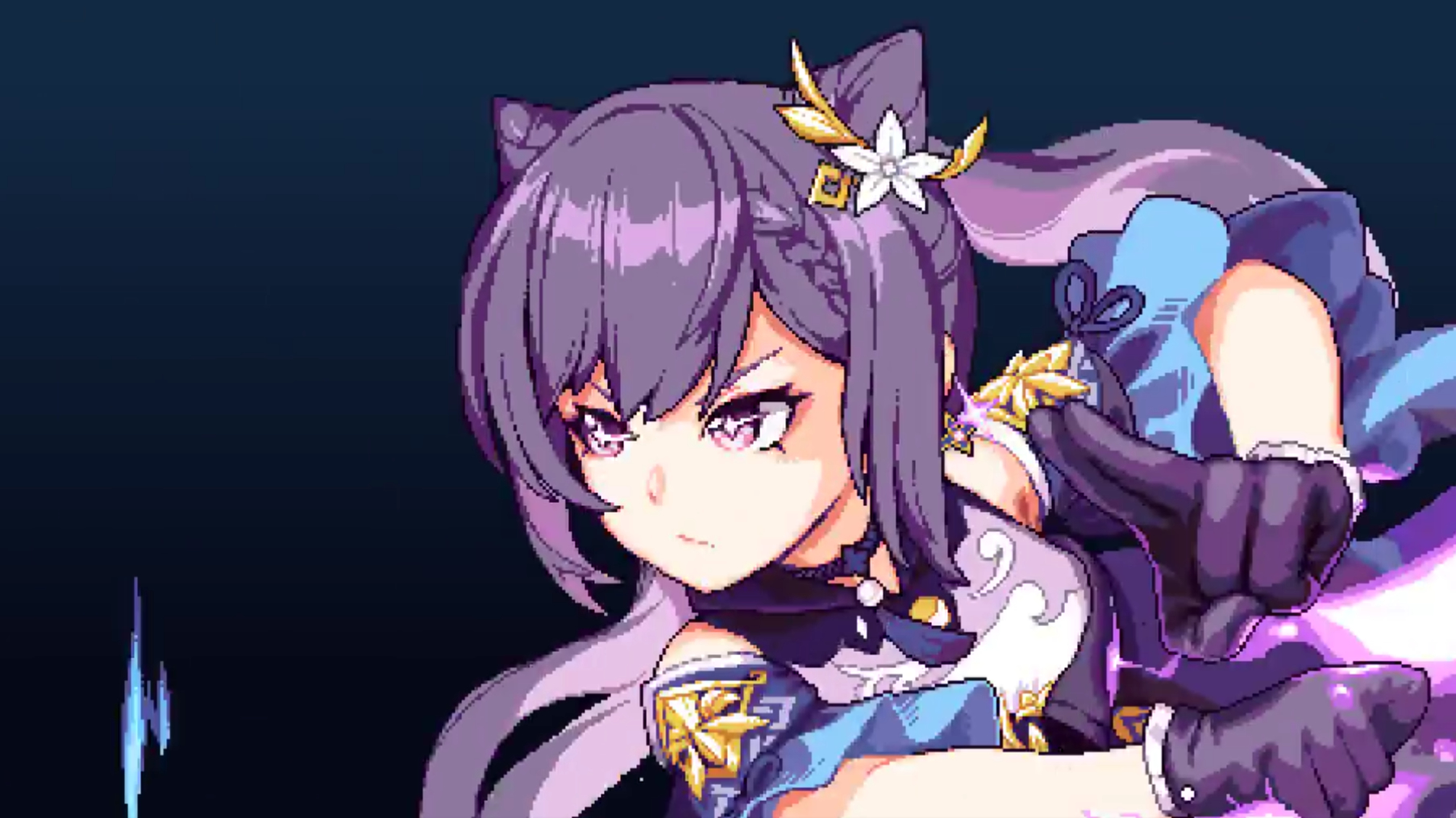 The community is full of talented artists, and this Genshin Impact demake is one of the most impressive works of fan art you’ll see this year. Freelance pixel artist OhoDavi manages to create a short combat scene that looks like it came straight out of a Game Boy Advance era turn-based RPG.

OhoDavi uploaded the short animation to Twitter earlier this week and was met with high praise from plenty of fans. At the time of writing, the post has over 44,000 retweets and 178,000 likes, and rightfully so. The clip features a whole HUD that includes character icons for the party, status numbers, a turn-based action menu, and other eye-catching elements. It’s also incredibly creative and realistic in terms of the layout — so much so that this looks like it could be a real spinoff game. 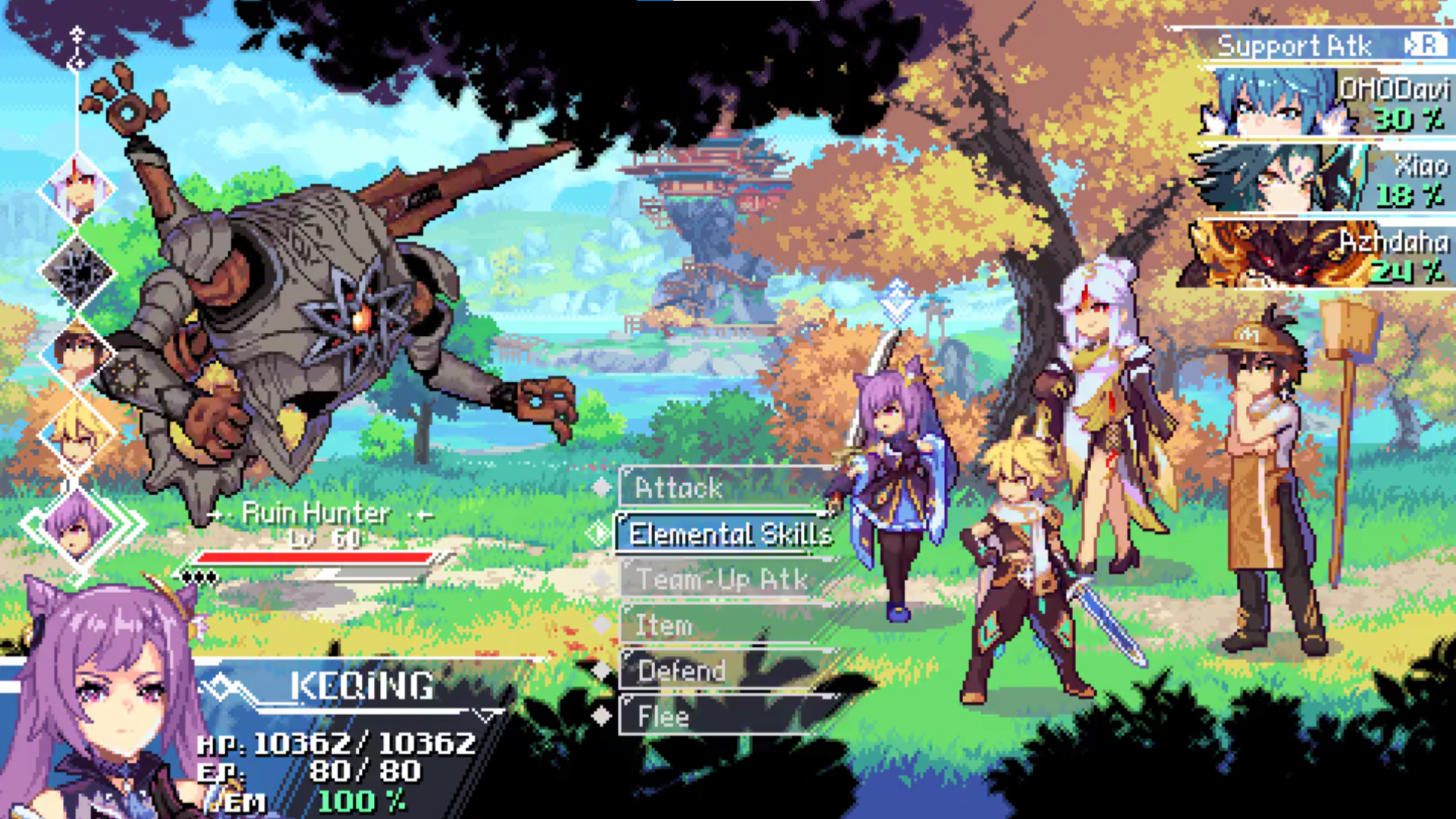 The 20-second video shows Ningguang, Keqing, Aether, and Zhongli (wearing his McDonald’s meme outfit, of course) in battle with a Ruin Hunter in Liyue. We can even see Wangshu Inn off in the distance thanks to the level of detail in the background art. The party also has Xiao, Azhdaha, and OhoDavi themself as support characters off to the side, opposite a tracker that indicates whose turn is next.

The setup scene is perfect, and it gets even better when Aether launches an attack that leads into a Zhongli combo and ends with Keqing performing a more stylish version of her Elemental Burst to finish off the Ruin Hunter. OhoDavi mentions in the Twitter thread that the beginning of Keqing’s section alone took them two months to complete, so we can only imagine how much time was put into the rest.

Those looking to see more coverage on the current, non-pixel art version of Genshin Impact can check out our guides for version 3.0, which include Archon Quest tips, pointers for new gameplay mechanics, Withering Zone advice, and more.