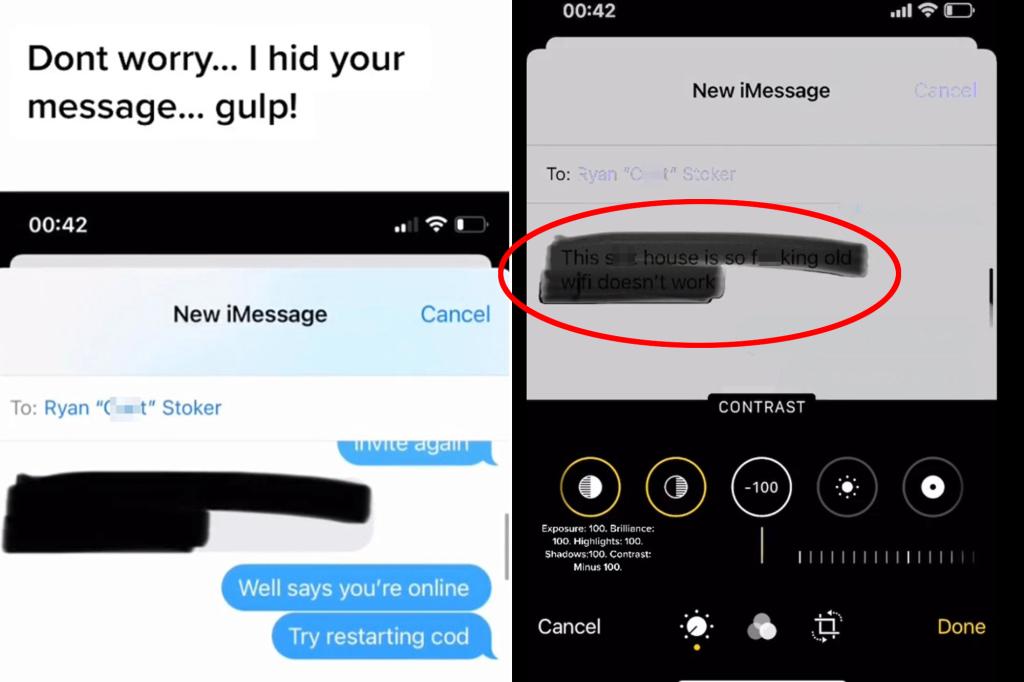 iPhone users have been cautioned against digitally editing screenshots of iMessage conversations.

The draw tool is not an effective censor for a sharp iPhone user.

Sending a screenshot of an iMessage conversation requires the occasional muzzling of prior messages.

But the modern-day redaction technique – using the draw tool to black out text – is fallible.

A TikTok unearthed a sneaky solution for reading hidden messages.

After learning about this iPhone hack, you won’t want to send screenshots with blacked out messages again.

To make a censored message readable again, take a screenshot and then open up the photo editor.

Turn up the exposure, brilliance, highlights, and shadows to 100.

These edits will dramatically alter the appearance of the censor over the text – but there is one more step.

Now, the black bar is more translucent gray color and the message is visible – for better or worse.

A safer method for cropping out previous messages is to hit enter on your keyboard until the message is elevated out of view.

That way, no censor is required and the message meant to be hidden is never captured in the screenshot in the first place.

Trading in screenshots of iMessages is inherently dangerous social territory.

Avoid this muzzling technique in the future to prevent a clever user from learning too much.

This story originally appeared on The Sun and was reproduced here with permission.