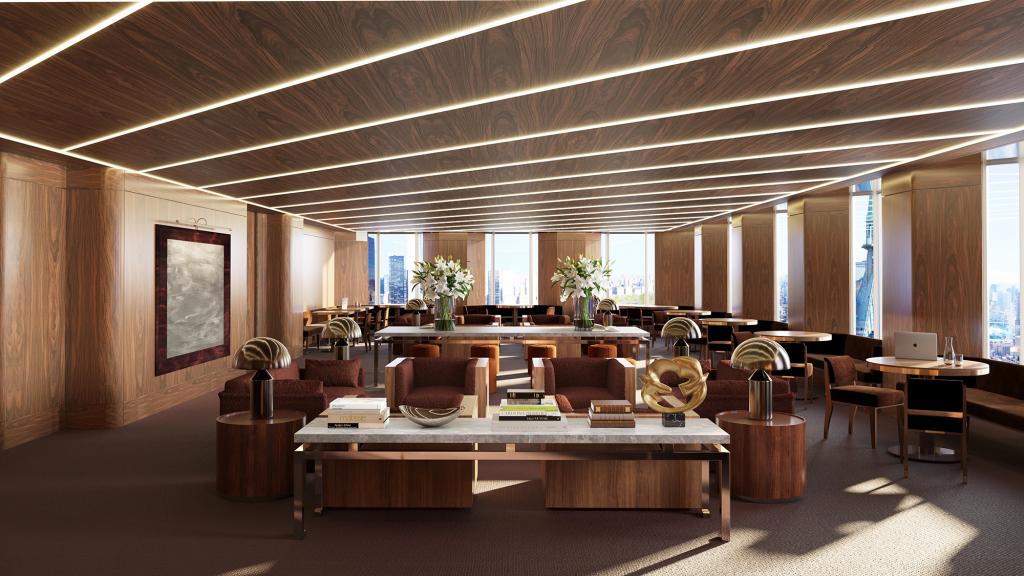 A posh new club is opening in the Big Apple — but this time with WeWork-like office spaces where the focus is on getting stuff done rather than just lounging around.

Members are asked to cough up a $125,000 initiation fee to join Colette, located on the 37th floor of the iconic GM Building across from Central Park on Fifth Avenue at East 59th Street. Annual dues are additional $36,000.

In return, members get access to a 400-square-foot private office, conference rooms, a members lounge and uniformed staff who bring coffee and snacks and serve as support staff. They also get access to the members-only restaurant in the GM building, Coco’s.

Colette — not to be confused with another club by the same name that’s aimed at swingers — is run by Edmund Safra of the Safra banking family and restaurateur Juan Santa Cruz.

The new club is aimed at people who might have second homes in New York City and don’t need a full-time office, according to the report. Members can resell their shares if they move away from the Big Apple or don’t need the space anymore.

“The world has been evolving for quite some time, and the pandemic has made it more evident that people do not use their offices as much as they think they do, or wish they did,” Santa Cruz told Bloomberg, which first reported on the club.

The swanky club is slated to open in March 2023 and will offer 23 private offices. Membership will be capped at 300.

A spokesperson for the club declined to comment on the report.

Start your day with all you need to know

But Colette joins a crowded field of clubs aimed at the super-wealthy, including The Core Club, which is opening a few blocks from Colette in the coming weeks and charges initiation fees of $15,000 to $100,000 and annual dues up to $18,000, according to the report.

Aman Resorts is opening nearby, offering $100,000 memberships to people who want exclusive travel perks, like private jets and boat transportation along with spa treatments and luxury concierge services.

There’s also the SoHo house, Casa Cipriani and at least another three relatively new clubs aimed at the one percenters.

Santa Cruz says Colette will stand out from the rest of the pack.

“We’re setting ourselves apart by the level of design, which, from the very beginning, is thought about for business performance,” Bloomberg told.

He personally selected the fabric that will adorn the walls, the wood veneer on the trim, the staff’s uniforms and the window treatments in each of the office’s double bay windows, according to the report.