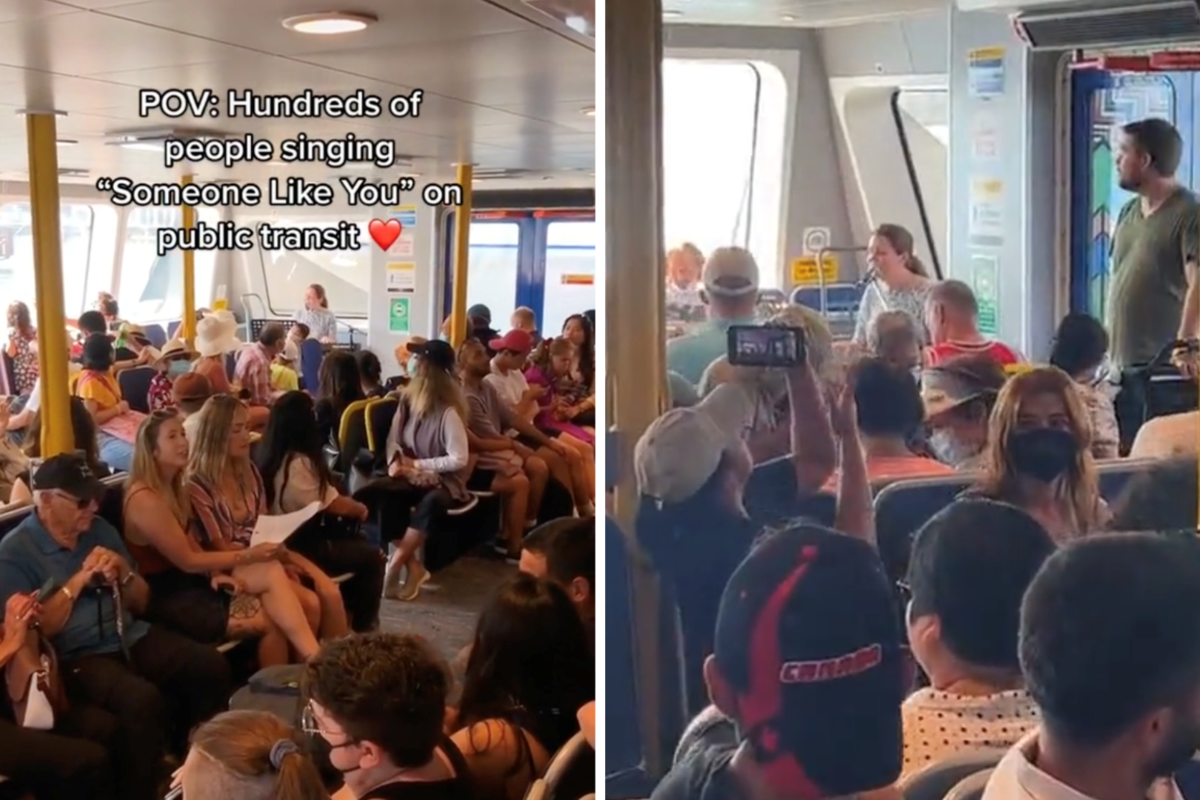 One particular Vancouver SeaBus ride turned into a Disney-like musical for some commuters.

One particular Vancouver SeaBus ride turned into a Disney-like musical for some commuters.

Passengers filled one SeaBus with singsong voices over the weekend on August 20 as it ferried across the water between Vancouver and North Vancouver.

A video shared by TransLink three days later showed people singing Adele’s “Someone Like You” and Pharrell’s “Happy.” Some people even got up to dance.

The singing wasn’t as random as most movie musicals are though.

Near the entrance, vocal coach Jill Samycia set up a keyboard and microphone ahead of the scheduled “SeaBus Sing-Along,” which lasted only two hours on Saturday, from two to four pm